President Nicholas Perrin told faculty and staff on Thursday that the suburban Chicago seminary has to make some “pretty fundamental changes in how we go about our business plan and mission.”

Trinity International University (TIU)—which includes an undergraduate school with two campuses, a graduate school, and a law school, in addition to the influential evangelical seminary—is concluding the first part of a three-phase process of “creating efficiencies.”

The first phase is focused on the seminary. It includes “reshaping the personnel” so that TEDS can carry out its mission “in a revenue-effective way,” Perrin said in a recording obtained by CT.

TEDS, never a big school, has long had an outsized influence on evangelicalism. The seminary made a name for itself in the defense of the doctrine of biblical inerrancy and served as the birthplace for Sojourners magazine. It was the institutional home for theologians D. A. Carson, Wayne Grudem, Clark H. Pinnock, Kevin Vanhoozer, and Bruce Ware, and has produced scholars such as Scot McKnight, Douglas Moo, Mark Noll, and David F. Wells.

What happens at the Deerfield, Illinois, school reverberates in evangelical institutions across the country.

Last week, the seminary eliminated at least seven faculty positions. A spokesman for the school declined to give exact numbers. Multiple professors, speaking on the condition that they not be named in this article because they are not authorized to speak for TEDS, said two faculty members have taken early retirement, three have accepted positions at other schools, and two have been terminated.

None of the positions are going to be refilled, Perrin told faculty and staff on Thursday. The cuts and other reductions save the seminary $920,000 annually, which is about 6 percent of what it spent on operations in the 2021–2022 school year.

The president added that he was asking faculty and staff to “reimagine your own identity.”

So far, only two of the departing professors have been named publicly. New Testament professor Madison N. Pierce is leaving to join Western Theological Seminary. James M. Arcadi, associate professor of biblical and systemic theology, had his contract severed and is now looking for employment.

“TEDS is in a financial situation that has been described as ‘near catastrophic,’” Arcadi said on social media. “My job is one of many casualties of this situation.”

“Trinity is taking proactive steps from a position of financial prudence and not a ‘near catastrophic financial condition,’” he said in an email to CT. “In order to thrive within today’s challenging market realities, universities cannot delay developing a sustainable financial model, while simultaneously addressing the changing needs of students.”

However one describes the financial situation, enrollment data paints a dire picture. The number of full-time seminary students has declined 44 percent in the past 20 years.

Today, TEDS has only 491 full-time equivalent students. The seminary would need another 599 paying the $14,525 tuition and fees to cover its annual $15.8 million operating costs.

The other option would be to increase fundraising. Trinity set a record for fundraising in 2020 with $3.3 million, meeting what Perrin called an “only-God-can-do-this” goal. The seminary still faced a budget shortfall in the spring of 2022.

TEDS is affiliated with the Evangelical Free Church of America but has historically positioned itself as a “pan-evangelical” institution. That has been an important part of its identity for many students.

“When I enrolled at TEDS in 1989, it was a place of dynamic conversation about the meaning of evangelical faith in the church and the larger society,” said John Fea, American historian at Messiah University and author of Believe Me: The Evangelical Road to Donald Trump. “We were participating in an intellectually stimulating project that brought the life of the mind to bear on the advancement of God’s kingdom in the world.”

Trinity was founded as a 10-week Bible course for Swedish free church pastors in 1897. It became a prominent evangelical institution under the leadership of Kenneth Kantzer in the 1960s. The academic dean (and future CT editor) sought to create an institution that could “combine centrist evangelical theological convictions with a commitment to academic excellence.”

For some students today, that’s still the TEDS ideal.

“I love TEDS,” said Joey Cochran, who completed a PhD in church history at the seminary in 2021. “Evangelicalism needs TEDS to thrive if it is going to have a shot at addressing the ongoing concerns of the ‘scandal of the evangelical mind.’”

Some TEDS faculty say privately that the Trinity administration has not done enough to sell this vision of the seminary and the best part of TEDS has been hidden under a bushel. There is real fear, multiple professors said, that the school will be accused of being “woke.”

But the market for a seminary with broad evangelical appeal may just be shrinking, according to former Trinity president David Dockery.

More megachurches are training their own pastors instead of sending them to seminary. And debates about racism, gender, sexual abuse, and COVID-19 have divided evangelicals so sharply that many no longer trust Kantzer’s vision of an evangelicalism that tolerates lots of differences.

“That was a model from the middle of the 20th century that seemed to work well, but schools that are thriving in the 21st century are more denomination specific,” said Dockery, now a special consultant to the president at Southwestern Baptist Theological Seminary. “For pan-evangelical seminaries like TEDS, Gordon-Conwell, and Fuller, it’s an uphill climb.”

“That’s institutional disruption that’s hard to recover from,” Dockery said. He served from 2014 to 2018, stepping down for health reasons.

“My hope is that, as I bathe myself in the Trinity experience, God will give us, as a team, clarity as to how Trinity should be led in the future,” he said in an introduction video posted to the school’s YouTube channel.

In addition to declining enrollment, the school was responsible for a major payment on a 2010 loan used to upgrade student housing and a student life facility. As a result, Perrin faced an annual budget shortfall of about $1.5 million.

The new president eliminated five faculty positions from the undergraduate Bible and ministry department three years ago. Professors from the seminary were assigned to teach undergraduate courses. The school also cut staff from the library, advancement, admissions, information technologies, and maintenance.

In a 2019 email to the faculty obtained by CT, Perrin described financial austerity as “the new reality” at TIU.

The next month, Perrin asked faculty to raise $100,000 by giving 10 percent of their income back to the school from September 2019 to the end of the year. The board agreed to match faculty giving three-to-one, with a target of $400,000.

“Apart from a speedy infusion of external cash resources, we will be ill positioned for achieving either the fiscal stability or the long overdue institution reinvestment we so desperately need,” he wrote. “With such a boon, however, those realities are well within sight though less than guaranteed.”

The faculty unanimously signed on to give back a portion of their income. More than half gave 10 percent.

In 2020, Perrin devoted about 40 percent of his time to fundraising. By the end of the year, the advancement office reported giving of $3.3 million, emails to faculty show.

But it wasn’t enough to fix things long term. The number of students enrolled at the seminary still declined. By the fall of 2021, TEDS was again facing a financial crisis. Perrin told faculty and staff it was an opportunity for reassessment. The school shouldn’t change its mission, but it needed to reexamine how it thought it could accomplish its mission.

“Challenging market realities are giving us a new opportunity to think afresh not only about our ‘why’ but also about the ‘how,’” he wrote. “That is, our allocation of our God-given resources.”

In December 2021, a few days before Christmas, Perrin returned to the theme.

“Given Trinity’s lack of success in recent years in achieving a sustainable business model, together with our God-given vocation as stewards, we have a responsibility to examine ourselves as an organization,” he wrote. 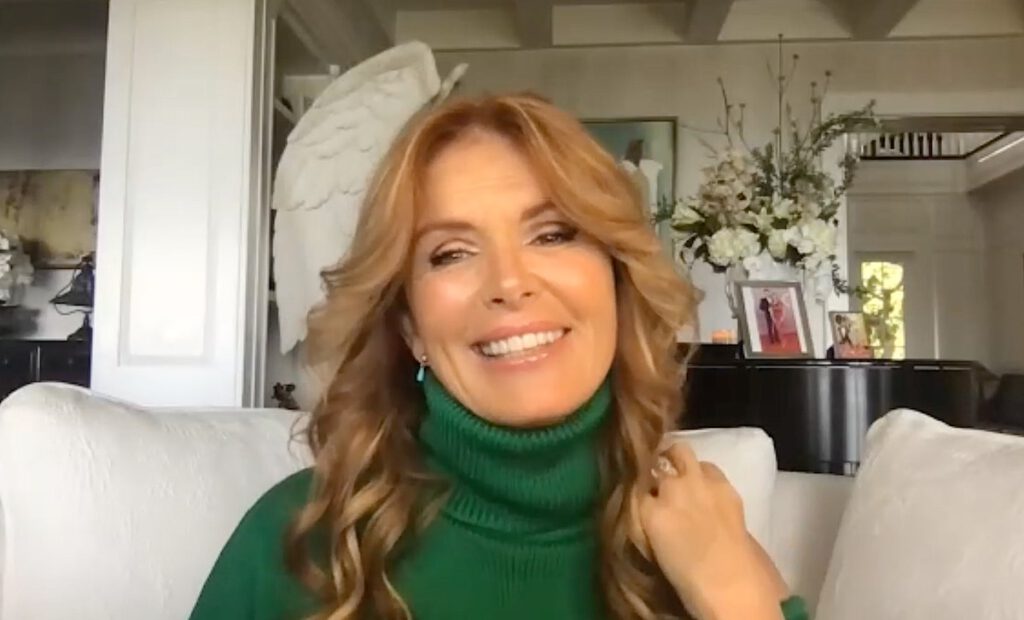 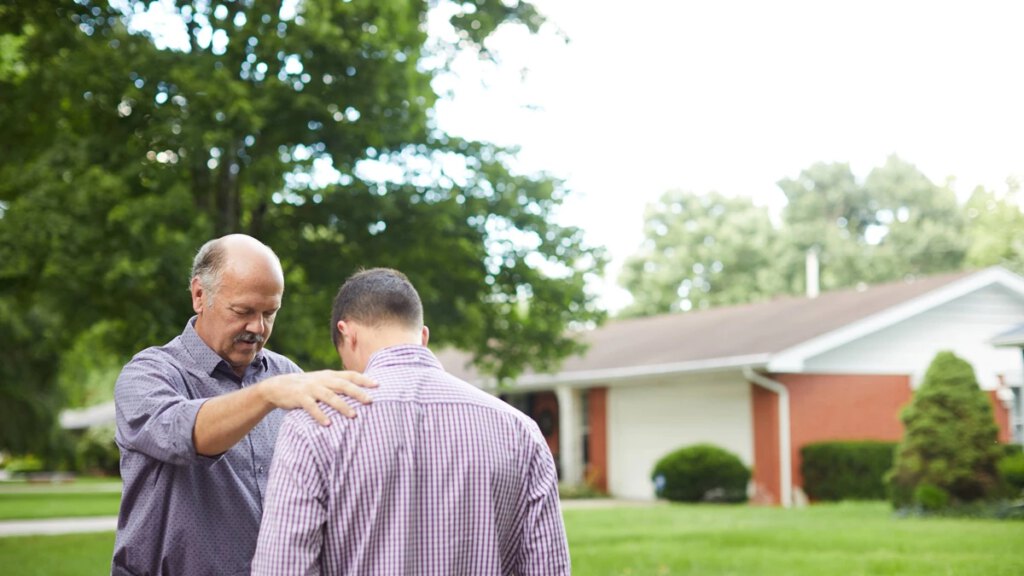