Responding to calls by evangelical leaders to designate this Sunday as a Global Day of Prayer for Peace and Security in the Middle East, many churches across the United States are praying for peace in Israel as a week of violence in the region is being described as the worst since 2014.

Hamas militants started launching rocket attacks on Israel last Monday as tensions had been brewing over a court case to evict several Palestinian families in East Jerusalem and Israeli police had clashed with Palestinians near the city’s Al-Aqsa Mosque, Islam’s third holiest site.

Palestinian militant groups in Gaza have fired over 2,300 rockets toward Israel since the outbreak of fighting on Monday, the Israel Defense Forces said, according to The Times of Israel.

Since Monday, at least 181 people have been killed in Gaza, including 52 children and 31 women, with 1,225 injured, according to the Hamas-controlled health ministry, BBC reported, adding that Israel has said dozens of militants are among the dead. At least 10 people, including two children, have been killed by militant attacks on Israel, according to Israeli officials.

“Evangelicals pressed pause on their lives to defend the State of Israel and the Jewish people against Hamas terrorists and their Iranian backers,” Moore told The Jerusalem Post. “Our community pushed back online in response to the disinformation coming from the terrorists, reached out to politicians obsessively, and this weekend tens of millions will pray for Israel in their churches.”

Jason Yates, CEO of My Faith Votes, also expressed his support for Israel.

“As Christians, we support the people of Israel because they are God’s chosen,” he said in a statement to the Post. “As Americans, we celebrate the State of Israel as an ally and the only democracy in the Middle East. … We call on President Biden to publicly stand with Israel without equivocation and make his position clear — the United States will not tolerate terrorism in any form, domestic or abroad.”

The United Nations Security Council is scheduled to hold an emergency meeting on Sunday to discuss the ongoing conflict, and an envoy of the Biden administration is in Israel to hold talks.

Also on Sunday, Israel’s security cabinet is scheduled to discuss the operation in the Gaza Strip. According to the Post, senior defense officials pushed Israeli Prime Minister Benjamin Netanyahu and Defense Minister Benny Gantz on Saturday to start working toward a ceasefire that would bring an end to the IDF operation.

On Saturday afternoon, an Israeli airstrike demolished the Al Jala building in Gaza City that housed offices of The Associated Press, Al Jazeera and a few other media outlets. The Israel Defense Forces said the building was used by Hamas’ military intelligence services and the media offices were used as “human shields,” The Times of Israel reported.

“Prior to the strike, the IDF warned the civilians in the building and gave them sufficient time to evacuate the building,” the Israeli military was quoted as saying.

Abu Obeida, the spokesman of Hamas’ military wing, has threatened to respond by targeting central Israel. “Residents of Tel Aviv and the center must be on standby,” the Times quoted Obeida as saying.

On Saturday, President Joe Biden spoke with both Netanyahu and Palestinian Authority President Mahmoud Abbas, urging de-escalation. Biden also reaffirmed his support for Israel’s right to defend itself but while expressing concern about the deaths of civilians, including children, and the safety of journalists, The Wall Street Journal reported.

In a speech, Netanyahu thanked Biden for his support and promised to limit civilian casualties, The Times of Israel reported, saying the White House said in a statement that Biden “reaffirmed his strong support for Israel’s right to defend itself against rocket attacks from Hamas and other terrorist groups in Gaza. He condemned these indiscriminate attacks against towns and cities across Israel.”

House Majority Leader Steny Hoyer, D-Md., who has been historically supportive of Israel, also tweeted recently in support of Israel after the missile attacks.

“Israel unequivocally has the right to defend itself & its people, & I condemn today’s unjustifiable attacks by Hamas against innocent civilians,” Hoyer tweeted. “Israelis & Palestinians both deserve a future of peace & security, & I hope both sides take positive steps to promote that end.” 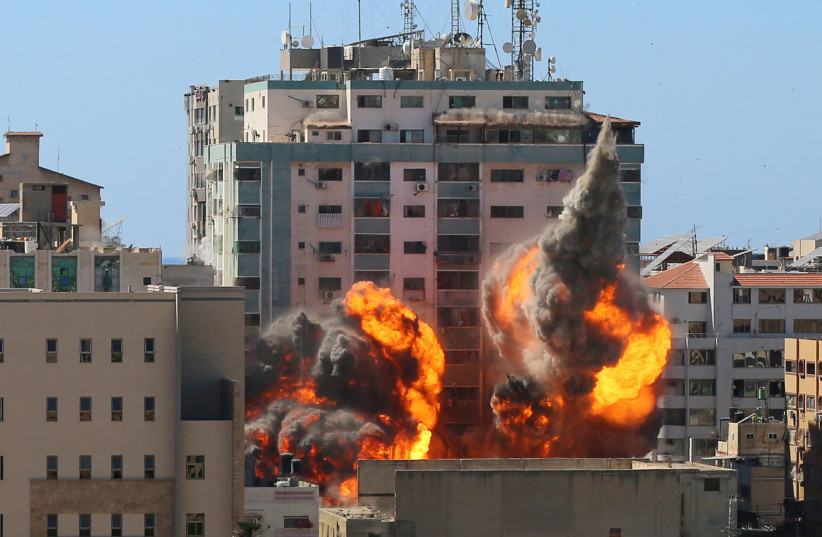 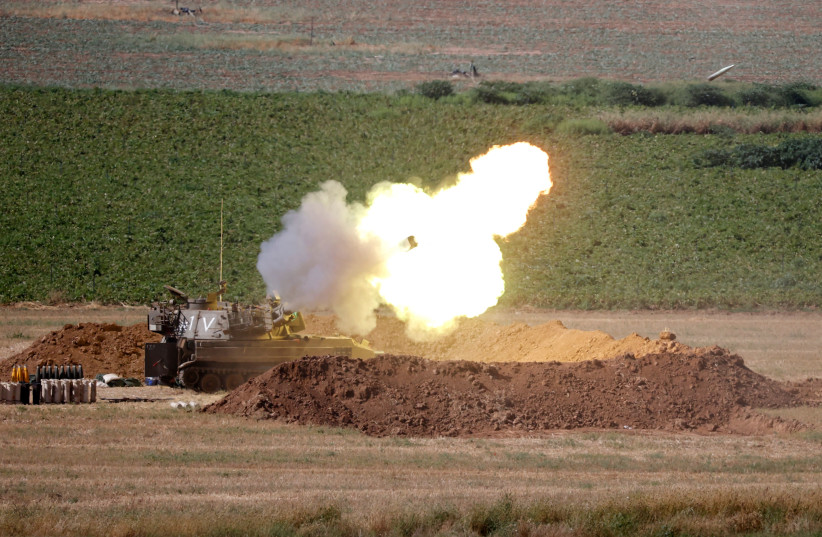