The deal announced Thursday to normalize relations between Israel and the United Arab Emirates that would see the suspension of Israel’s plans for annexation in the West Bank has received bipartisan praise as some see the agreement as a sign that “a peaceful Middle East” is possible.

The deal was facilitated by President Donald Trump, Israel’s Prime Minister Benjamin Netanyahu and Crown Prince of Abu Dhabi Sheikh Mohammed Bin Zayed. Under the terms of the agreement, Israel will suspend plans to declare sovereignty over areas outlined in Trump’s Middle East peace proposal earlier this year and “expand ties with other countries in the Arab and Muslim world.”

With UAE being the first, both Netanyahu and Trump hinted in a news conference that more Arab countries could follow suit in normalizing relations with Israel, a Jewish-majority state that has faced much hostility in the Middle East.

Under the agreement, the two Middle East countries will establish full diplomatic relations. The UAE will join Egypt and Jordan to be the third Arab country to establish such ties with Israel.

According to a statement released by the State Department, delegations from Israel and the UAE will convene in the coming weeks to sign bilateral agreements relating to investment, tourism, direct airline flights, the establishment of embassies and several other issues.

While the deal has been condemned by Palestinian President Mahmoud Abbas as well as Muslim countries Iran and Turkey, the agreement received support from leading establishment Democrats, including presumptive Democratic presidential nominee Joe Biden.

“Today, Israel and the United Arab Emirates have taken a historic step to bridge the deep divides of the Middle East,” Biden said in a statement, claiming the agreement is in part thanks to the efforts of multiple administrations, including the Obama-Biden administration.

“The UAE’s offer to publicly recognize the State of Israel is a welcome, brave, and badly-needed act of statesmanship. And it is a critical recognition that Israel is a vibrant, integral part of the Middle East that is here to stay.”

The agreement was also welcomed by House Foreign Affairs Committee Chairman Eliot Engel, D-N.Y., who said the deal is “a mutually beneficial step that will strengthen both countries.”

“It will contribute toward stability in the region and advance the cause of peace,” Engel, who is a Jewish believer, said in a statement. “I hope that this new breakthrough will give courage to other countries to move forward toward normalization and motivate Palestinians to give peace a chance.”

“It is critical that Israel’s right to exist is recognized by all [and] that Arab countries join in accepting Israel’s permanence,” Hoyer wrote in a tweet.

The agreement was also celebrated by prominent figures within Trump’s evangelical conservative voting base.

“Evangelicals are elated. For years, our community has worked and prayed for peace between the United Arab Emirates, its neighbors and Israel,” the Rev. Johnnie Moore, an evangelical communications executive who serves on the U.S. Commission for International Religious Freedom, told The christian Post.

Moore, who met with the Abu Dhabi crown prince along with other evangelical leaders in 2018, called the deal a “once-in-a-generation diplomatic achievement that will likely not be the last.

“We understand that peace is a process that has to have a beginning. But this is far beyond just a beginning. Baked into a deal like this one are the mechanisms to make peace really possible,” he said. “It isn’t a deal fixated on the problems to solve, but on the opportunities to be shared.”

Toufic Baaklini, president of In Defense of Christians, a nonprofit advocacy group devoted to the preservation and protection of Christians in the Middle East, said he is pleased to hear that Israel is suspending plans to annex new areas of the West Bank.

In a statement, he noted that the historic christian communities in the Holy Land had voiced their concerns about Israel’s plans to declare sovereignty.

“We encourage all parties to Middle East Peace Talks to continue to consult with the historic christian communities of the Holy Land in these negotiations,” Baaklini said. “This is a victory for Christians, Jews, and Muslims as followers of the great Abrahamic religions. IDC hopes that this is a positive step toward establishing a fair and lasting peace among all Middle Eastern nations.”

“Many, like myself, are old enough to remember Egyptian President Anwar El Sadat’s courageous trip to Israel in November 1977 which brought about peace between Egypt and Israel,” Youssef said in a statement. “Similarly, this agreement will go down in history as one of those history-altering events.”

Pastor Jentezen Franklin, senior pastor of the multi-site Free Chapel in Georgia, said in a statement shared with CP that the UAE-Israel agreement is “exhibit A” that “a peaceful Middle East is indeed possible.”

“This historic diplomatic agreement between the UAE and Israel is an absolutely incredible achievement,” Franklin contends. “My congregation and I regularly pray for the peace of Jerusalem. God is answering our prayers, and the prayers of millions of others.”

Reports last month had indicated that the Israeli government had already delayed its plans to begin declaring sovereignty over parts of the West Bank.

Rep. Rashida Tlaib, D-Mich., who became the first woman of Palestinian descent to be elected to Congress in 2018, said that she will not celebrate “Netanyahu for not stealing land he already controls in exchange for a sweetheart business deal.”

“The heart of the issue has never been planned, formal annexation, but ongoing, devastating apartheid,” she argued on Twitter. “This Trump/Netanyahu deal will not alleviate Palestinian suffering, it will further normalize it.”

In the last few years, the UAE has undertaken efforts to promote solidarity and religious tolerance. The UAE celebrated 2019 as a “Year of Tolerance,” and hosted a regional religious freedom summit as well as the first-ever papal visit to the Arabian Peninsula.

Last year, the UAE announced plans to build an interfaith complex called the Abrahamic Family House. The complex will house a church, synagogue and mosque on Saadiyat Island near Abu Dhabi.

The country has also committed to helping rebuild two churches that were destroyed by the Islamic State terrorist group in Iraq. 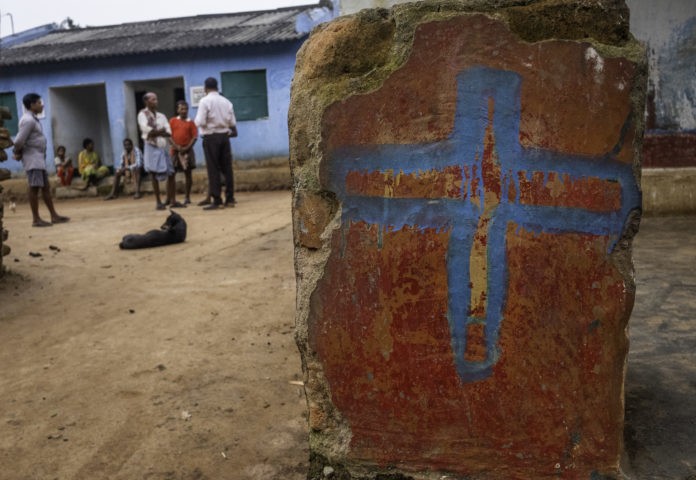