This Sunday, September 13, a man named Mark will become confirmed as a Catholic. Why is this significant?

Mark Galli, who will be confirmed under the name of St. Francis, is a former Presbyterian pastor and editor-in-chief for Christianity Today. And, as RNS noted, for a few days last December he was perhaps the best-known evangelical in the nation for his editorial calling for the impeachment and removal of Donald Trump from the presidency.

Galli, however, says the timing of his conversion to Catholicism two months before the next election is for personal reasons. After 20 years in the Anglican Church, he believes moving to Catholicism is not a rejection of evangelicalism but taking his “Anglicanism deeper and thicker.”

His journey took him from Presbyterianism to becoming an Episcopalian, then Anglican, with a brief time attending the Orthodox Church. This runs counter to trends in the U.S., as currently for every one convert to Catholicism, six leave the tradition. But notable Protestants, from Elizabeth Ann Seton and John Henry Newman, to G.K. Chesterton, Francis Beckwith, and Tony Blair. The RNS article observed:

Some converts are drawn to the beauty of Catholic ritual. Others to the church’s rich intellectual tradition or the centrality of the Eucharist, the bread and wine used for Communion, which Catholics believe becomes the body and blood of Jesus Christ.

For Galli that was part of it, but his fatigue with evangelicalism contributed as well. “I want to submit myself to something bigger than myself,” He said, a dding:

One thing I like about both Orthodoxy and Catholicism is that you have to do these things, whether you like it or not, whether you’re in the mood or not, sometimes whether you believe or not. You just have to plow ahead. I want that.

Why do Evangelicals Become Catholics?

Beauty: In the National Catholic Register an article on the book Evangelical Exodus: Evangelical Seminarians and Their Pathsto Rome noted beauty as one reason. No less than ten Southern Evangelical Seminary students contributed to this book, as did Francis Beckwith of Baylor.

​In Protestantism, there’s a tendency to dismiss any reason other ​​than the intellectual. But as human beings, we’re both physical and spiritual ​creatures. In the Catholic Church, he found, intellect and reason are respected; ​but the Catholic Church is also more beautiful and more historical. There is an ​attractive package which draws the spirit, combining art and music and beauty, a ​long history, and tradition, with solid intellectual arguments.

Spirituality: Scott Hahn, another former evangelical now Catholic, in his chapter “Come to the Father: The Fact at the Foundation of Catholic Spirituality,” in Four Views on christian Spirituality, notes the great diversity of expressions of spirituality from the

. . . silence of the Trappists and the Pentecostal praise of the Charismatic Renewal; the rarified intellectual life of the Dominicans and the profound feeling of the Franciscans; the wealth of the knights of Malta and the elected poverty of the Missionaries of Charity; the strict enclosure of the Carthusians and the world-loving secularity of the Opus Dei; the bright colors of Central American devotional art and the austere blocks of the German cathedrals; the warrior spirit of the Templars and the serene pax of the Benedictines; Ignatian detachment and Marian warmth.

He argues this shows the richness of Catholic spirituality which “presents a forest indiscernible because of the variety and number – and even the age – of its trees.”

Authenticity and beauty in worship. Though many Catholics left for more vibrant evangelical services, many miss the sense of awe and reverence seen in the liturgy of the church, as it “represented something sacred and beautiful.”

Intellectualism. “Catholicism has a rich intellectual pedigree that remains competitive in today’s marketplace of ideas that evangelicals hardly match. Catholics have traditionally been leaders in such high professions like law, medicine, and education, and Catholic universities often compete with and far surpass those funded by the secular public. For a christian intellectual, Catholicism can be an antidote to evangelicalism’s rampant anti-intellectualism.”

Church Polity. The various approaches of elder-led vs. elder-ruled, the role of women, and other areas of dispute among evangelicals makes the hierarchical approach of Catholicism appealing for some when compared to “competing with one another by the means of building a ministry around a cult of personality, which so often drives evangelical ecclesiology.”

McKnight examined this issue in an article for JETS (Journal of the Evangelical Theological Society) entitled (ironically, for this moment) “From Wheaton to Rome: Why Evangelicals Become Roman Catholic.”

He quotes Chesterton who says he took the path of Rome “to get rid of my sins.” McKnight argues Scott Hahn noted above and musician (from the Jesus People Movement days) John Michael Talbot––who moved from a Pentecostal-Fundamentalist faith to becoming a Franciscan––offered two notable examples to understand the transition.

McKnight concludes with two contrasting points. First, there will continue to be evangelicals concerting to Catholicism “until the evangelical churches can get a firmer grip on authority, unity, history, liturgy, and a reasonable form of certainty on interpretation.”

Second, “until the Roman Catholic Church learns to focus on gospel preaching of personal salvation, on the importance of personal piety for all Christians—and abandons its historical two-level ethic—and personal study, and on the Bible itself, there will be many who will leave Catholicism to join in the ranks of evangelicalism.”

So what are my thoughts?

Well, a few parts of my own journey. First, I was raised nominally Roman Catholic in a New York City, Irish Catholic household. We were not active, though it did leave an impact on my life. Interestingly, my mother came to faith through the Catholic Charismatic Cursillo movement.

While doing my M.Div., I attended a Catholic seminary (and later transferred the credits to a Southern Baptist seminary). While I was there, I took preaching (which, was not particularly helpful as you might imagine) and Reformation History. It turns out they have an entirely different view of that Reformation thing!

Mark is a friend—the Red Apple behind Christianity Today is our lunch spot. We agreed on much, though we differed at times—always amicably. (I did ask him about the photographer at his new Catholic church and he pointed out that was from RNS.) I also asked how long this was in process—was it while you were writing your closing thoughts to evangelicals? (He told me he explains more in his forthcoming book.)

However, I don’t blame converts. I do try to understand them. And, like Mark felt it necessary to put Christianity Today on record about sexuality after a former editor changed his view, I thought it might be helpful to publish in the same magazine about his conversion.

You see, I’ve known converts to Catholicism, and have talked through the process with them. I get part of the reasons. Actually, my own family converted to Eastern Orthodoxy (with my stepfather becoming a priest). (I explain that here, in a long article about Hank Hanegraaff’s conversion to Orthodoxy.)

Yet, I am (and remain) a conservative, evangelical protestant. Furthermore, in that subcategory, I am a Baptist. And, for good or for ill, my theological convictions of thirty years ago remain pretty consistent. I lean reformed, believe in all the spiritual gifts, and think the gospel works by grace alone, by faith alone.

Here’s where it brings me. The strengths of evangelicalism also reveal our weaknesses.

First, we are strong on the act of conversion, but not so much on ongoing sanctification subsequent to the new birth. We need a much more robust view of church, community, and the fullness of christian life.

Second, most, not all, evangelicals shy away from overly ritualistic or liturgical worship, yet in so doing we turn our services into performances and our time of singing into the latest play list of what’s new. We have lost a sense of history and heritage and have replaced the depth and breadth of historic Christianity with the surface effects of pop culture.

Third, we emphasize practical Christianity (to the place of sheer pragmatism sometimes) and too often ignore contemplation. Yet most of us hunger for that which is beyond us, something that cannot be captured in a four-point self-help sermon or answered with a sound bite. “I came to church to meet with an awesome God,” one unchurched person said at a megachurch she visited, “But all I got was a Tony Robbins event.”

Fourth, we preach and teach the imminence of God, who can be our friend and, in application, our life coach, who is interested in the now of life. But we ignore the vast transcendence of God and his work in creation and in history. We champion busyness and workaholism and ignore Sabbath rest and seasons of prayer, because it would hinder our activism.

Fifth, our activism has led us, fairly or not, to be categorized as Donald Trump foot soldiers, which unquestionably has contributed to the rise of Ex-vangelicals. Perhaps some of these will move to Catholicism, Orthodox, or Anglican traditions.

At the end of the day, I’m not just a Protestant, I’m a somewhat non-ecumenical one. I’ve been told that I’ve spoken at more evangelical denominational meetings than anyone living. (I don’t keep track, so I don’t know, but I do value evangelical collaboration for mission and evangelism—because of our common view of the gospel.)

But, I’m not a signer or Evangelicals and Catholics Together and I don’t generally engage in broader ecumenical conversations. Simply put, my focus is generally on evangelism and mission/s, and evangelicals and Roman Catholics generally do not align in such endeavors. (If you’d be interested in a dialogue between Catholics, Orthodox, mainline, and evangelical missiologists, please see the book we all contributed to, The Mission of the Church: Five Views in Conversation.)

That gives us a different understand about the gospel—and, as such, I’m disappointed to see Mark leave that understanding of the gospel for another.

He’s my friend (and he has read and given feedback on this article). I imagine we will talk over this at the Red Apple Pancake House.

But I remain a Protestant because of what I see in the Bible, the conversion Jesus worked in my heart by His grace, and the imperfect community of evangelicals that together we once served.

The Exchange is a part of CT’s
Blog Foru

The Absence of Injustice Is Not Justice 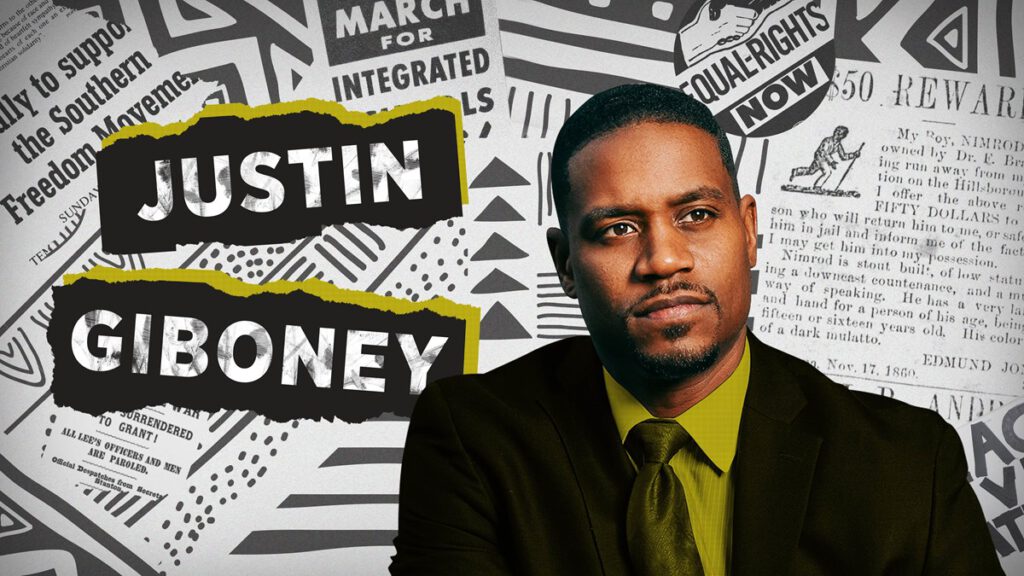 Christian Colleges Are in Crisis. Here’s What That Means for the Church. 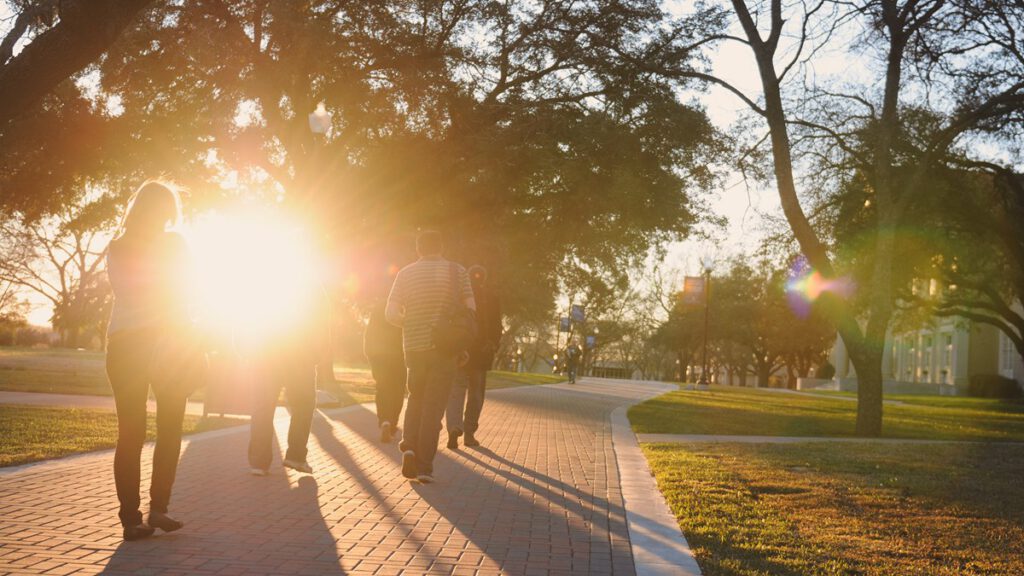