(RNS) — After the killing of George Floyd on May 25, George Fox University, a Quaker-founded evangelical christian school in Oregon, announced plans to change its campus culture, improve police engagement and diversify its board of trustees.

Gordon College, a christian institution in Massachusetts, said it would consider adding a Black history course to its core curriculum. Calvin University in Michigan offered a summer class on “Faithful Anti-Racism in a Time of Pandemic.”

They were among the dozens of evangelical colleges and universities that issued statements grieving Floyd’s death in police custody and pledging to find practical steps to address racial justice on and beyond their campuses.

But the schools’ promises to correct an often-common history of failing to prioritize racial justice and reconciliation left some students unsatisfied.

“You failed me and so many other black students,” a George Fox graduate commented on a George Fox Facebook post. “Do better than just putting words on facebook.”

“You fail to support students of color in and out of the classroom. Your retention rates for students of color are lower because y’all don’t know how (to) hire diverse faculty who are able to connect with the students,” another commented.

Students and staff at Calvin University were also vocal about their desire for a more decisive response from leadership in the wake of Floyd’s death.

Two Black staff members who were then advisers to Calvin’s Sister to Sister affinity group for Black women wrote a May 30 open letter to Calvin’s administration.

Race relations experts say they have been trying for years to move these often predominantly white institutions to be not just diverse in student body and their faculty and other hires, but truly inclusive. The deep national response to Floyd’s death has now put pressure on some of these institutions to go beyond promised prayers and panel discussions.

Shirley Hoogstra, president of the Council for christian Colleges & Universities, said she doesn’t think racial justice efforts are “any more challenging in christian higher education than in white-majority education.” But she said that the leaders of the 140 U.S. schools in her consortium are seeking to find ways to foster appropriate relations on their campuses.

The effort is driven not only by this summer’s protests but by broader demographic changes. The Black student population at CCCU-related institutions has grown, according to U.S. Education Department data, from 9.73% in the 2007-08 school year to 10.8% in 2018-19. Hispanic students increased from 5.3% to 11.3% in the same time period.

Leaders of christian colleges and universities still need to work on providing minority students with a college experience where they are not regarded, wrongly and even unconsciously, as outliers in an environment primarily catering to white people, Hoogstra said.

“I would say the challenge is to be able to have self-reflection and self-assessment as to how then you become a school that no longer has students who are guests and hosts,” she said, citing advice from Rebecca Hernandez, chief diversity officer at George Fox University, and other leaders of color in the CCCU community.

“The university has been at this work for many years, and we acknowledge we’ve had failures alongside our successes. Work we said was a priority was not always treated as such. As a community, we own that. We must do better.”

As part of the changes, George Fox will be training its campus security in de-escalation tactics, will develop student learning goals to address diversity and inclusion through a pilot program in spring 2021, and will be hiring a new admissions staffer focused on building relationships with diverse student populations.

“These initiatives are part of a long-term commitment of the university,” said Hernandez. “It comes out of our Quaker roots. Quakers have historically been very involved in peace and justice efforts.”

Hernandez, who has been at George Fox for almost seven years, said the university has been prioritizing recruitment and retention of faculty and staff of color as long as she’s been there, which has resulted in a faculty that is 18% people of color. She noted that George Fox still has a “ways to go” until the faculty is representative of the student body, which is 32% students of color.

At Gordon College, student leaders chose not to settle into summer break but instead to demand that their school get to work after Floyd’s death.

“Our student government brought to our attention that while this may be summer, this is a crisis situation,” said Nick Rowe, associate vice president for student and global engagement. “They said our students are suffering and are really frustrated because it feels like the school they go to isn’t equipping them to respond to what happened.”

The student government, in collaboration with Black-led student groups, proposed making curriculum changes that would highlight Black experiences within the coursework.

Gordon says it is taking that proposal seriously.

In a June 12 Facebook post, Gordon stated: “We know we can do better, and we are sorry for the hurt and harm that our Black community has endured through their Gordon experience. … We are committed to listening well so that we can act well.”

Though curriculum changes aren’t final — Gordon wants to build consensus to avoid a “quick fix,” according to Executive Vice President for Academic Affairs Sandy Doneski — Rowe said that the changes will include the addition of a Black history course to the core curriculum.

That diversity has not been reflected in the faculty and staff, who have grappled with what Rowe called “white normativity” in the classroom.

At Calvin University, the day after Guinyard and Hamilton released their open letter, the school’s president released a statement acknowledging the pain of “black and brown members of our community” and expressed the school’s commitment to “anti-racism, anti-violence, and the vision of God’s shalom for the human community.”

“We have some amazing students, and I think they’re good at holding our feet to the fire,” said Pennylyn Dykstra-Pruim, Calvin’s associate dean for diversity and inclusion. “They let us know when we’re being slow.”

Recently, Calvin redesigned Dykstra-Pruim’s position to prioritize diversity and inclusion in both faculty training and in curriculum development, especially as Calvin works to revamp its core curriculum.

As part of her reconfigured position, Dykstra-Pruim has been working to help faculty and staff draft statements of diversity and inclusion to include on their syllabi. All faculty will be asked to include these statements in the fall.

No less self-examination is going on at christian seminaries, where students and some professors have also called for greater inclusion and racial justice. After Black leaders at dozens of theological schools and religion departments released a statement in early June, scores of white deans and presidents at institutions belonging to the Association of Theological Schools followed with a letter pledging solidarity with their colleagues of color and a focus on “unlearning white supremacy” and “reimagining theological education.”

Ally Henny, who helped organize a 2018 #ToxicFuller protest while a graduate student at Fuller Theological Seminary in Los Angeles, said she was pleased to hear her alma mater’s president and four associate deans signed the letter. But Henny reserved her congratulations until she saw substantive change.

Henny said some professors at Fuller, whose students were 8% Black and 5.8% Hispanic in the 2019-20 academic year, were intentional about including Black and Hispanic authors on their reading lists. Others tended to pick only one week of a course to focus on writings of scholars who were not white men.

“Fuller is what I would call nice white folks,” said Henny, a writer and podcaster who was a member of the school’s Black Seminarians Council until her June graduation. “They understand how to present themselves in the space as if they’re listening but whenever you get to action points and you get to the rubber actually meeting the road, Fuller suffers from what a lot of institutions suffer from and that’s inertia.”

Alexis Abernethy, who was hired as Fuller’s associate provost for faculty inclusion and equity just before the 2018 protest, said she understands Henny’s concerns and is aware that some faculty still need to make a more concerted effort to put together inclusive syllabi.

But structural changes have begun, Abernethy said. Fuller’s faculty now have to report progress on diversifying their courses in their annual reports to their deans. The school is also pushing for a “deeper integration” of Black and Latino authors in the upcoming academic year so that professors include their perspectives more often across a quarter.

Brenda Salter McNeil, an associate professor of reconciliation studies at Seattle Pacific University, has been an advocate for making race relations a priority at christian seminaries and colleges alike. In 2019, she led a discussion, “Diversity Is Discipleship,” at the CCCU’s third Diversity Conference.

Salter McNeil said she hopes religious institutions of higher learning will start doing “real reparative work” along the lines of Georgetown University’s initiatives to address its historical ties to slavery.

But Salter McNeil said she feels exhausted by trying to motivate schools to address race. “The CCCU has so hurt and disappointed so many of us who have worked for years to try to be patient enough and collaborative enough and in dialogue enough with this issue that many of us have given up,” she said. “I have given up.”

Hoogstra said it was “heartbreaking” to hear Salter McNeil’s assessment.

“When an outstanding leader like Brenda Salter McNeil has said, ‘I’ve given up,’ it just tells you the weight of the burden,” she said. “As a white leader with a position of influence, I am committed to making sure that that doesn’t happen for our next generation of leaders.” 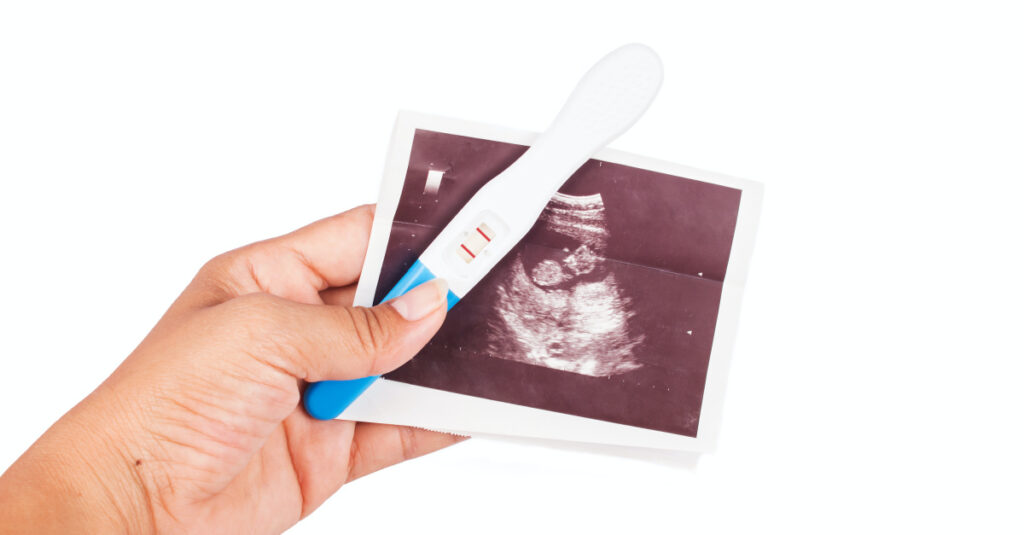 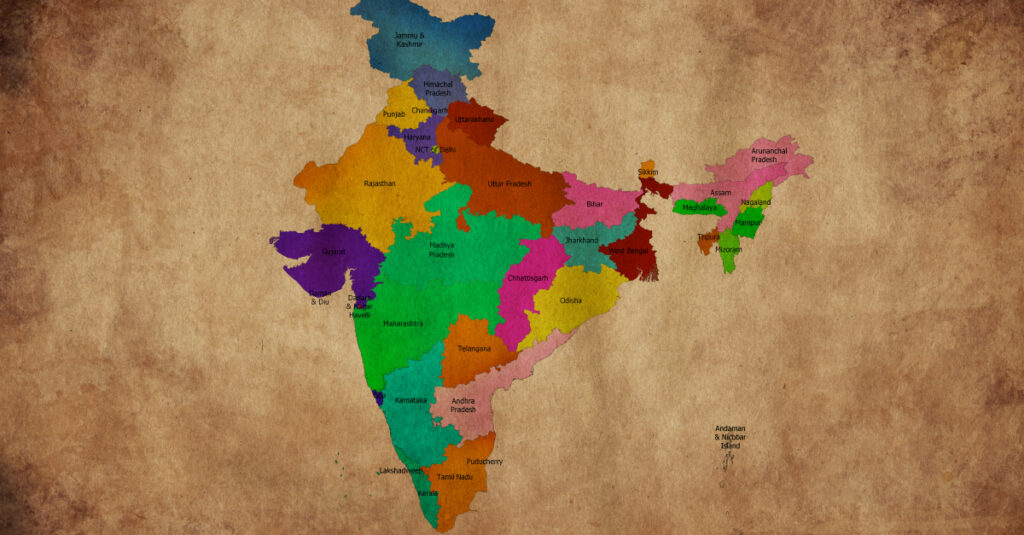