Edelstein: Israel to sign deal for Pfizer vaccine on Friday

Minister of Health Yuli Edelstein holds a press conference during a visit at the Hadassah Ein Kerem hospital in Jerusalem, on July 15, 2020.

Israel will sign a deal on Friday with Pfizer and order millions of coronavirus vaccines that will start arriving in the country in January, Health Minister Yuli Edelstein announced Thursday night.

Israel will purchase enough of the vaccine to inoculate four million citizens, the health minister said.

“Purchasing the vaccine is enormously good news for the citizens of Israel,” Edelstein said. “The Health Ministry is making every effort to purchase different vaccines to ensure that every citizen can be vaccinated.”

Earlier in the day, Prime Minister Benjamin Netanyahu told the coronavirus cabinet that a conversation with the head of Pfizer gave him hope that vaccines were on the way.

“I reported today in the coronavirus cabinet meeting that I spoke again last night with Pfizer CEO Albert Bourla. Together with the legal advisers of both parties, we removed the last obstacle to signing a contract with Pfizer,” the prime minister said.

“We will get these vaccines just like other leading countries in the world. It will start in January, and increase from month to month.”

Before Edelstein’s announcement, experts said that the likelihood of getting Pfizer’s vaccine by the beginning of the year was slim to none. One health expert told The Jerusalem Post that it was implausible at best. Another expert explained that Pfizer, who earlier this week reported 90% effectiveness in a preliminary analysis of its vaccine candidate, has already committed to providing all 50 million doses it hopes to make this year to the United States.

The company said it would aim to produce another 1.3 billion doses in 2021, but many of those are also already committed. The source said that initial negotiations with the pharmaceutical giant were conducted at low levels and, as a result, no vaccine doses were purchased in advance.

The Prime Minister’s Office said that significant progress had been made in an overnight conversation between Netanyahu and Bourla – the second such conversation in 24 hours – which could lead to an agreement being signed between Israel and the company in the coming days.

Nonetheless, Cyrille Cohen, a member of the advisory committee for clinical trials of coronavirus vaccines, made it clear that “mass vaccination for the Israeli people will not occur in January.”

He said that, if anything, Israel would be looking at a few thousand doses by the end of the month.

Cohen’s evaluation tallies with that of Edelstein and Health Ministry director-general Chezy Levy.

In an interview with Army Radio on Thursday morning, Edelstein reminded the public that “even when there is a vaccine, we should remember the simple facts that even the flu vaccine is only 40% to 60% effective –and we have had that vaccine for many years.”

He said despite the fact that “the vaccine will help us a lot… even after there is a vaccine, we will live in the shadow of coronavirus.”

Levy also spoke to Army Radio on Thursday and expressed a similar message: “Enough vaccines for the entire population of Israel will not arrive in the coming year.”

Levy said: “I know we can bring vaccines to Israeli citizens through some of the agreements we have signed – and more will be signed,” but cautioned that while the country is likely to receive some of the vaccines this year, “I do not believe we will get enough for the whole population before the second half of 2021.”

This did not stop the prime minister’s enthusiasm over his 2 am conversation with Bourla.

An early morning statement by the Prime Minister’s Office said that US Deputy Attorney-General Lori Steindorf and the legal adviser for Pfizer joined the call to discuss ways to remove barriers and bureaucratic challenges to signing a contract for the purchase of the company’s vaccine candidate.

“Significant progress was made in the conversation, which will enable the signing of an agreement between the State of Israel and Pfizer in the coming days,” the PMO said.

Netanyahu noted during the cabinet meeting that he is working to get vaccines from as many companies as possible.

Israel already has a contract with another American company, Moderna Inc., to be among the first to receive its coronavirus vaccine candidate, assuming it is effective and safe.

Moderna announced late Wednesday that it has enough data to begin the first planned interim analysis of its Phase III trial.

Both Pfizer and Moderna use messenger RNA (mRNA) technology that is designed to trigger an immune response without using pathogens, such as actual virus particles.

A report by the Coronavirus National Information and Knowledge Center published Wednesday said that, “if Moderna’s results are similar to those of Pfizer, it is likely that by the end of 2020 there will be at least two vaccines approved for use against the coronavirus.”

Another vaccine that has made steady progress is Russia’s vaccine candidate, Sputnik V. Its makers have already published promising peer-reviewed Phase I/II results and, earlier this week, revealed an interim analysis of its Phase III trial that claims the vaccine is effective 92% of the time.

“The Russians feel that we are not taking their vaccine seriously,” Finance Minister Israel Katz said during a coronavirus cabinet meeting. “I suggest treating them differently.”

Netanyahu told Katz that he had discussed the Russian vaccine with President Vladimir Putin.

Prof. Zeev Rotstein, head of Hadassah-University Medical Center, told the Post that his hospital has signed a memorandum of understanding with the makers of Sputnik V to receive 1.5 million doses of its vaccine candidate if trials prove it to be successful. But he said that the Israeli government has not formally considered purchasing the Russian vaccine.

“As usual, we are serving as a pilot to show the Health Ministry the right way – and we are hoping that, over time, the government of Israel will realize that this vaccine is safe and efficient,” Rotstein said. “Then, we will be ready to pass everything necessary over to the government so that people can get vaccinated through the health funds and not Hadassah.”

But he added that if the government in the end decided it did not need the Russian vaccine, Hadassah would take upon itself to vaccinate those who want to receive it through a commercial initiative.

He claimed that the hesitation in Israel over the Russian vaccine has more to do with the US-Russia struggle over the primacy of finding the vaccine and not because of its quality. Whether the vaccine is safe and effective will be known when the Phase III trial is completed, he said.

At the beginning of the coronavirus cabinet meeting, Netanyahu said that a ministerial committee headed by him would oversee the import of vaccines and how they will be distributed. 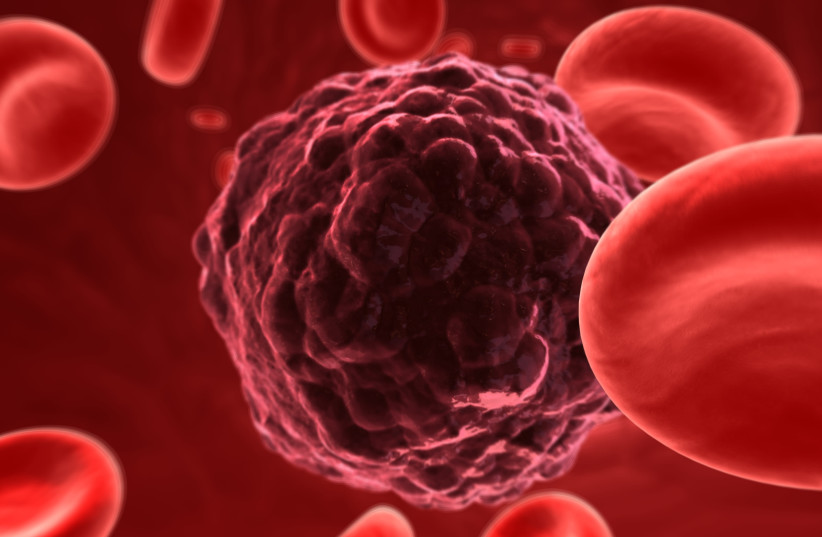