As the Russo-Ukrainian War nears the end of its first month, its economic repercussions are stretching beyond Ukraine’s borders, with disastrous consequences worldwide, especially in the most fragile areas.

In Gaza, where unemployment exceeds 50%, and 70% of goods and basic commodities are imported, prices have rocketed as a result of the rise in energy and transportation costs.

This has exacerbated the already complex crisis in the blockaded coastal enclave and drained resources from sectors that have not yet recovered from the devastating effects of successive wars and the COVID-19 pandemic.

While residents rebuild their homes and Egyptian projects of post-war reconstruction take place after May’s violent escalation with Israel, the construction sector in the shattered Strip has been hit the hardest by the Ukrainian crisis, as the prices of building supplies soar dramatically.

“The construction sector is struggling to survive the sky-high prices of materials. For example, a ton of steel cost 3,300 shekels, about $1,000, before the Russo-Ukrainian War. But now it costs 4,200 shekels. This is nearly a 30% price increase,” Imad AbuMatar, a Gaza-based contractor and owner of the Zahrat Alwadi construction company, told The Media Line.

A SERVICE member of pro-Russian troops in uniform without insignia stands on the step of a military truck in the separatist-controlled village of Bugas in Ukraine’s Donetsk region. (credit: Alexander Ermochenko/Reuters)

“The cement price, too, has jumped, from 380 shekels per ton to 500 shekels even for types of lower quality. That’s why the Gaza minister of local government called for halting all construction projects,” he said.

“If the Russian-Ukrainian conflict continues, most of the construction companies in Gaza will go bankrupt unless urgent and real governmental support is provided for them,” AbuMatar warned.

According to economic journalist Hamed Jad, the price spikes and the scarcity of materials will disrupt and delay the ongoing Egyptian reconstruction projects in the Strip.

“Gaza used to import from Egypt 70% of the cement used in Egyptian reconstruction projects, and the rest from Israel through the Kerem Shalom crossing. However, due to the [Ukrainian] crisis and the increased cost of production in Egypt, it is now supplying only 30% of the required quantity,” Jad told The Media Line.

There will be another rise in the price of cement imported from Israel during the next month, adding to the burden on Gaza citizens who have started or intend to start construction projects, Jad expects.

The war in Ukraine has sent food prices sharply up too, posing a significant challenge for people who are preparing to receive the Islamic holy month of Ramadan in less than two weeks.

Osama Nofal, the director of the Studies and Planning Unit at the National Economy Ministry in Gaza, said last Sunday, “The world price of flour has risen significantly, by more than 30%, due to the fact that more than 35% of flour imports come from Russia, which is currently under heavy sanctions and bans.”

Formerly, a bag of flour weighing 50 kilograms (110 pounds) was “supplied to the stores at a price of 88 shekels, and it has now risen to 97 shekels and is sold to the consumer at between 100 and 102 shekels,” he added.

The prices of cooking oil and legumes increased by 7%, and of sugar by 10%, according to Nofal.

For fear of further price hikes during Ramadan, Gazans have rushed to buy food and stockpile commodities.

Mohammed Baker, who owns a supermarket in the central Gaza Strip, told The Media Line, “A few days after the Russian invasion of Ukraine, I started to notice an increase in the demand for basic food items such as sugar, cooking oil, rice, and flour.”

Given the escalating prices and with Ramadan fast approaching, a Gazan household is obliged to buy these goods, even if it is already crippled by debts, Baker opined.

The crisis has forced many food companies and factories in the Strip to halt production, hurting thousands of workers who rely on them to make a living.

Iyad al-Tilbani, the owner of the Al Awda factory, one of Gaza’s largest snack food enterprises, told The Media Line, “Because of the huge rise in production costs of nearly 40%, we had to stop all production lines two weeks ago to curb huge losses that we cannot afford.

“Now more than 600 workers and their families are without any source of income in these difficult times,” Tilbani said. 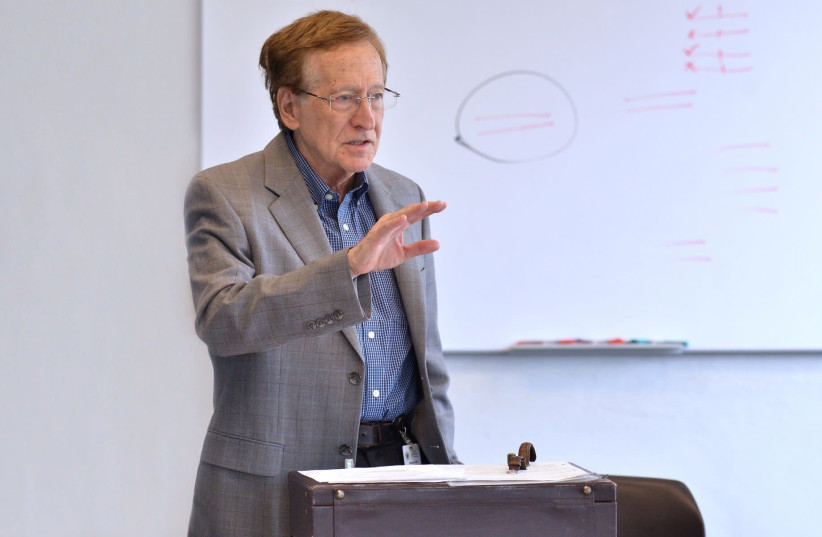