Do Flags Belong in Churches? Pastors Around the World Weigh In.

Written by The Ministry of Jesus Christ on July 2, 2021

The Fourth of July falls on a Sunday this year. As American churches consider how to recognize the United States’ independence day during their worship services, CT decided to revisit a question first posed to American church leaders in 2013.

Here’s what their counterparts from 11 different countries have to say in 2021. Answers are arranged from Yes to No:

The purpose of raising the flag is to keep my heart united with my people in prayer for the salvation of their souls. It’s to remember that I must stand in the gap for my people, that they may know the Lord and see the light of the gospel, and to tell my country and my people how much I love them and pray for them.

I strongly believe that each church building should post the flag on the building and in the sanctuary. As an elder and pastor, we made this decision a few years ago to do so in order to show our loyalty as citizens to the country of Jordan. We believe that by doing so, we are a good example and testimony to others and also following the teachings of the Bible.

As the Evangelical Free Church council, we have taken the decision to put the Jordanian flag in all local churches that belong to the council along with the church logo and flag.

In Indonesia, we usually display our national flag in the sanctuary every August, which is the month when we celebrate our Independence Day (August 17). We proudly display the flag, as a strong symbol of our nationality, on the altar. We even decorate the church with red and white decorations and hold a special service on August 17 or on the closest Sunday.

When we display the flag in our church, it is not to express idolatry. We want to honor our national identity. It reminds us of our responsibilities as christian citizens. It’s also a sign of gratitude for living in Indonesia.

A flag is a symbol of a country and flying it indicates the importance of the country. So I fly the Nigerian flag in the church to present the country perpetually before the Lord for his divine visitation and to also indicate that we love Nigeria dearly. We pray for her every Sunday service.

In many churches in the Philippines, you would not see the Philippine flag on stage or on any part of the building. We are [too] consumed with our church affairs to [reflect] much on wider needs to identify with our country.

Although, interestingly, instead of the Philippine flag or even the christian flag, you would often see churches with the flag of Israel proudly displayed. This is embedded in the theology of Israel as a chosen people and our low sense of nationalism. I believe for a proper christian identification to the country, the Philippine flag can be a powerful symbol for us Christians to identify that we are Christ’s ambassadors to this broken nation.

I suspect that how one feels about displaying flags in churches stems from what we believe about the legitimacy of nationalist loyalties in general. I live in a part of the world, among Palestinian Christians and Messianic Jews, where congregations often celebrate the suffusion of their own religious and nationalist identity but rarely appreciate that same suffusion in each other’s. Until we come to recognize that God’s calling and plan for individual nations is legitimately unique and special, but not superior, we will continue to offend and be offended by nationalist expressions such as flags.

For Palestinian Christians and Messianic Jews, this is especially difficult as each often refuses to recognize the legitimacy of the notion that God could have a unique calling and plan for the other as a nation in particular. Each celebrates the righteousness of their own nationalist cause but, at most, only tolerates an expression and role for the other as individuals in their nation.

The flag carries the power of unification, pride, and connection. But we should be clear that this does not represent the kingdom of God. The reason its representative power is limited is because it is only an earthly symbol. Our citizenship, as the apostle Paul says well, comes from heaven (Phil. 3:20). We are called to be exemplary citizens in our countries, not because their laws are the best or because their symbols or structures are superior, but because the way we live our lives proves the kingdom of God and this without a doubt is greater than everything.

In my walk and service with God, initially as a missionary and now as a pastor and speaker, I have been able to visit a significant number of churches in a number of countries in no less than two continents, and the great majority don’t have controversy over having or not having their country’s flag inside the sanctuary. Our decision on matters like these should be focused not on who is already at the church but toward who we want to reach with the gospel. The flag should not be a source of conflict, at least as one that limits the entrance of new believers to the community of faith, as the flag of our country does not represent an essential element of our faith.

In the Angolan context, the simple answer would be no, because of the political context. The flag was mostly adopted by a single political party which had strong links with Marxist Leninism, which was anti-christian and even persecuted Christians. Therefore, many Christians do not completely see themselves in the flag. Using it in the church could be seen by many, especially elders, as an aberration, and loaded with political connotations.

Christians should not display their country’s flag in sanctuaries. It’s not for lack of patriotism; every christian has duties as a citizen, including giving honor to one of the symbols of their nation. The main reason is that the church is the prophetic voice of the state, not the pole to hold its flag. Often administrations do not represent the beliefs and values that Christianity supports, and the use of the flag demands blind alignment to their specific political positions and policies. During christian services, the focus of the worship is on Christ, his gospel, and the symbols of God’s presence.

Furthermore, almost every country is a home away from home for people from many nations. Which flag could represent this global and multicultural church? The only symbol that fully represents Christianity is the cross that unites everyone under Christ’s redemption.

For me, as a French elected official and as a pastor, the decision to display flags reflects an implicit political opinion. First, as far as the choice of flags is concerned, should we display the flags of all 193 countries recognized by the UN in order 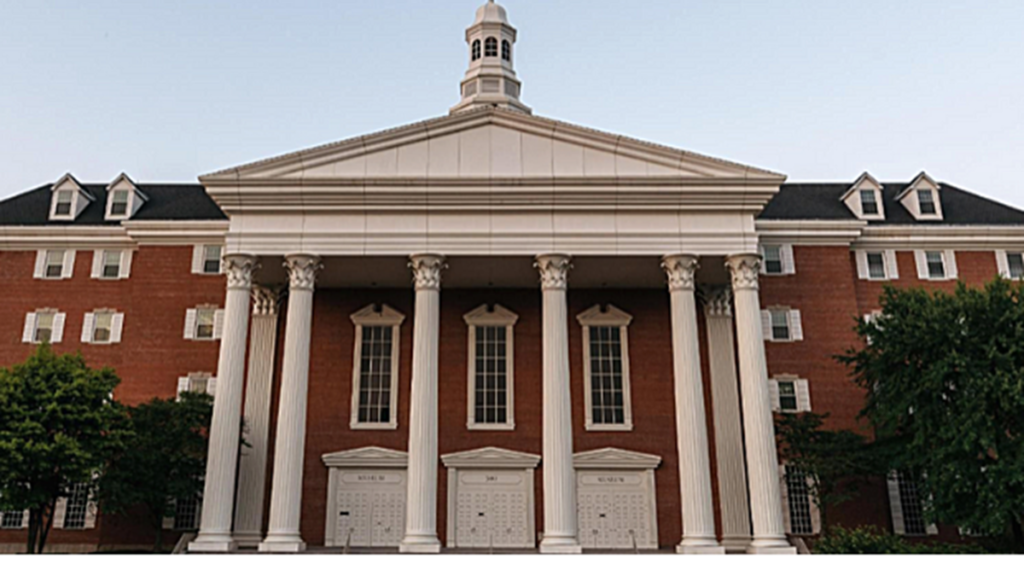 Ministry of Education to fund assistance for diabetic kids in daycare