For many reasons, I highly recommend it and I can’t help but notice the coincidental timing of what is likely to be a tense, if not extremely ugly, battle over the high court vacancy. No doubt, abortion will be brought up many times.

The documentary, which is now streaming on many platforms, thoughtfully explores the questions that have — let’s be brutally honest — torn the United States apart, namely, “When does life begin?” and “Are the unborn human?”

Americans disagree vehemently on these matters, and the divisions have only intensified as the years have passed. We now appear to have arrived at a reckoning of sorts.

Though Watson’s views on the subject are well-known, as he is a popular speaker in pro-life circles, he masterfully captures many angles without being preachy and overbearing and deserves credit for engaging those who disagree with him.

The film touches many dimensions of the abortion debate, tracing how we got to where we are today. Watson documents how liberal states such as New York and Illinois have revamped their abortion statutes following Justice Brett Kavanaugh’s confirmation to the Supreme Court. The abortion rulings in Roe v. Wade, Doe v. Bolton, and Planned Parenthood v. Casey, are seen among abortion-rights advocates as being under threat. But should any of those precedents be struck down at the federal level, the states would still permit legal abortion with few if any restrictions.

In what was a jarring moment for many pro-life Americans, the New York legislature expanded its laws last year to allow abortion procedures up to birth. When it was passed in the state Legislature, there was rapturous cheering and applause from the audience in the chamber. Likewise, the Empire State Building in New York City was illuminated in pink in celebration of abortion.

Featured prominently in the film are New York state legislators Liz Krueger and Gustavo Rivera, both of whom backed the law, and highlights the words of other politicians and activists who support similar legislation.

Several pro-life activists in the movie expressed that the coming reckoning that now appears to be upon us could very well result in a “civil war” in the U.S. in the same way that slavery once did. Then, as now, they argue, the moral questions are the same: What does it mean to be a human being, and who is a human being?

Waston doesn’t shy away from the difficult conversations that sometimes come up in the abortion debate, such as pregnancies resulting from rape and babies who manage to survive abortion procedures. And few can make a more compelling case for the rights of the unborn than Ryan Bomberger, who was conceived in rape, and Melissa Ohden, who was born alive following an unsuccessful saline abortion. Both of them appear in the movie and share their unique insights.

But the scene that stood out to me most was that of a brave young woman who shared her experience of undergoing an abortion and the trauma that ensued during the procedure and afterward. When she became pregnant again, her boyfriend urged her to have another abortion. The night before she was scheduled to get an ultrasound, her boyfriend put his hands on her stomach and said that if there were twins in there, they’d have to go through with the pregnancy because he thought twins were just too cool. This was the first time he had in any way positively affirmed her pregnancy.

The next day while on the bus to the CareNet facility where she would have an ultrasound, her boyfriend seemed to reverse course and started acting like a selfish jerk saying, How could you do this to me? As if it was somehow solely her fault that she was pregnant.

She then prayed to God, asking Him to “multiply” whatever was in her womb. Moments later at the clinic, sure enough, twins appeared on the ultrasound screen. The boyfriend reportedly hung his head said: “Me and my big mouth.”

That moving moment reinforced my thinking that if we want to see a meaningful decrease in the already-declining abortion rate, a cultural change regarding how men view sex will have to happen concurrently with substantial legal reforms.

Because in human reproduction, the woman bears the child in her body, the responsibility almost always falls to them, and the men who help create those babies are all too often able to leave women in dire straits. Men are rarely if ever held to account for this, but women, whose bodies are visibly marked by the sexual relationship through pregnancy, often suffer immense shame.

And while there are circumstances where the man is willing to be supportive, but the woman opts for an abortion, is it any wonder so many women feel so desperate that they have no other alternative in this dysfunctional relational milieu?

I might sound like a broken record, but I’m going to reiterate something I said in my review of the 2019 motion picture “Unplanned,” wherein I expressed the hope that the movie would cause many men to reconsider how they think about sex, specifically that they would face the inescapable truth that it makes babies.

With this documentary, I found myself hoping yet that amid such profound disagreement (and cultural wreckage) about abortion in society that we, as men and women, can somehow come to revere the wondrous power of the human body.

“The heart of the pro-life movement is that we are disconnected from our fertility,” Teresa Kenney, an Omaha, Nebraska-based nurse practitioner and co-host of “The Hormone Genius” podcast said in an interview with The christian Post on Thursday.

“When women and men are connected to the nature of their bodies, then the respect for the reality that when men and women have sex they can make a baby explodes.”

Much of today’s secular sex education presents young people with all kinds of utilitarian tricks and tips to prevent pregnancy but precious little on how the body functions or the value of fertility, she added, and we owe to the next generation to empower them with this knowledge.

I believe that the pro-life movement has the resources within it to recover this vital truth. And the most dedicated pro-lifers I know and respect are ready to roll up their sleeves and do that long, hard work.

As to what will happen in the coming years concerning abortion laws and jurisprudence, I have no idea. Perhaps the core holding in Roe that guarantees as constitutional the right to abortion nationwide will remain in-tact. It’s also possible that it will be chipped away or struck down entirely. I’m inclined to believe that it will be the latter.

But again, I’ll reiterate, we’re going to need a social revolution to truly turn the tide.

“Manhood is vital when it comes to this issue of protecting life,” Watson told me after the movie pre-screening during a brief Q&A.

“Women, as strong as they are, can challenge a man and they should continue to do so. But what I’ve seen is that when a man challenges another man, whether it’s this issue or on a plethora of other issues, that’s when men listen. That’s when they rise to the occasion.”

A hearty “Amen,” I say. And I believe Watson is a man whose bold yet gracious witness for Christ and his catalytic film might inspire a generation of men to do just that.

Watch the trailer for “Divided Hearts of America” below: 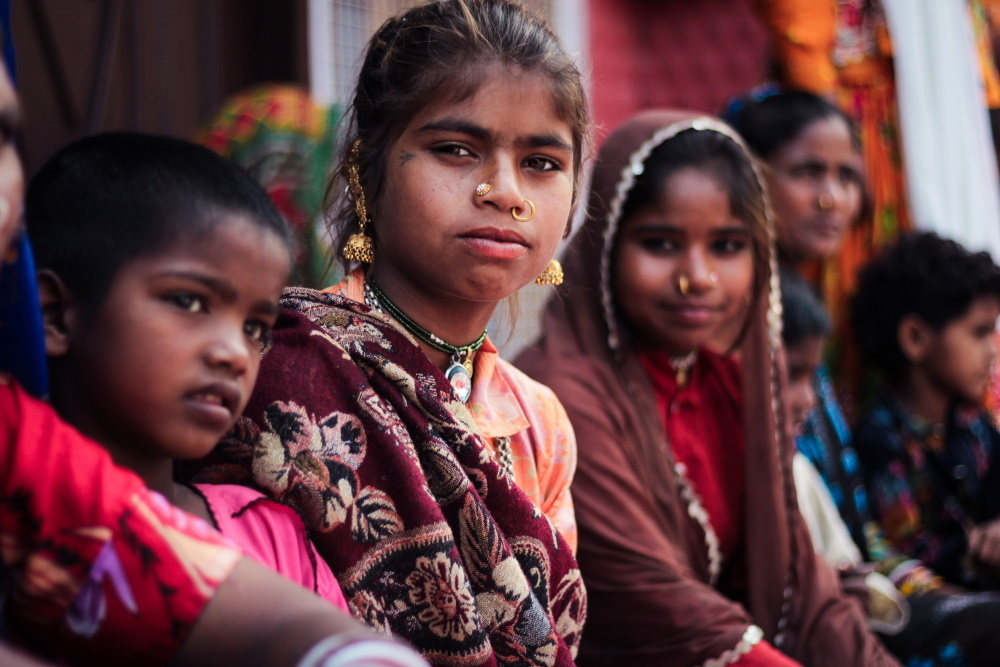