Ronald J. Sider, organizer of the evangelical left and author of Rich Christians in an Age of Hunger, died on Wednesday at 82. His son told followers that Sider suffered from a sudden cardiac arrest.

For nearly 50 years, Sider called evangelicals to care about the poor and see poverty as a moral issue. He argued for an expanded understanding of sin to include social structures that perpetuate inequality and injustice, and urged Christians to see how their salvation should compel them to care for their neighbors.

“Salvation is a lot more than just a new right relationship with God through forgiveness of sins. It’s a new, transformed lifestyle that you can see visible in the body of believers,” he said. “Sin is a biblical category. Given a careful reading of the world and the Bible and our giving patterns, how can we come to any other conclusion than to say that we are flatly disobeying what the God of the Bible says about the way he wants his people to care for the poor?”

Sider was a key facilitator of the born-again left that emerged in the 1970s. But he lived to see American evangelicals largely turn away from concerns about war, racism, and inequality. He continued to speak out, however, and became, as a Christianity Today writer once described it, the “burr in the ethical saddle” of the white evangelical horse.

His landmark book, Rich Christians in an Age of Hunger, inspired generations of young Christians, selling 400,000 copies in nine languages. CT ranked it as one of the most influential evangelical titles of the 20th century, right after J. I. Packer’s Knowing God and Kenneth Taylor’s The Living Bible.

Rich Stearns, president emeritus of World Vision, called Sider “a great christian soul and a passionate justice warrior.” Adam Russell Taylor, the president of Sojourners, said he was “was a longtime friend and ally” and “a tireless proponent of peace and justice.” Both referenced the impact of Sider’s book on their lives.

Sider was born in Fort Erie, Ontario, in September 1939. Raised on a 275-acre farm, his father was a farmer and a pastor in the Brethren in Christ Church, an Anabaptist and Wesleyan tradition that combined concern for holiness, a commitment to peace, and a literalist reading of the Sermon on the Mount.

Sider was the first in his family to pursue higher education, but he carried with him the conviction that christian faith was not merely intellectual assent: True faith should shape your whole life.

He studied history under christian apologist John Warwick Montgomery at Waterloo Lutheran University in Ontario and then went to Yale University to study the Reformation with historian Jaroslav Pelikan. Sider wrote his dissertation on Andreas Karlstadt, a contemporary of Martin Luther who renounced academic titles, wore peasants’ clothes, and preached simplicity in the church.

Sider was learning to embrace a similar radicalism in his own life. Instead of living with the other graduate students at Yale, he found a home for his young family on the edge of a Black neighborhood in New Haven, Connecticut. Then he moved to the center of the African American community, where he mourned with his neighbors when Martin Luther King Jr. was assassinated in 1968 and became involved with the local struggle for civil rights. When he wasn’t reading Latin and German for his dissertation, Sider helped Black activists register voters and recruited Yale’s InterVarsity students to join him.

After graduating, Sider took a position teaching at Messiah College’s Philadelphia campus and then at Eastern University’s Palmer Theological Seminary. He moved to the African American neighborhood in Germantown and focused his classes on racism, war, and poverty.

Sider also became more politically active. He campaigned for George McGovern, founding Evangelicals for McGovern to rally support for the anti-war senator from South Dakota who was maligned by his many opponents as the candidate for acid, amnesty, and abortion.

According to historian David Swartz, Evangelicals for McGovern was the first evangelical group after 1945 to support a presidential candidate. Religious Right groups such as the Moral Majority and christian Coalition had not yet organized, and though many prominent leaders such as Billy Graham supported President Richard Nixon, evangelical politics at that moment seemed “up for grabs.” Sider, along with people like Tom Skinner, Jim Wallis, and Richard Mouw, wanted to grab it. They believed Christians who loved Jesus and hated sin should exert their political will to oppose the war in Vietnam, law-and-order politics, and economic policies that aggravated poverty.

After McGovern’s landslide loss, Sider organized a group of about 50 to meet in a YMCA basement in Chicago before Thanksgiving 1973. They wrote a declaration of “evangelical social concern.”

“We acknowledge our christian responsibilities of citizenship,” it said. “Therefore, we must challenge the misplaced trust of the nation in economic and military might—a proud trust that promotes a national pathology of war and violence with victimizes our neighbors at home and abroad. We must resist the temptation to make the nation and its institutions objects of near-religious loyalty.”

In 1977, Sider published Rich Christians, arguing that poverty is a moral and not just economic issue. Christians who take the Bible seriously should oppose wealth inequality, he said, and see the injustice of the social structures that benefit powerful people at the expense of the poor.

“Hunger and starvation stalk the land,” he wrote. “The problem, we know, is that the world’s resources are not evenly distributed. North Americans live on an affluent island amid a sea of starving humanity.”

Evangelical Christians had long preached against some of the sins that lead to poverty, such as alcohol abuse. But they had ignored others, when condemnation would mean corporate responsibility.

“If God’s word is true, then all of us who dwell in affluent nations are trapped in sin. We have profited from systemic injustice,” Sider wrote. “We are guilty of an outrageous offense against God and neighbor.”

The book was sharply criticized by christian Reconstructionist Gary North, who accused Sider of being a “guilt manipulator,” and christian worldview philosopher Francis Schaeffer, who said Sider had succumbed to secular humanism and focused too much on society’s material problems.

The book nevertheless found an eager audience of evangelicals. It was especially popular among InterVarsity students and at campus ministries across the US and abroad. Rich Christians was translated into German, Dutch, Portuguese, Japanese, and Korean, and continued to circulate among left-leaning Christians for decades.

“Sider became a spark plug,” according to a 1992 CT profile, “among a small group of evangelicals who were interested in social and political issues, most of whom were young, well educated, highly idealistic, and shared a concern for social and racial justice and simple living.”

Sider founded Evangelicals for Social Action (now Christians for Social Action) in 1978. Hopes, however, for a strong progressive evangelical movement were soon swamped by the popularity of Ronald Reagan and the successes of the Religious Right. Republican leaders actively courted white evangelicals, finding common causes on issues from the Supreme Court to the local school board. Meanwhile, leading Democrats—many of whom found Jimmy Carter’s moralism judgmental and offensive—avoided or dismissed religious concerns and religious voters.

Sider also protested American support for Latin American dictators in the 1980s and opposed the Gulf War in 1991 and the US invasion of Iraq in 2003.

“Sider refused to isolate abortion from issues of violence & injustice, urging conservative evangelicals to be ‘completely pro-life,’” wrote historian Brantley Gasaway. “Sider’s career seems bittersweet. … a bitter reminder of what modern evangelical politics might have but did not become.”

Sider continued to cry out to evangelicals from the wilderness into the 2020 election, when he edited a collection of christian political essays called The Spiritual Danger of Donald Trump.

He said he published the book “with deep sadness and persistent hope,” calling American Christians across the political spectrum to demonstrate their “commitment to truth, respect for opponents, and willingness to negotiate reasonable bipartisan compromise.” Writers in the collection included former CT editor in chief M 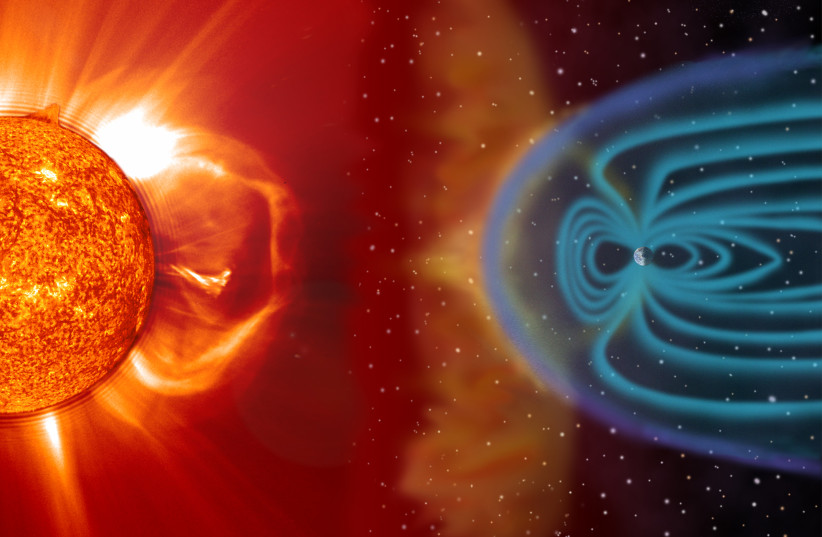 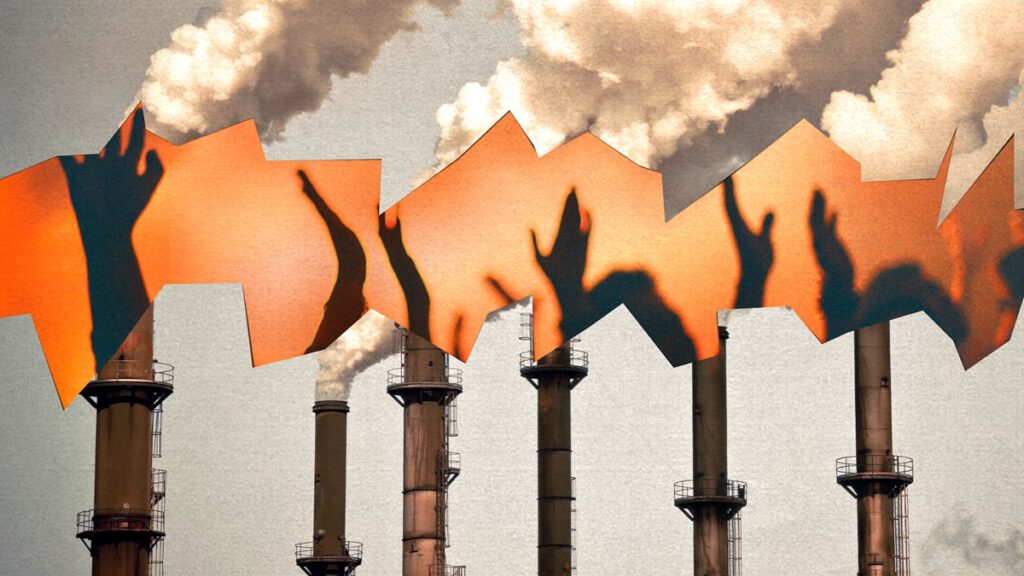