Written by The Ministry of Jesus Christ on April 8, 2022

Gerald Coates, a church leader who envisioned a new way of doing church, free from formality and the trappings of tradition, has died at 78.

Coates was influential in spreading charismatic renewal in the United Kingdom and helped develop the house church movement into the British New Church Movement. Through his preaching, prophesying, and provocations, he pushed Christians to be more creative, be more receptive to the Holy Spirit, and understand themselves more as pioneers than settlers.

“God will not be tied to 17th century language, 18th century hymns, 19th century buildings, and 20th century religious inflexibility,” he once declared. “God is changing his church. We are part of that change!”

Coates co-organized the first March for Jesus in London in 1987 and founded Pioneer, a network of churches that prioritize the presence of God and seek to be catalysts for christian unity. Currently there are about 60 churches in the network.

“We will be forever grateful to Gerald for birthing Pioneer and creating a family for activists, creatives and those who didn’t always fit in mainstream or conventional church settings,” wrote Pioneer UK leader Ness Wilson and Pioneer international leader Billy Kennedy in a tribute to Coates.

They said that Coates “continued to live up to the name of the network he founded” to the end, “clearing the ground of unnecessary religious baggage and making a way for what God was doing.”

Kennedy described Coates as “part of a small group of dreamers and schemers … who set out to ‘restore the church’” and “preached a brand of non-religious Christianity that offended and delighted in equal measure.”

Evangelical leaders across England mourned the news of his death on April 3.

He was born to George and Evelyn Coates on November 25, 1944, the eldest of three children in Cobham, Surrey, about 17 miles southwest of London. The family was nominally religious. Coates attended a Church of England Sunday school and later recalled deciding he believed in God as he looked up at the stars in the night sky.

He became an evangelical at 11 at an archery summer camp run by Christians. One of the leaders asked the boy if he had accepted Jesus as his savior, and young Gerald lied and said he had. He felt incredibly guilty about his lie, he later told his biographer Ralph Turner, and didn’t really know why he had said that when it wasn’t true. So he went back to the camp leader and asked what he would have to do to accept Jesus as his savior.

He made his commitment to Christ in 1956 during an evening service in a tent stacked with hay bales. Coates prayed to accept Jesus and, repeating the words after a minister, said “From this day forward, please make out of me what you want me to be.”

Coates went home and told his parents “I’ve been born again.” They were politely indifferent, he recalled, viewing his religion as an odd but acceptable hobby.

His commitment to his faith grew deeper in 1965, when his girlfriend, Anona, converted to Christianity and the two were baptized by the Plymouth Brethren. The couple was subsequently married, and Gerald threw himself into street evangelism and youth ministry.

He struggled with the strictures of the Brethren, however. They objected to movies, makeup, and modern fashions, and though Coates himself didn’t mind the rules, he felt they were legalistic and unnecessarily limited his outreach to young people. He also butted heads with the Brethren over the issue of women in ministry.

At the same time, he started exploring the charismatic renewal and gifts of the Spirit. He was intrigued by a Campus Crusade for Christ minister’s reference to “being filled with the Holy Spirit” and moved by In the Day of Thy Power, a book by Arthur Wallis, a Brethren Bible teacher who had what he came to describe as an “‘upon’ experience of the Holy Spirit.”

Coates started reading extensively about revivals, focusing especially on the histories of John and Charles Wesley in Great Britain and Watchman Nee in China.

The youth meeting grew into a house church in 1968, and Coates started Cobham christian Fellowship. He continued to work two jobs to make ends meet. He was a part-time gas station clerk and part-time postman. As he delivered mail on his bicycle, Coates frequently sang Charles Wesley hymns at the top of his voice. One day, singing “Love Divine, All Loves Excelling,” he unexpectedly broke out in tongues. For the rest of his life, he would be a committed charismatic.

Wallis started organizing independent charismatics in the early 1970s, first bringing together six ministers to covenant with each other to work for the restoration of the New Testament church in the United Kingdom. They jokingly called themselves the “Magnificent Seven.” A few years later, they doubled, becoming the “Fabulous Fourteen.” Coates was one of the 14.

The group believed that “a whole new style of church is being born,” as they stripped away traditions and dogmas and returned to the authentic New Testament way of doing church. They preached that the Holy Spirit was moving in the last days before Christ’s second coming to restore the church to her original purity. God would erase denominational divisions and bring new unity.

The first thing most people noticed about the charismatic house churches was the music. Most worshiped with acoustic guitars and occasional tambourines and developed simple worship choruses that people threw themselves into.

But the changes went beyond musical style. Coates would regularly challenge himself to break his own assumptions of what church looked like. Before one meeting in the 1970s, for example, he got out the bread and Ribena fruit juice and put them on a tablecloth on a table in the center of the room.

“What am I doing?” he asked himself, as he later recalled to his biographer. “This is just repeating the picture in my mind from the Brethren.”

He moved the bread and juice to a shelf on the side of the room and put away the table and cloth.

“Remembering Jesus’ death,” he said, “was never supposed to be a religious ceremony.”

His efforts to get rid of traditions sometimes upset people. He once started munching on the Communion bread before serving everyone else. Another time he suggested stripping all the clergy in England of their credentials and status and “let those with God’s gift get on with what they have to do.” He later insisted he was joking, but it seemed to reflect his true feelings.

“Authentic spirituality can be summed up in one word—reality. How unreal we have all been in the Church,” he wrote at the time. “This unreality produces a niceness, but not true spiritual life. … It is time to stop pretending, time to stop trying to be a christian, time to say ‘I’m not what I was by the grace of God and I’m not yet what I will be by his grace, but I am what I am and I’m jolly well going to enjoy being that.’”

This rejection of legalism eventually led to a rift in the Fabulous 14. Some of the independent charismatics were concerned the emphasis on grace would lead to license to sin and general “antinomianism.” In 1976, Wallis wrote a letter to Coates saying he had “no choice but to separate from you” because “grace is being used to cover up license among you” and there was a “demonic or ambitious spirit” in the London-area charismatics.

The letter permanently divided British charismatics, but Coates was able to bring the different groups together again, to a certain extent, in the late 1980s. He and two other charismatic ministers organized a Jesus Walk from Trafalgar Square to Hyde Park in 1987. They planned for 5,000 but 15,000 showed up, attracting public attention and convincing many that revival was im 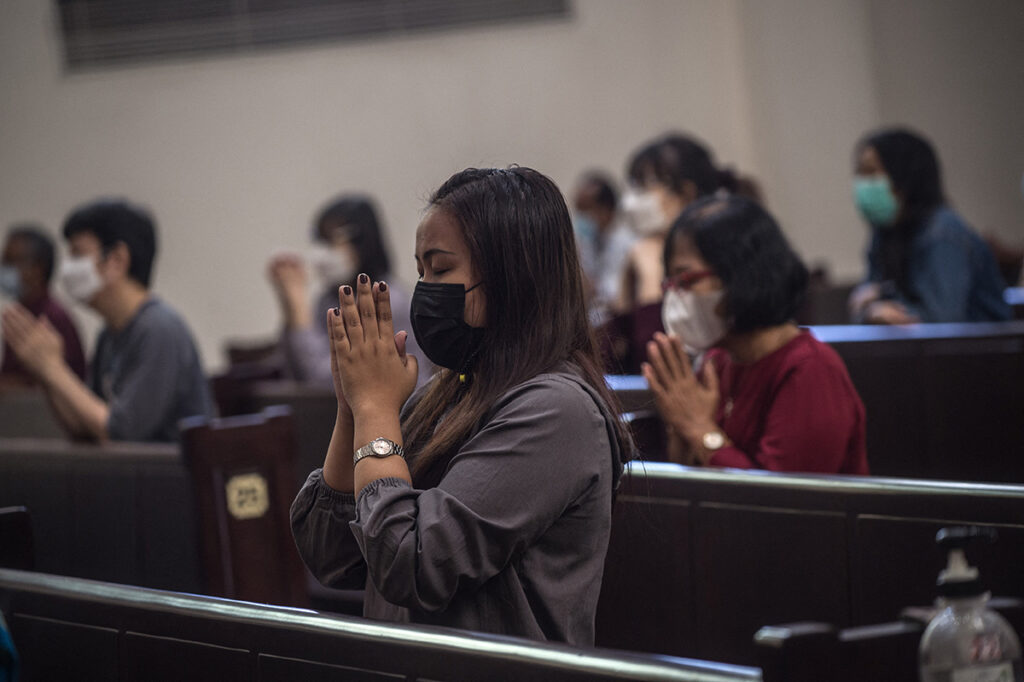 Pysanky and Prayer: US Churches Use Ukrainian Easter Eggs for Solidarity 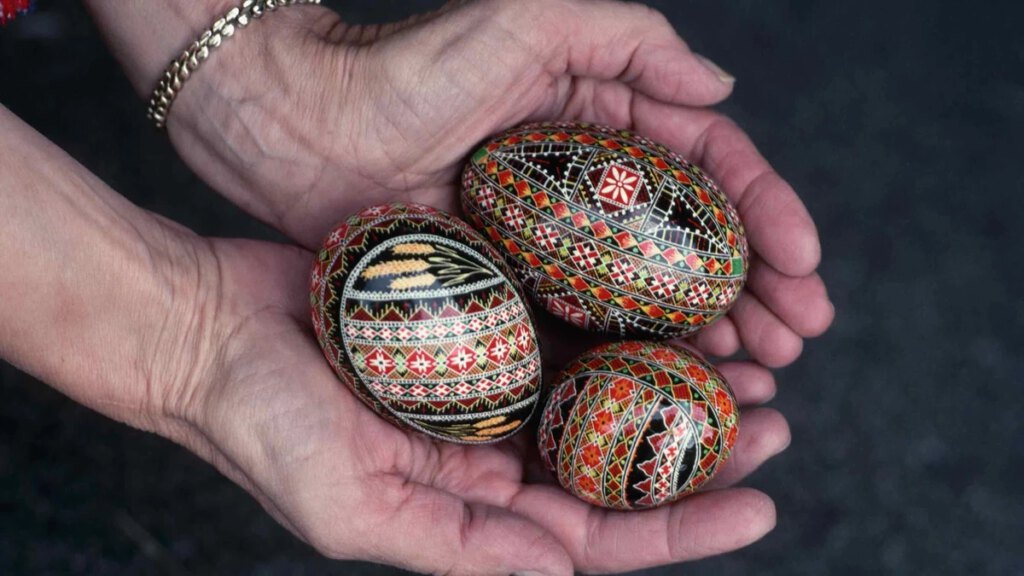