Died: Gary North, Who Saw Austrian Economics in the Bible and Disaster on the Horizon

Gary North, a leading christian Reconstructionist who argued for the biblical basis of free market economics and urged people to prepare for societal collapse, has died at 80.

North was a prolific writer, simultaneously penning a 31-volume Bible commentary on Austrian economics; turning out regular warnings about financial catastrophe; and firing off a seemingly endless stream of columns on the gold standard, government overreach, God’s covenants, and the greatness of libertarian Ron Paul.

He was perhaps most mainstream when he supported Paul’s longshot presidential bid in 2012. He boosted the candidate throughout the Republican Party primaries, alternately explaining monetary policy to newly converted libertarians and hyping the chances that the Texas politician could actually win the White House.

He was most well-known, though, for his warnings about Y2K. North was convinced that a computer programing shortcut—coding years with two digits instead of four—was going to lead to catastrophic crashes when the year 99 became the year 00 and the world’s digital infrastructure reset itself. He eagerly—even gleefully—heralded the collapse of civilization and coached Christians on how to stockpile food, gold, and guns.

For his part, North thought his most important work and true calling was explaining how the alternative economic theories of Ludwig von Mises and Murray Rothbard (both nonpracticing Jews) were deeply biblical. Free market economics should be grounded, he believed, in the Bible’s account of God’s covenants, the scarcity that follows the Fall, and the divine mandate in Genesis 1:28 that people should take “dominion” over the earth (KJV).

North conceived his magnum opus as a christian version of Adam Smith’s The Wealth of Nations but acknowledged it would probably never have the influence or the readership that he wanted. Really, he said, he was writing for a very small group of people.

When North died in hospice care in Dallas, Georgia, on February 24, his books were available for free online.

North was born on February 11, 1942, in Horn Lake, Mississippi, to Peggy and Samuel W. North Jr. The family relocated to Southern California in Gary’s childhood, so his father could surveil the Socialist Worker’s Party for the FBI.

It was a deeply conservative home, committed to anti-Communism, but North nevertheless experienced a political awakening at 14 when he heard a lecture by Australian Fred Schwarz, head of the christian Anti-Communism Crusade, about beating global Communism, “the unbeatable foe.” Soon the teenager was not only opposed to Marx and Lenin, but also Franklin Roosevelt, the New Deal, and Social Security.

North became a regular at the Betsy Ross Book Shop, a critical hub of Southern California conservatism, and a faithful reader of The Freeman, the libertarian magazine produced by the Foundation for Economic Education (FEE), the first free market think tank in the United States.

At 17, he became a christian and became fascinated by the idea of connecting libertarian economics with his faith. Several people claimed to be doing this at the time, but in North’s estimation, they fell short. A Dutch Calvinist businessman was republishing the work of Austrian economist Eugen von Böhm-Bawerk and calling it “Progressive Calvinism,” but it wasn’t notably more religious than the work of other Austrian theorists. J. Howard Pew, the Presbyterian oil magnate and Christianity Today financier, was publishing a twice-monthly journal called christian Economics, but it didn’t seem to be particularly christian.

“The authors were first-rate free market economists, and many of them were Austrian school economists,” North later recalled. “But there was no attempt by the authors to integrate what they were writing on economics with the Bible.”

By the time he was 18, North was personally committed to this project. He decided he would do what others hadn’t and show how the “whole counsel of God” supported capitalism.

The most significant moment in North’s development came in 1962, when he met R. J. Rushdoony, a Presbyterian pastor who developed a theology he called christian Reconstructionism. Rushdoony said that everyone—and in fact everything and every intellectual discipline that started from objective, observable “facts”—was in rebellion against God and needed to be brought under God’s authority. He argued a truly christian society would be a “theonomy,” under divine law.

North embraced christian Reconstructionism to the point that he would, over the years, make the argument that a truly christian country would reinstitute the practice of public stoning.

“That modern Christians never consider the possibility of the re-introduction of stoning for capital crimes indicates how thoroughly humanistic concepts of punishment have influenced the thinking of Christians,” he would write. “Christians have voluntarily transferred their allegiance from the infallible Old Testament to contemporary God-hating and God-denying criminologists and economists.”

North spent one summer working with Rushdoony at a libertarian think tank and kept in touch.

After he graduated with a PhD in history from the University of California, Riverside, he went to work for FEE, directing seminars at the Irvington, New York, think tank, and writing articles for The Freeman. He wrote about gold, inflation, financial depressions, and the theology at work in economic theories (“Men have a tendency to get their religious presuppositions confused with economic analysis,” he said).

In 1972, North married Sharon Rushdoony, R. J.’s daughter. The next year he quit FEE, partly in a dispute over rights to his writing and public lectures, and went to work for his new father-in-law. He edited the new journal of christian Reconstructionism, the Chalcedon Report, assisted with the research for Rushdoony’s Institutes of Biblical Law, and published his first book, a collection of articles titled An Introduction to christian Economics.

“Is there such a thing as a distinctively christian economics?” North asked in the introduction. His answer was “Yes.” The first chapter looked Old Testament prophets’ condemnations of “dross” and drew out implications for monetary policy.

In 1976, North took a brief break from the world of think tanks to go work for Ron Paul in Washington, DC. The Texas obstetrician won a special election and went to the capital promising to fight the Federal Reserve and return the US to the gold standard. He needed staff, and hired North to write twice-monthly newsletters to his constituents.

The job only lasted until Paul lost reelection in November. North was considered for a position in Congressman Dan Quayle’s office but didn’t get it, and decided he wanted nothing more to do with government work.

“Seldom in the history of man have so many incompetents, cronies, idiots, goof-offs, hangers-on, and nincompoops been assembled in one geographical area,” he wrote. “These people are yo-yos. You would not believe how second-rate these people are. I am speaking about the conservative staffers.”

Leaving Congress, North moved to Durham, North Carolina, where he could access an academic library. He started working in earnest on his economics Bible commentary.

To fund the work, he founded the Institute for christian Economics. He sold self-published books by direct mail for $10 and then got book-buyers to subscribe to his newsletter, Remnant Review, for $45 per year. He grew the subscriber base from 2,000 to more than 22,000, grossing $1.2 million in 1979. What North didn’t use for his Bible commentary he poured into building up christian Reconstructionism.

In the early 1980s, North moved to Tyler, Texas, be closer to other christian Reconstructionists. At the same time, North had a bitter falling out with Rushdoony. The disagreement started with an article about the lambs’ blood on the doorposts in the Passover story in Exodus.

The esoteric debate quickly escalated. North told his father-in-law he was going to be replaced by younger, more vigorous men. Rushdoony replied, “Your letter is written with your usual grace and courtesy.”

The Texas Reconstructionists were also increasingly fixated on impending catastrophes, becoming “preppers” and survivalists. North wrote that the AIDS epidemic would lead to civilizational collapse, predicted numerous recessions and depressions caused by inflation or government debt, and frequently urged people to buy gold and silver before it was too late.

The peak of his apocalyptic fervor came in the late 1990s. North became convinced that a computer programing shortcut would end modern life as we know it, resulting in “a nightmare for every area of life, in every region of the industrialized world.”

To North, it was clear this was divine punishment for a world that had strayed from God. He called it “a good, old-fashioned Deuteronomy kind of thing” and launch 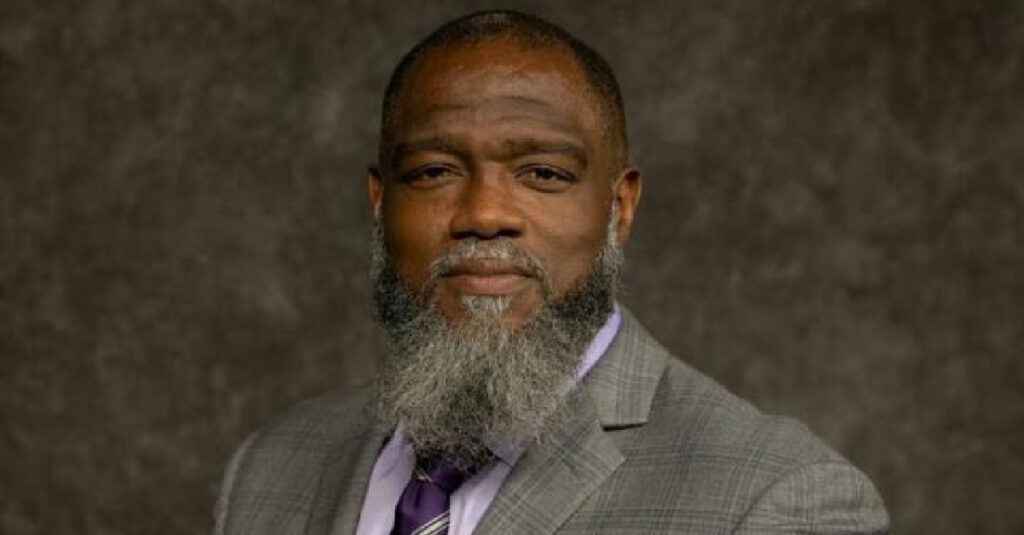 Autocrats mean what they say – editorial 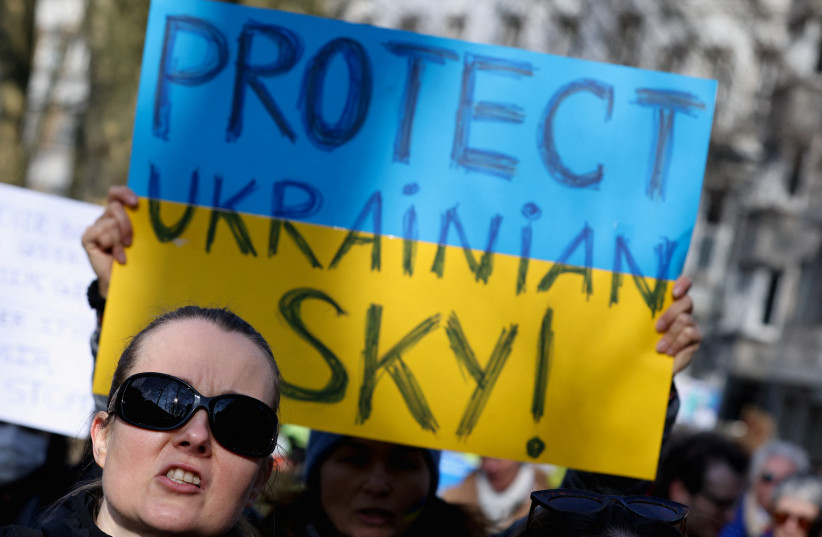