The Defense Ministry has issued an unusual letter to lawyers representing Palestinian NGOs that have been accused of being terror organizations.

The vaguely worded letter makes references to the lawyers needing to get Finance Ministry approval for representing and being paid by the NGOs in question, seemingly implying that an unapproved representation leads to charges against the lawyers themselves.

Lawyer Michael Sfard and also Adalah, who represent some of the NGOs in dispute in trying to get Israel to reverse the terror designation, (on groups many of which have been well-known high-profile Palestinian civil society groups for decades) said the letter was a clear threat.

They said that the ministry, along with the Justice, Interior and Finance ministries who were copied to the letter, was intended to try to intimidate the lawyers into dropping their representation of the NGOs only days before a July 20 hearing at the ministry, and only days after nine European countries rejected Israel’s designation of the groups as terror groups.

Instead, the European nations reaffirmed their views that the groups are crucial civil society groups, and Israel designating them is an improper move to silence their political criticism of Israeli policies.

There are indications that even within the Israeli legal establishment, there may be mixed feelings about the letter.

However, the Defense and Justice ministries rejected the criticism and said that the letter was no threat.

Rather, they said the letter merely reaffirmed an existing procedure in which the lawyers should get approval following the 2016 anti-terror law, but that there was no reason to expect they would not get such approval.

The response did not address why the letter was issued so close to the July 20 hearing.

In February, five Palestinian NGOs, with support from a group of Israeli human rights NGOs, requested that the IDF legal adviser for the West Bank reverse a declaration made in October 2021 that they were “unlawful associations.”

Though these groups have struggled against the declaration in the diplomatic and public relations arenas for several months, February’s action was the first formal legal move within the Israeli system to overturn it.

The five groups are: Addameer, Al-Haq, Bisan Center for Research and Development, Defence for Children International – Palestine, and the Union of Palestinian Women’s Committees.

A sixth group that was listed in the October declaration, the Union of Agricultural Workers’ Committee, is not part of the latest legal effort – with the other five NGOs saying it had been “declared unlawful prior to these designations, and is not a part of this particular process.”

Carving out the sixth NGO seemed to be a strategic move as well, since much of the alleged evidence against the other five could be traced to it.

As part of the request filed by Adalah as well as Sfard and Jawad Boulus, the groups said that an outside body must hear their request to reverse the declaration.

They also attacked legal adviser IDF Col. Asem Hamid for offering them to review only some of the evidence against them.

In a letter from January 2, Hamid’s department said that much of the evidence against the groups was based on classified intelligence and could not be produced.

The groups said that this made it impossible for them to have a fair appeal, though IDF regulations mandated that they have the right to appeal.

They added that the open-source evidence provided was in the realm of rumor and hearsay and would never hold up in any standard criminal court proceeding.

There was also an argument that the declaration violated Israel’s own terrorism laws, which were changed in 2016, as it was not accompanied by a legal declaration by Defense Minister Benny Gantz (though he issued a public relations announcement at the time in support of the move.)

But mostly the groups said the declaration was an attempt to silence them.

According to the Defense Ministry, the Shin Bet (Israel Security Agency) investigated the organizations between March and May 2021 and found that they raised and laundered money, forged documents to assist the PFLP, recruited activists to join the group and witnessed several meetings of senior group members, including individuals convicted of terrorism, at the offices belonging to the six NGOs.

“These organizations that belong to the Popular Front are connected to each other and constitute the lifeblood of the organization, economically and organizationally,” the source said.

None of this is an allegation that anyone in these groups has committed any act of violence.

Rather, the ministry has said that they are part of the PFLP’s broader ecosystem of fundraising, recruiting and logistical support.

‘She Lived Life to the Fullest’: Ivana Trump, Ex-Wife of Donald Trump, Dies at Age 73 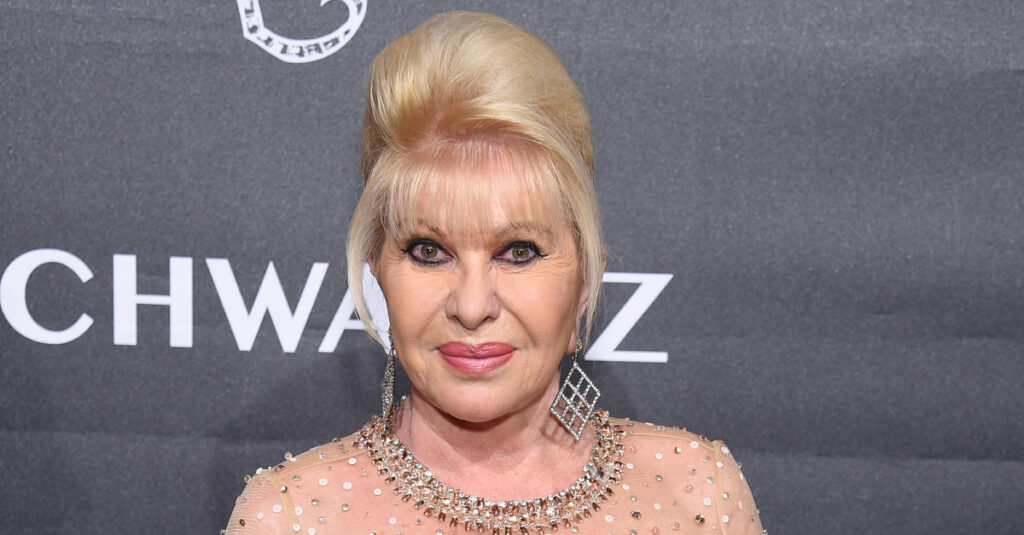