Did COVID-19 cause a case of Parkinson’s disease in an Israeli patient?

The team said they found the whole scenario “intriguing.”

A 45-year-old Ashkenazi-Jewish man was recently diagnosed with probable Parkinson’s disease after recovering from an acute case of COVID-19, according to a report published this month by Israeli researchers in the Lancet.

The lead author on the paper is Mikhal E. Cohen, a neurology resident at Shaare Zedek Medical Center in Jerusalem.

The man was hospitalized at Samson Assuta Ashdod University Hospital in mid-March and tested positive via a standard PCR molecular test for the novel coronavirus.

According to the report, he experienced fatigue, shortness of breath and chest pain during his three-day hospital stay. During that time, he was treated with salbutamol inhalations to relax the muscles in the walls of the small air passages in the lungs. He was not mechanically ventilated.

When he was discharged, he was transferred to a coronavirus hotel, where he started to experience odd symptoms that lasted for more than a month.

“He noticed that his handwriting had changed and become smaller and less readable than previously,” the article described. “He started having difficulties speaking and writing text messages on his mobile phone. He also had episodes of tremor in his right hand.”

He continued having these challenges even when he was released to home care. He was eventually admitted to the Department of Neurology at Shaare Zedek.

Although his speech had become slow and he was experiencing rigidity in his neck and arms and slow movement of his other extremities and when walking, extensive testing did not reveal that he had many of the standard signs of Parkinson’s.

“He did not have cognitive decline,” the report showed. “He did not have constipation, depression or rapid eye movement behavior disorder. He did not report a previous family history of Parkinson’s disease, nor had he been exposed to neurotoxins or recreational drugs.”

Even gene sequencing to screen for Parkinson’s related genes was negative.

The team nonetheless diagnosed the patient with “parkinsonism, meeting the Movement Disorders Society Unified Parkinson’s Disease Rating Scale criteria for the diagnosis of probable Parkinson’s disease.” And when they treated him with standard Parkinson’s disease treatments, they helped alleviate his symptoms.

Doctors are still unsure what led to the presumed degeneration of nigrostriatal dopaminergic nerve terminals that results in Parkinson’s disease. However, they shared some hypotheses: “Perhaps a susceptible genetic makeup made our patient vulnerable to immunologically mediated mitochondrial injury and neuronal oxidative stress,” the team posted.

“Another hypothesis could be that the virus causes inflammation via microglial activation, contributing to protein aggregation and neurodegeneration,” they continued. But they said that the short time interval between the acute COVID-19 infection and the parkinsonian symptoms made this less likely.

“Other researchers have proposed the so-called multiple hit hypothesis, by which the combination of toxic stress and an inhibition of neuroprotective responses can lead to neuronal death,” they continued. “Parkinson’s disease is often preceded by anosmia, which is a common feature of SARS-CoV-2 infection.”

They said they found the whole scenario “intriguing.”

“We cannot exclude the possibility that SARS-CoV-2 entered the central nervous system,” they concluded.

The Most Diverse Small Town in America Mourns Refugee Cuts WHO announces partnership with Kim Sledge to recreate ‘We Are Family’ 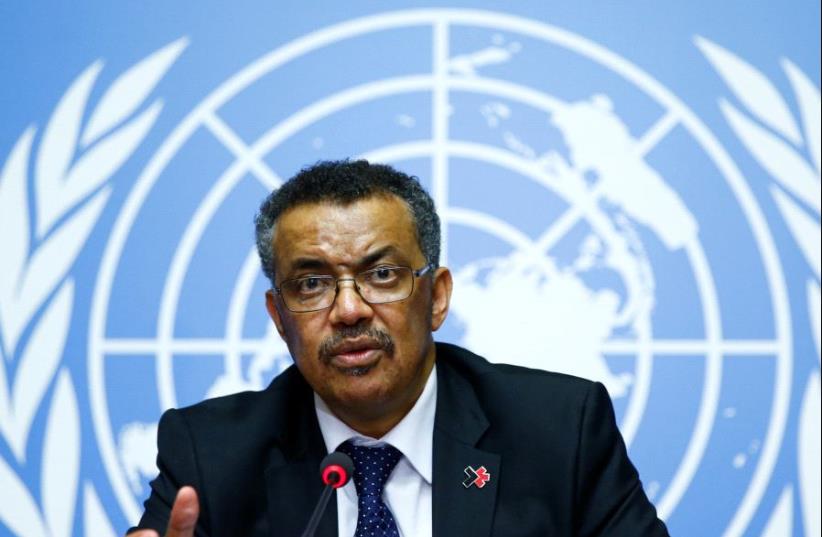