For tens of thousands of vulnerable children whose lives and families were already unstable before COVID-19 hit, the pandemic brought further disruption, unpredictability, and loss.

Prior to 2020, the child welfare system in America had begun to adjust its approach. The focus among christian ministries, advocates, and government programs had increasingly turned to prevention and early intervention for at-risk families to get the support they need.

There’s been a “huge shift” recently, according to Cheri Williams, senior vice president of domestic programs at Bethany christian Services, as systems work to find ways to “keep kids safe and protected with their [biological] families.”

The Families First legislation, passed in 2018, addressed strains in the foster care system by promoting ways to keep children being removed unnecessarily from their parents. The law offered more help for kinship guardians—relatives who could care for children in need—while aiming to reduce the need for fostering and limit group home options to the most difficult situations.

The coronavirus derailed some of those plans, as everything from funding to placements to preventative programs slowed to a halt amid government lockdowns and insufficient, makeshift virtual solutions. Agencies and advocates are now attempting to move forward with pre-pandemic plans, but the consequences of the past couple of years still linger.

Foster care entrances were down by 14 percent from 2019 to 2020, according to data released late last year, but not for lack of need. Rather, there were fewer opportunities to see and report abuse or neglect.

The Administration for Children and Families found that parental terminations were down by 11 percent in 2020, and 8,000 fewer children were adopted in 2020 than in 2011, likely due to lack of oversight and COVID-19-induced, bureaucratic stall.

According to the Children’s Bureau, a federal agency, more than half the decrease in entries occurred in March, April, and May, just as stay-at-home orders across the country were enacted. Calls to child abuse hotlines were down in most states, and runaways and child deaths increased by 13 percent and 6 percent, respectively.

Megan Perry is a christian foster parent and volunteer guardian ad litem (GAL) in Noblesville, Indiana. She fostered and worked with children throughout the pandemic. In her role as a GAL, also known as a court-appointed special advocate or CASA, she would check in with kids over video calls, often with parents just out of frame.

“It’s hard when you aren’t actually there to say is the neglect and abuse still going on or is it a parenting style,” she told Christianity Today. “You can only see very small things on video, and you can’t be in the home or go to the school, and it’s all just so impersonal.”

Because of the lack of access, Perry couldn’t be sure she was learning everything necessary.

For kids in foster care, if the trauma of home separation wasn’t bad enough, they had to go stretches of COVID-19 lockdowns with no in-person contact with their parents at all.

“The kids on my caseloads wanted to see their parents so unbelievably bad,” she said. “And they would just get 15 minutes of Zoom with them.”

Some of those same children, those who might have been reunited with their families in another year, were separated longer because of delays in foster care exit requirements.

Delayed court procedures, parenting classes, and drug treatment programs required for families to get their children back caused a system freeze, leaving children to linger in care without their parents. The other issue was COVID-19 itself. More than 200,000 kids in the US lost a parent or caregiver to the virus, creating more need on an overburdened system.

And though experts believe the best place for children who can’t be with their parents is often with kin caregivers, those family members are disproportionately older, putting them at higher risk for the virus. This meant fewer foster families and caregivers were available to open their homes, and less oversight and opportunity for children to get back to their biological families.

Weeks into the pandemic, Bethany president Chris Palusky predicted this result. “The coronavirus has already claimed millions of victims,” he wrote for CT in April 2020. “Whenever the COVID-19 crisis ends, we will need homes for a different kind of victim: the additional children entering foster care over the coming weeks and months.”

In many states, the foster care system was already struggling before COVID-19. Last year, a shocking study reported that 978 children went missing from Missouri’s foster care system in 2019. The state is not an outlier. Gen Justice, an organization that exists to protect and represent vulnerable children, found that 20,000 children “disappear” from foster care every year nationwide.

Jedd Medefind, president of christian Alliance for Orphans, said the stories of missing children are a heartbreaking glimpse into the foster care system and a call to the church to step into a “vital role.”

May marks National Foster Care Month. The church “can’t outsource” the responsibility they have to help “provide caring homes and supportive communities” for those within the child welfare system, he said.

CAFO works with churches across the country to “grow effective adoption, foster care and global orphancare rooted in the local church.”

About 40 percent of Protestant churchgoers say their congregation had been involved with adoption or foster care, according to a 2018 Lifeway Research survey, and a quarter knew someone at their church who had fostered children.

Some fear many of the missing—usually runaways—may be getting trapped into the sex trafficking industry. Studies out of the University of Connecticut found that half of sex trafficking victims had been part of the child welfare system or juvenile justice system at some point. The National Center for Missing and Exploited Children estimated that, of children reported missing in 2021, 19 percent were likely victims of sex trafficking.

Gen Justice worked to help pass a bill in Arizona that would require the immediate reporting of missing foster children through a photo ID system integrated with search and rescue. “Our missing kids will now also be reported to law enforcement within two hours, rather than weeks later or not at all,” wrote Gen Justice Founder Darcy Olson.

Despite these challenges, child welfare advocates are on a mission to protect more children through preventative and early intervention services that keep families together. Through Families First funding, foster agencies, ministries, and other organizations work with families before the need for foster care arises.

The legislation provides funding for parents to cover mental health services, substance abuse treatment, or parenting skills classes. It also allots funds for families providing kinship care and for vulnerable youth who are aging out of the foster care system without support up to the age of 23.

“We’re shifting to say, ‘Hey, how can we, as the body of Christ and the church, come alongside those who are struggling?’” said Williams. “How can we learn to be good neighbors, as believers can and should, versus judging families that are struggling?”

Williams believes Bethany’s mission as a christian organization is to listen to the voices of foster families and children and to find innovative solutions in partnership with given federal resources.

Even with pandemic restrictions lifted, job loss, addiction, depression, anxiety and other negative responses could make the task of biological-family unity harder.

“As Christians, we have a clear imperative that God designed the family as his best for his children,” said Medefind, who supports new changes in the Families First legislation to support families but hopes to see continued improvement on the side of child protective services as well. “Taking from one [source of funding] and moving it to the other is going to leave many children highly vulnerable.”

Because Families First directs funds to family unification and prevention, some of the funding for chil

The Supreme Court Leak Was an Unplanned Complication for Pregnancy Centers 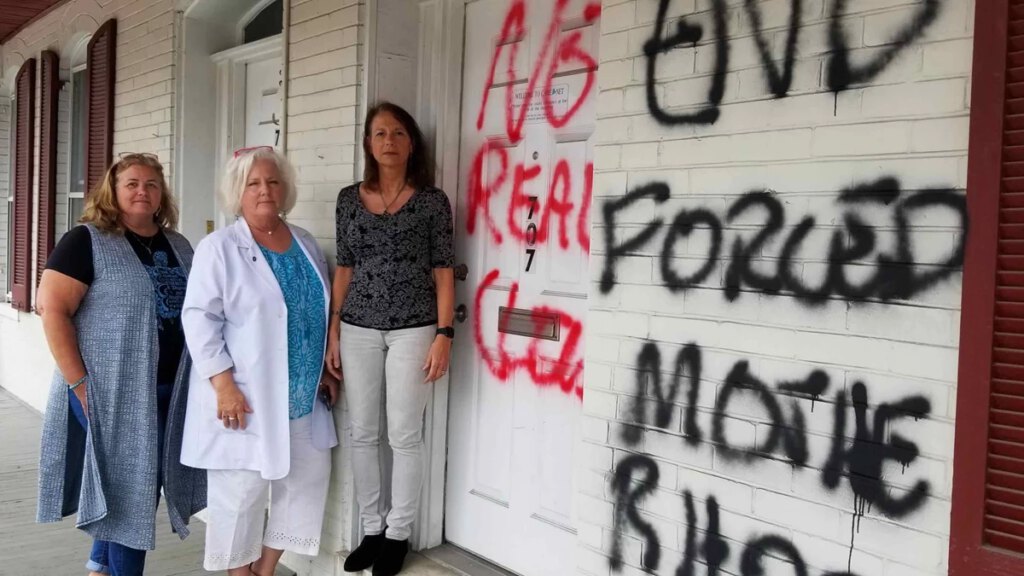 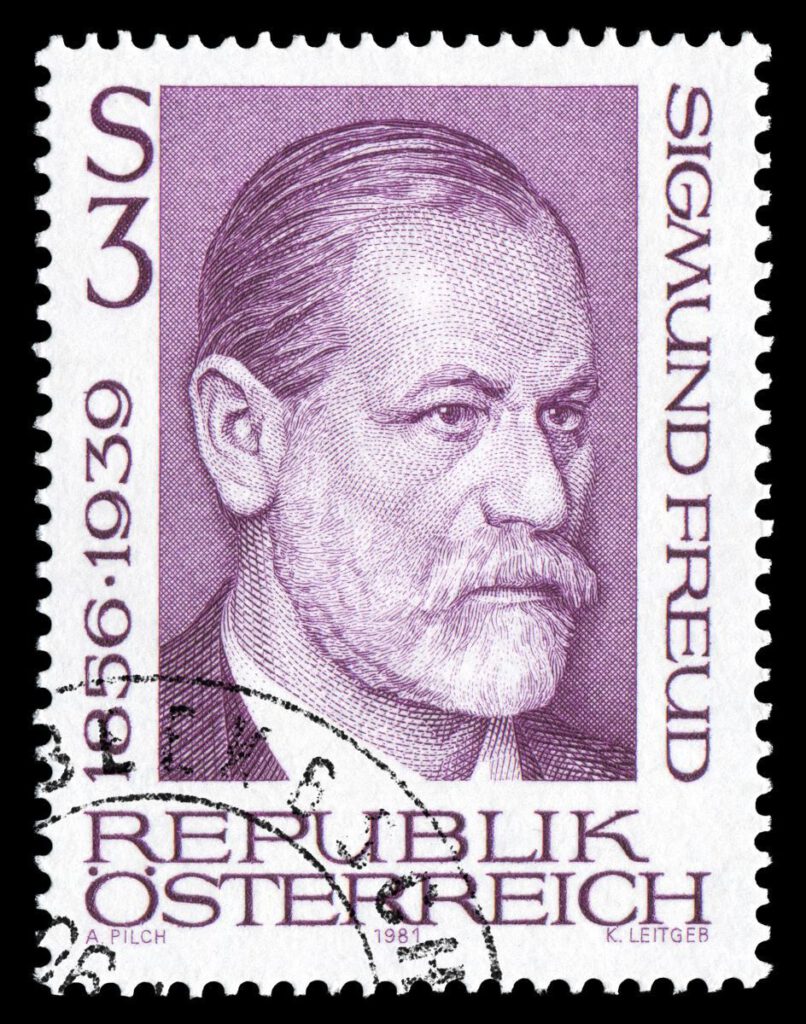