Despite Censorship, Chinese Christians Speak Out for Xuzhou Chained Woman

Last month, a short video of a “mother of eight children” in the countryside of Xuzhou, a large city northwest of Shanghai, caused an uproar on the Chinese internet. The footage showed a woman with iron chains around her neck answering a visitor’s questions with a slurred accent in a freezing shed with old, cold food on the floor. The image of the poorly dressed woman with disheveled hair and missing teeth shocked the nation.

Millions of Chinese netizens expressed concern for her, wondering if she was a victim of human trafficking and abuse, and criticized the local government ’s inaction. While officials have investigated the situation, the inconsistencies of their reports—as well as lingering questions about the woman’s origin, identity, and mental and physical health—have sustained heated online discussions, although many critical responses have been censored.

Chinese Christians in China and overseas have also spoken out online on behalf of the Xuzhou woman. Last week, one writer, “Li’l Engineer Wan,” published an article questioning why the government, which monitors the movement of citizens in its fight to control the spread of COVID-19, is not able to detect human traffickers and protect women and children. WeChat quickly deleted her article. A day later, FRI Chinese reported that several “Chinese American Christians launched a global christian appeal in solidarity with the chained mother of eight in Xuzhou.”

CT Asia editor Sean Cheng spoke with five Chinese Christians about the incident (for security reasons, those within China use pseudonyms):

CT: As a christian, how do you see the problems of Chinese society exemplified by the Xuzhou chained woman?

Zhang: The most prominent and serious problem is the discrimination suffered by women. According to media reports, thousands of young women (including female college students) are trafficked and disappeared every year in China. Some of them have suffered a fate similar to that of the Xuzhou chained woman. They are trafficked to the countryside and essentially become sex slaves and fertility machines for men who had difficulty finding a wife. In today’s modern civilization, this is really horrific, dark, unimaginable evil. Given the Mao-era political propaganda slogan of “women holding up half of the sky,” many people mistakenly believe that women have equal social status with men in China. But that is not the reality in today’s China.

The image of the woman in chains cries out at a decibel level that should convict the dark corner of the human heart. Her accusation against her fellow villagers is “Everyone here is a rapist!” Whether it is the longstanding tradition of foot binding in Chinese history (which Western missionaries to China advocated for its eradication), the murder of baby girls by drowning, the trafficking of women into prostitution by human traffickers, or the unbearable suffering like that of the Xuzhou woman in chains, all testify to the total depravity of human beings.

Qi Wan: On the surface, this is an issue of human trafficking. In reality, it’s about the lack of stability at the bottom of Chinese society. No matter how much we cover our bodies with the clothes of civilization today, when we lift up these garments, the inside remains the same: the traditional Chinese beliefs of “passing on the family gene is the bottom line” and “women are inferior to men.” If these women resist and run away, their captors may be punished. Instead, they are deemed “dangerous” and chained.

Incidents like what happened to the Xuzhou chained women are not uncommon in the regions where the Yellow River floods (the provinces of Henan, Anhui, and Jiangsu), where the tough criminal traffickers are often protected by corrupted local officials. People are shocked by the inaction of the judicial administration, but also by the fact that some officials are always thinking about their own economic interests first and are covering up the crimes. These are old illnesses in China that have never been cured.

Tan: This incident is an expression of the ultimate extension of patriarchy: the instrumentalization and objectification of women. Women’s inherent value is seen as inferior to men and women are regarded as lesser beings. This is not only a problem in the general Chinese society, but Chinese Christians may also be influenced by such a culture. Some Christians even use Bible verses such as Genesis 2:18 and 3:13–20 to support patriarchal ideas, ignoring the fact that the Bible makes no distinction between men and women, whether it refers to the grace of salvation in life or the gift of the Holy Spirit to build up the church after salvation.

Before sin entered the world, God created male and female in His own image (Gen. 1:27). The dichotomy of male and female relationships, with the desire to rule over each other, was not in accordance with God’s original intent. In contrast, while the Bible does not advocate for female superiority over men, instead it records heroes and villains, wise people and foolish people, without prioritizing gender. Sexism is actually inconsistent with the christian faith, and Christians should not use the Bible to endorse a culture of male superiority and female inferiority.

CT: From the point of view of caring for the victims, how can Christians do better?

Tan: Christians should pray for the damage done to these eight children. The victims of this incident are obviously the mother of the eight children first and foremost, but the media and the masses seem to have ignored the eight children growing up in this family, who are in fact direct victims as well. I am concerned about the adult son who went off to work when he was 14 or 15 years old. How does he view women when he enters society? Will he spend his life in frustration, conflict, confusion, and pain that he cannot understand?

Since the video has been released, the second son, who is about 12 years old, has been hounded and bullied by citizen journalists, and has had to handle frequent visits from outsiders looking to donate to the family but also from the police as they investigate the situation. I worry about what kind of self-image, outlook on life, and values he will develop as he enters the key period of adolescent growth.

I noticed in the video that none of the other six children ever approached their mother voluntarily. Will they grow up with a lifelong sense of absence, low self-esteem, anger, or confusion? I am also concerned about who will take care of these children once their father is arrested and their mother is sent to the mental hospital. Who will heal their wounded hearts and correct their distorted vision, besides feeding and clothing them? Who will care about the revision and enforcement of laws regarding children’s welfare and rights?

Jun Yi: From the perspective of the christian faith, the mother of eight children in Xuzhou was made in the image of God and cherished by God with compassion. Therefore, she has precious dignity that should be respected and preserved. Doing harm to the dignity of another person is an offense to the glory of God and a violation of his law. The beating, chaining, and sexual abuse of the mother of eight is a naked trampling on human dignity. God cares for human souls and he also cares for their well-being in this world.

The other aspect of the matter is social reconciliation requires that people who accuse others realize that they are not totally righteous, but sinners. We may also have in our hearts the lust to commit adultery, the desire to threaten and control others, and to dominate our spouses. The father of the eight children needs repentance and God’s grace as much as we do.

CT: There is currently very strict censorship of speech in China. Speaking out may risk retaliation and persecution. In an environment of increasingly harsh speech control, is it right to ask Christians to stand up for justice? Is it fair to equate silence with complicity?

Qi Wan: Over the past couple of weeks, I have witnessed women trying their best to speak up for women. The most intense discussions and retweets on WeChat are mostly from women. There are also women who show bravery in offline real life. Two female netizens went to Feng County to visit the chained woman with a bouquet of flowers and a card saying “Sister, the world has not abandoned you,” They were not allowed to meet the chained mother.

Instead, several unidentified men forced black cloth bags over their heads and took them to the police station to be interrogated. After a few days of intense questioning, the women were released. However, they documented their lives in detention and gave us a glimpse of another kind of slavery. The female netizens were ahead of many media outlets, not only in seeing the truth, but also in bringing comfort to the chained woman, whom they regarded as their sister.

Does Russia’s War on Ukraine Fit in Biblical Prophecy? Pastor Greg Laurie Says it May 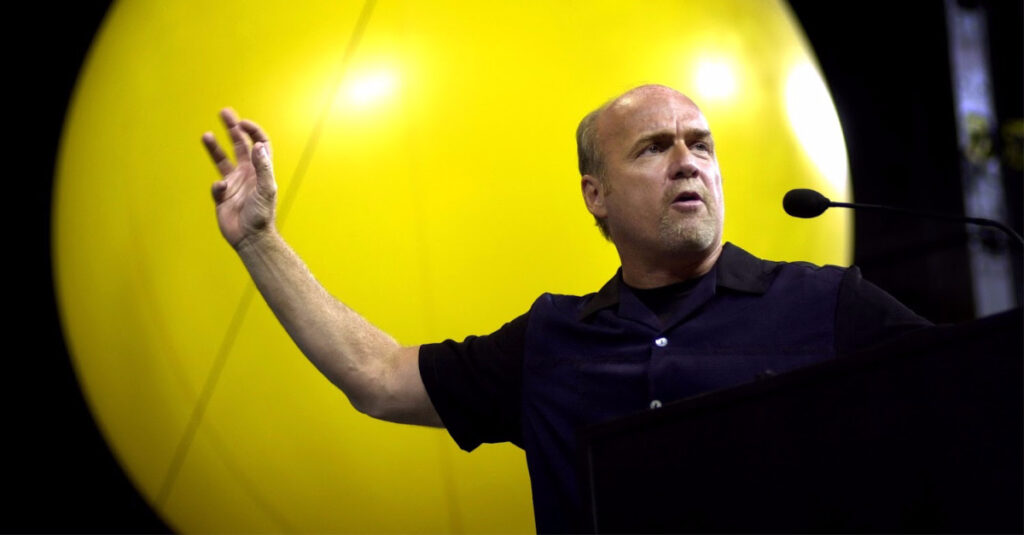