Tutu was diagnosed with prostate cancer almost two decades ago.

The feisty spiritual leader of millions of Black and white South Africans seized every opportunity at home and abroad to rail against the racially oppressive regime that stifled his country for decades. His struggles earned him the Nobel Peace Prize and appointment to the leadership of a commission that sought to reveal the truth of apartheid’s atrocities.

Tutu’s death “is another chapter of bereavement in our nation’s farewell to a generation of outstanding South Africans who have bequeathed us a liberated South Africa,” said South African President Cyril Ramaphosa.

“From the pavements of resistance in South Africa to the pulpits of the world’s great cathedrals and places of worship, and the prestigious setting of the Nobel Peace Prize ceremony, the Arch distinguished himself as a nonsectarian, inclusive champion of universal human rights,” he said.

Former US President Barack Obama hailed Tutu as “a moral compass for me and so many others. A universal spirit, Archbishop Tutu was grounded in the struggle for liberation and justice in his own country, but also concerned with injustice everywhere. He never lost his impish sense of humor and willingness to find humanity in his adversaries.”

“His legacy is moral strength, moral courage and clarity,” Anglican Archbishop of Cape Town Thabo Makgoba said in a video statement. “He felt with the people. In public and alone, he cried because he felt people’s pain. And he laughed—no, not just laughed, he cackled with delight—when he shared their joy.”

A seven-day mourning period is planned in Cape Town before Tutu’s burial, including a two-day lying in state, an ecumenical service, and an Anglican requiem mass at St. George’s Cathedral in Cape Town. The southern city’s landmark Table Mountain will be lit up in purple, the color of the robes Tutu wore as archbishop.

In later years, Tutu carried his work for justice into other areas beyond racial reconciliation—from AIDS to poverty to gay rights.

“All, all are God’s children and none, none is ever to be dismissed as rubbish,” he said in 1999 to the “God and Us” class he taught as a visiting professor at Emory University’s Candler School of Theology. “And that’s why you have to be so passionate in your opposition to injustice of any kind.”

Long before South Africa elected its first democratic government in 1994, Tutu dreamed of and spoke fervently about “what it will be like when apartheid goes.”

But there were times in public speeches and in interviews when the cleric doubted whether, after decades of agitating for social justice, he would live to witness the decay of apartheid.

During the 1970s and ’80s, when other Black leaders critical of white majority rule were being violently snuffed out or silenced, Tutu’s prominence in the church made his one of the few Black voices strong enough to resonate around the world.

But at times, not even his stature in the church or powerful international religious connections were enough to keep the government at bay or from confiscating his passport. Protests by the world’s leading clerics, including the Archbishop of Canterbury, came but failed to buffer Tutu from the brutal regime.

Tutu said a disciplined prayer life helped him through apartheid and continued to sustain him decades later.

“I could myself not have survived had I not been buttressed by my spiritual disciplines of prayer, quiet, and regular attendance at the Eucharist,” he told Religion News Service in 2011.

In a 1992 interview with Christianity Today, Tutu explained his biblical basis for political activism on behalf of the oppressed.

“What is true religion?” he said. “In Isaiah 1, God says, ‘I will not accept a religion merely of outward observances. If you want to repent of all the wrong you have done, show it by doing justice—not just to anybody, but to the widow, the orphan, the alien, the most voiceless of the voiceless.’

“And what is the true fast?” he told CT. “In Isaiah 58, God says, ‘The fast I want is not that you be bent like a reed and starve yourself, but that you loose the prisoners’ chains.’”

Tutu also explained how religious activism can be taken too far. “We can easily think we have a hotline to God and that our purely human insights have divine approval,” he said. “And activism based on religion, in and of itself, is not necessarily a good thing. It has been religious fanatics who have done some of the greatest damage in the world….

“We can also be intolerant. Activism can mean dismissing those who hold a different point of view as being beyond the pale,” he told CT. “When we identify with a good cause, we must as well have proper distance from it and maintain respect for those on the other side.”

His bold protests against racial segregation and public campaigns for international economic sanctions made Tutu a thorn in the side of the South African government. But to many Blacks in the country, Tutu wasn’t radical enough. Some even chided him for being dedicated to crafting a nonviolent resolution with whites for racial reconciliation in South Africa.

Tutu never set out to be a controversial figure or even a priest.

In fact, as a child, Tutu was baptized a Methodist, but he later converted to Anglicanism with the rest of his family in Klerksdorp, South Africa, where he was born. The son of a schoolteacher, Tutu wanted to become a physician but with no money or scholarships available, he enrolled in a teacher-training program.

His career as a teacher was short-lived. After resigning from his teaching post in protest of the government’s educational policies toward Blacks, Tutu turned to the priesthood and to the church.

His would be a career of firsts. In 1975 Tutu was named the first Black Anglican dean of Johannesburg and in 1976 he was elected bishop of Lesotho, an independent African country encircled by South Africa. Two years later he became the first Black general secretary of the South African Council of Churches. Tutu used his post as general secretary as a platform to peacefully advance the anti-apartheid movement.

In 1984, the Anglican bishop was teaching in New York on sabbatical when he learned that he won that year’s Nobel Peace Prize for his nonviolent crusade against apartheid. His fellow Black South Africans bestowed a rapturous welcome on the laureate when he returned home and it was to them Tutu dedicated his prize.

“This award is for you, the 3 1/2 million of our people who have been uprooted and dumped as if you were rubbish,” said Tutu in a speech delivered at the headquarters of the South African Council of Churches.

It was a stellar year for Tutu. Just one month after winning the Nobel Prize, he was elected the first Black Anglican bishop of Johannesburg. There were expectations that Tutu’s episcopacy would squelch his passion and protest. That never happened.

In 1996, a decade after he was elevated to Anglican archbishop of Cape Town and primate of much of southern Africa, Tutu laid aside the staff of his episcopate, but he did not abandon the work that consumed much of his adult life—bringing freedom and healing to a racially fractured South Africa.

Tutu’s quest for a free South Africa put him on the front line of politics and protest, but he often dismissed claims that he had political ambitions. He would respond to the curious by saying: “It just so happens that I am myself Black, but the most important thing about me is that I am a christian leader in South Africa at a critical period in its history. I have been given the ministry of reconciliation.”

Content with being “the priest,” even in the new South Africa, Tutu was determined to maintain what he called a “critical distance” from the government that being “the politician” wouldn’t allow. Said Tutu: “If it is evil, it is evil, and I’m going to tell you so.”

In the mid-1990s, Tutu was chosen to head South Africa’s Truth and Reconciliation Commission. Despite his illness and cancer treatment, Tutu kept watch over the commission as victims, perpetrators, the police, and the country’s former president aired the misdeeds of the era he fought against.

As the world watched the commission’s proceedings, television cameras often caught the quick-witted Tutu sobbing audibly over the recounting of some horrible atrocity that was being disclosed.

Years later, he continued to preach about the need for reconciliation and forgiveness.

“[F]orgiving is a gift to the forgiver as well as to the perpetrator,” he told RNS in an interview in 2014, when he coauthored “The Book of Forgiving” with his daughter Mpho Tutu. “As the victim, you offer the gift of your forgiving to the perpetrator who may or may not appropriate the gift but it has been offered and thereby it liberates the victim.”

In an adapted 1998 essay for Christianity Today, Tutu reflected on how if reconcilication could happen in South Africa, it could happen elsewhere:

We are going to succeed—why? Because God wants us to succeed for the sake of God’s world. We will succeed in spite of ourselves, because we are such an unlikely bunch. Who could ever have thought we would ever be an example, except of awfulness? Who could ever have thought we would be held up as a model to the rest of the world—not eminently virtuous—clearly not with an evil system. Not too bright. God wants to say to the world, to Bosnia, to Northern Ireland, et cetera: Look at them. They had a nightmare 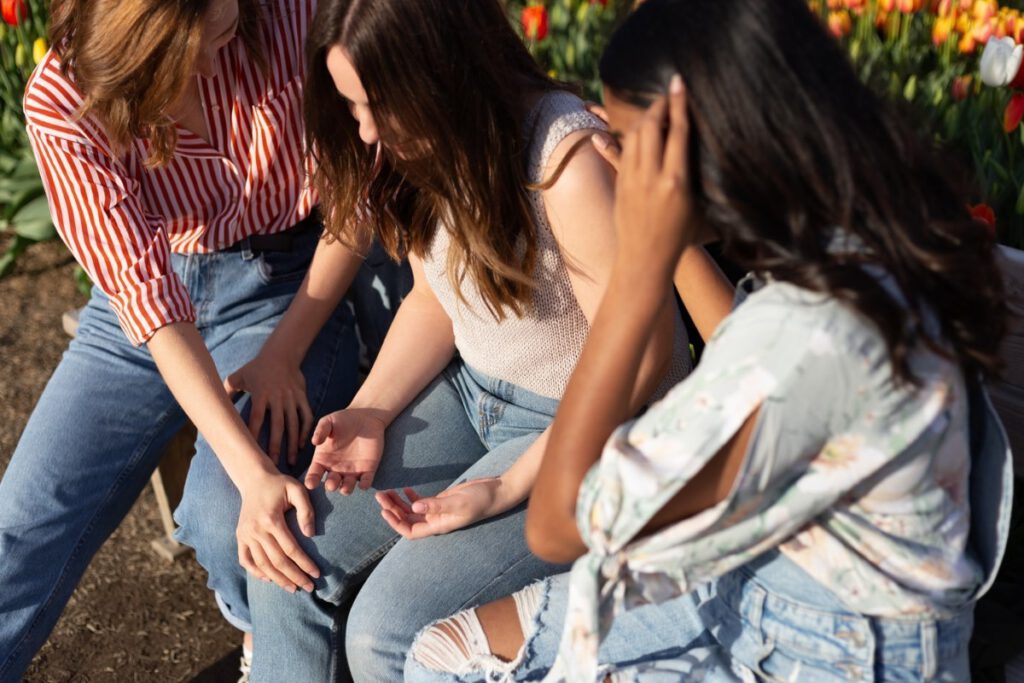 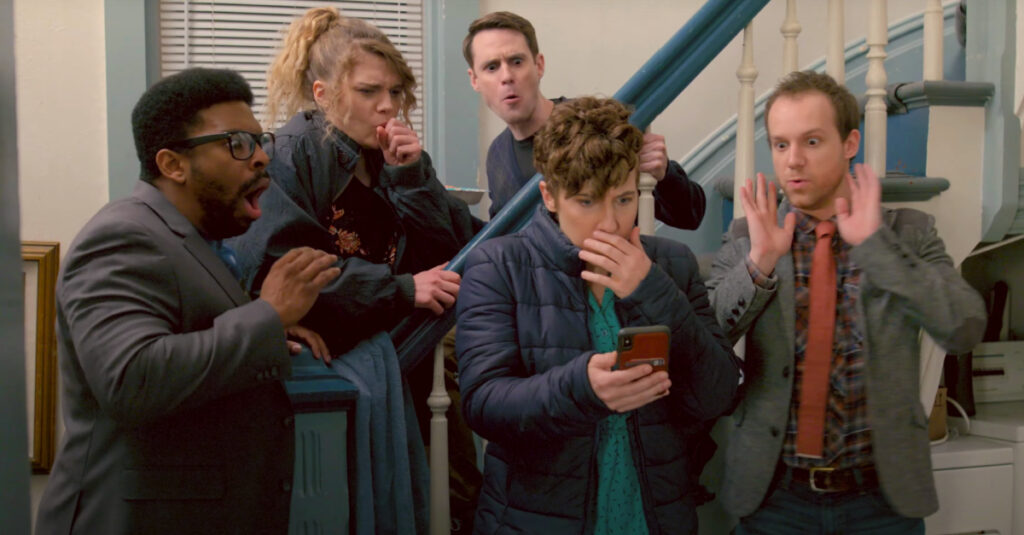