Defeat the Mandates protesters: We’re not ‘anti-vaxxers,’ this is about coercion

Written by The Ministry of Jesus Christ on January 24, 2022

WASHINGTON — Thousands of demonstrators gathered in the nation’s capital Sunday to protest what they consider extreme COVID-19 vaccine mandates, specifically objecting to government and employer mandates.

At stake are fundamental liberties outlined in the U.S. Constitution, according to several who spoke with The christian Post, and the right to determine what’s best for their health in accordance with the dictates of their conscience.

The Defeat the Mandates rally, which featured critics of both COVID-19 vaccines and the mandatory measures being implemented across the country, began with a procession from the Washington Monument to the Lincoln Memorial.

Among the long line-up of speakers were several figures who’ve been outspoken critics of certain COVID-19 policies in both the private and public sectors. They included Robert F. Kennedy Jr., author of The Real Anthony Fauci: Bill Gates, Big Pharma, and the Global War on Democracy and Public Health; Dr. Peter McCullough, a Dallas-based cardiologist; Dr. Robert Malone, a virologist and co-inventor of mRNA vaccine technology; and Dr. Aaron Kheriaty, a psychiatrist and medical ethicist who has been contending that natural immunity should be recognized and who was fired from his professorship at UC-Irvine.

While considerable attention was given to those who’ve suffered health complications and injuries from COVID-19 injections, speakers also detailed the ways in which people’s rights are being abrogated by public health authorities.

“The minute they hand you that vaccine passport, every right that you have is transformed into a privilege contingent on your obedience to arbitrary government dictates. It will make you a slave,” Robert F. Kennedy Jr. declared while speaking from the steps of the Lincoln Memorial.

Several demonstrators who spoke with CP expressed their frustration with how they were being portrayed by corporate media, which frequently referred to attendees as “anti-vaxxers.”

When asked by this reporter if she was an anti-vaxxer, Sherry Walker, a Houston-based captain for United Airlines and the co-founder of Airline Employees for Health Freedom, said: “No way.”

“In fact, my mom got the [COVID-19] vaccine. We believe in choice, that which is between you and your doctor and you and your God,” she said.

Walker added that both she and her now 16-year-old son have received immunizations for various diseases. But she felt obligated to counter company mandates on their employees. Walker said she also objects to the use of fetal cell lines in the development and production of the various COVID-19 shots.

“This is not an anti-vax rally,” she maintained. “This is a rally to tell our government that we’re going to hold them accountable to illegal mandates, and in our specific case with Title VII with our employer.”

Walker went on to explain that United Airlines initially started incentivizing their employees to get the vaccine by offering extra pay and other benefits. When management didn’t receive the response they’d hoped for last summer, they imposed a mandate. Objecting to this, Walker and a cadre of employees who held religious objections or had medically-based reasons for not getting the jab felt that Title VII granted them reasonable accommodations and started applying for them.

But as the process unfolded, “it became apparent that they were going to terminate us no matter what,” Walker said.

United employees summarily filed a lawsuit against the airline and are asking the Fifth Circuit Court of Appeals for a preliminary injunction.

“We believe that our powers emanate from God, not man,” she said, noting the sincere faith of many of their members. “And the problem we have right now with this mandate is that we give an inch, what’s next?

“In 10 years when my 16 year old looks at me and says: ‘Mom, I don’t have the right to do, fill in the blank, why didn’t you stand up when you had a chance?’ That’s what we’re standing up for — our faith and our bodily autonomy. If we acquiesce now, the woke media and mainstream would just as soon erase our faithfulness.”

Danielle Runyan, an attorney who’s one of the co-founders of the group and whose husband is a pilot for the commercial airline, said that even though the Supreme Court struck down the Occupational Safety and Health Administration mandate requiring COVID-19 shots for certain private companies, in practice, both private and government employers have not honored employees’ religious and medical exemptions. In the court’s 6-3 ruling last week, it concluded that Congress gave OSHA the power to regulate workplace dangers but not healthcare.

Provisions and processes within the Americans with Disabilities Act and in Title VII of the Civil Rights Act related to religious and medical exemptions have been largely ignored on this issue, she said.

“It’s a process of coercion to get jabs in people’s arms, which then ultimately leads to firing people, which is just further coercion,” she told CP.

Fifth Circuit Court of Appeals Judge James C. Ho, a Trump appointee, held in his dissenting opinion in the United Airlines case that this was the ultimate “crisis of conscience” and the quintessential irreparable harm and was thus worthy of an injunction.

“People have bought into the narrative that has come from the leadership at the federal level on down,” Runyan said, noting that the prevailing narrative has been “if you don’t do this, you don’t respect your fellow American citizens.”

Runyan insists that is not true and recounted that she recently got a flu shot and that many in her group, who are mostly in their 30s and 40s, have all likely received many vaccines as children. But after she did some of her own research and identified a potential harm in the COVID-19 shot, she decided not to take the risk.

“And as a christian, my body is my temple,” she added, referencing 1 Corinthians 6:19, “and I’m not willing to harm that.”

On Friday, a federal judge in Texas blocked the Biden administration’s vaccine mandate for federal workers.

One group that has obtained the kind of injunction the airline health freedom group is seeking is Feds for Medical Freedom, a group of federal government employees and contractors resisting the mandates. The group’s website states that they believe the government “should not fire workers because of their health conditions or medically-informed health care decisions.”

“Many of our members in our group are fully vaccinated with the COVID vaccine. But they believe that this is a private matter for them in their medical providers and that their employer has no role in it and certainly that it shouldn’t be a condition of employment for them to disclose that information or to make that private medical decision,” Marcus Thornton, the group’s founder and president, told CP.

“We’re going to stay in the fight until we win it,” he said. “The DOJ already appealed that decision and so we’ll have to see how this process plays out. But I’m confident that justice will prevail,” he added, noting that he believes it’s fundamentally “a question of bodily autonomy and human rights and each person should have the right to decide what to put in their body or not.”

Reggie Littlejohn, a longtime activist who has been exposing the horrors of forced abortions in China with her organization Women’s Rights Without Frontiers, is co-chairing the Stop Vaccine Passports Task Force. Littlejohn told CP that what many don’t realize is that the digital technology being employed to administer the COVID-19 vax passports is a precursor to a much more nefarious endgame.

“Getting everybody to be really afraid of the virus, and then mandating that everybody get the vaccine is what gives the excuse for the institution of these digital passports that are on people’s smartphones. And these can incorporate the same functionality as China’s social credit system,” Littlejohn explained.

“And the goal of the social credit system is mass surveillance and totalitarian control.”

In China, the health pass turns green if a person is vaccinated and healthy, yellow if they have COVID symptoms, and red if not vaccinated or not healthy. This is how dissidents are controlled, she said. If a health passport turns from green to yellow, freedom of movement is severely impeded. The Chinese health passes are also being used to track other information such as social media posts, financial history, and online searches.

“I am not an anti-vaxxer. I have traveled twice around the world. My vaccination card is as long as my arm. Many of the people speaking at this march are vaccinated for not just anything, but for COVID [too]. We have very specifically said that this is not an anti-vax march. This an anti-coercion, an anti-vaccine passport march,” she emphasized.

“It’s one thing to say that you think the vaccine could be good for certain demographics, say if you’re elderly or immuno-compromised,” Littlejohn added. “You can be in favor of the vaccine in those circumstances and be absolutely opposed to mandating it for children and everybody else who is healthy.”

Standing up publicly against the vax passports is important in light of alarming polarization, Littlejohn continued, pointing to recent Rasmussen polling data showing that 59% of Democratic voters want unvaccinated people to be confined at home, 45% want the unvaccinated in designated facilities, and 48% desiring fines or imprisonment for anyone who questions vaccine efficacy.

Aaron Lewis, a pastor from Connecticut who serves as a spiritual liaison for Children’s Health Defense, believes the federal government has usurped its authority to the point that it has confused millions of people in the United States, and hundreds of millions more across the world, as to who God is.

“We are at the point now that if someone doesn’t turn the ship around, millions of people of faith will be giving their total allegiance and reliance to the government and abandoning everything that has to do with the true and living God,” he told CP.

“I believe that a lot of people who appear to be very good-hearted and loving … have been deceived. Why? Because we have gone through a system and a cycle and a process of giving attention and more of our heart to government and not God.”

Lewis, who is African American, believes it’s problematic that the pharmaceutical industry is immune from legal liability in cases of vaccine injury and spurns the use of the term anti-vaxxer, saying it amounts to “a new N-word” and is wielded to divide people and segregate society.

“Not only have people had a lot of immunizations, some people take the position that ‘I don’t want it for me and my family but if you do it for you, I respect that.’ But the agenda says that if you don’t 100 percent accept it for you, your family, all your friends, or anyone you meet, then you’re an ‘anti-vaxxer.’ That’s a derogatory term,” he said.

Israel’s COVID-19 Green Pass: To renew or not to renew? – analysis 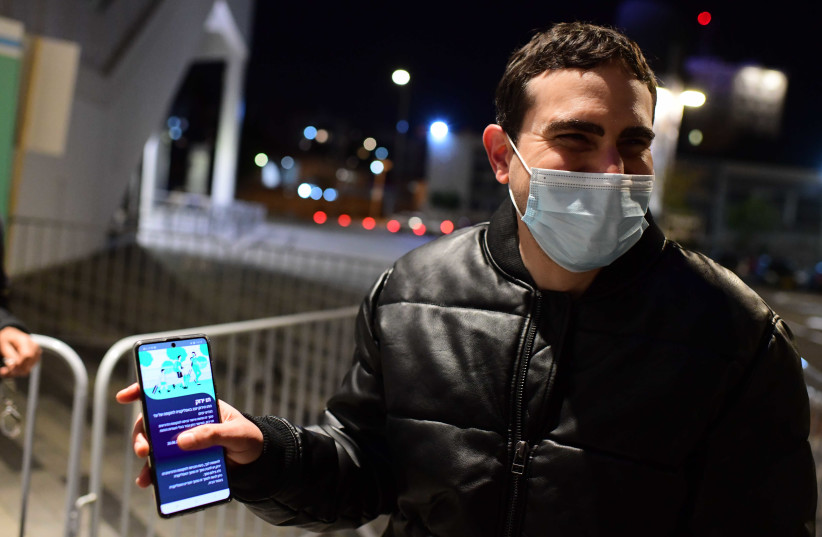 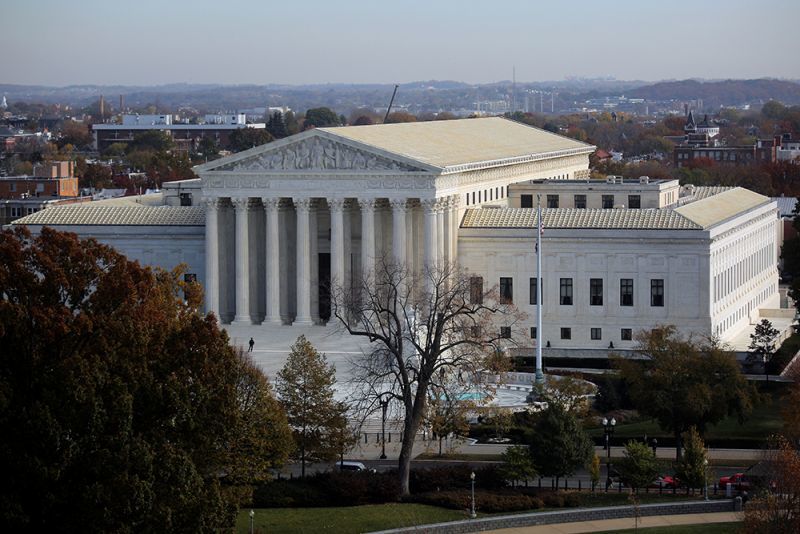