Approximately 48,000 more Americans have died during the FDA’s 48-day delay since this Emergency Use Authorization (EUA) was requested on July 1. Dr. McKinnon’s clinical trial found an impressive 51% reduction in deaths if HCQ was begun within 24 hours of admission to hospital.

An outpatient primary care study by Dr. Vladimir Zelenko, using HCQ, azithromycin and zinc given within less than 7 days of COVID-19 symptoms, showed approximately 80% decrease in deaths, and less than 1% of his patients needed to be admitted to hospital. These extraordinary results show how many lives can be saved with early HCQ treatment.

The physician head of the FDA, Dr. Steven Hahn, has again betrayed physicians and patients by preventing Americans from having the “right to try” HCQ for early COVID-19 treatment. Dr. Hahn knows full well the FDA approved HCQ as safe in 1955, and it has been used in millions of patients worldwide for 65 years with an impressive track record of safety in patients of all ages, all ethnic groups, and even pregnant women and nursing mothers.

The FDA’s denial of the EUA for early outpatient COVID-19 use of HCQ continues their false narrative in claiming outpatient harm for HCQ, based on inpatient data in critically ill patients. Dr. Hahn has ignored established facts of effectiveness and lack of harm for outpatients that have been established in more than 50 recent studies.

The newly released study from Turkey found no cardiac abnormalities with HCQ given at therapeutic doses for 5 days in early COVID patients. Attributing any late-stage cardiac effects to HCQ that is known to be caused by the virus and inflammatory damage is indefensible.

What amount of “data” will ever satisfy Dr. Hahn?

The FDA used a standard of “may be effective” for the rapid May 1 EUA given to the experimental anti-viral remdesivir, based on one controlled clinical trial terminated early. Yet FDA is now requiring a higher standard of a randomized controlled clinical trial for the already FDA-approved HCQ in safe use for 65 years. Remdesivir showed very little benefit shown in hospitalized COVID patients and had serious side effects. Nine of the members of the NIH panel relied on for COVID treatment advice were supported financially by Gilead Sciences, maker of remdesivir.

As a cancer specialist, Dr. Hahn knows early treatment of any disease is critical, especially viral illness. But it is more critical with COVID-19, or SARS CoV-2, as we learned in 2005 when National Institutes of Health (NIH) and Centers for Disease Control and Prevention (CDC) published their studies from the 2002 outbreak of the closely related SARS-CoV-1 virus. These laboratory tests of possible anti-viral medicines clearly showed potent antiviral effects of chloroquine (CQ) against SARS-CoV-1 to block the SARS-CoV-1 infection at the earliest stage. Dr. Fauci was at NIH them, so he has known about this work for more than 15 years.

From these studies we know that HCQ with zinc works during the first five days to stop viral entry into our cells and to block the virus from multiplying.

But by day six or seven, the viral load explodes and then triggers an exaggerated inflammatory response. This “cytokine storm” can severely damage critical organs: lungs, kidneys, heart, brain, liver and intestines and is often fatal.

In 2020, Dr. Peter McCullough’s team showed prophylactic benefits of HCQ given to hospital workers who were exposed to COVID daily in their work, just as found in India, South Korea, China, and multiple other countries.

Why don’t Americans have the freedom to use HCQ here as in other countries? FDA’s misleading statements about HCQ have led to dangerous, unprecedented restrictions on physicians’ off-label prescribing rights imposed by state governors, medical boards and pharmacy boards. The supply of HCQ has been ramped up to handle its use in early treatment of COVID. The Strategic National Stockpile has millions of doses deteriorating in government warehouses that are not being distributed because doctors are prevented for political reasons from prescribing for outpatients with COVID-19.

Americans are dying needlessly for political and financial agendas waiting for the “magic bullet” of a vaccine, not due to lack of available treatment for COVID-19. We still need therapeutics, such as HCQ, even if a vaccine works and is safe.

Testing is inaccurate and often unavailable, and HCQ dispensing must not be limited to persons with a positive test. Such limits also prevent prophylactic use. Governors and bureaucrats must not be allowed to arbitrarily restrict life-saving HCQ treatment.

The Fauci-Hahn strategies of suppressing the positive studies of HCQ effectiveness for outpatient use, while focusing on mandatory mask edicts and continued shutdowns of businesses, schools, and churches are not controlling the pandemic. These political agendas have eroded our constitutional freedoms, and devastated our financial, psychological, physical, and spiritual well-being — while costing 1,000 American lives every day.

Dr. Hahn needs to be held accountable for the preventable deaths caused on his watch. As a physician licensed in 3 states that prevent prescribing HCQ for my patients, I submitted a formal request to the Chairman of Senate Oversight Committee on Homeland Security and Governmental Affairs (HSGAC) for Dr. Hahn to be called before the Committee to produce the data on which FDA is claiming “harm” in using HCQ for outpatients in the mild stage of COVID, but no such harm for RA, Lupus, or malaria.   FDA’s hypocrisy ignores their own safety data, basic science, clinical studies, and common sense.

Americans must speak out and demand the medical freedom to consult their physicians and decide treatment options without government interference.

Elizabeth Lee Vliet, M.D. is the past Director of the Association of American Physicians and Surgeons (AAPS).  She received her M.D. degree and internship in Internal Medicine at Eastern Virginia Medical School, and completed specialty training at Johns Hopkins Hospital.  In 2014, she was awarded the Ellis Island Medal of Honor for her national and international educational efforts in health, wellness, and endocrine aging in men and women. 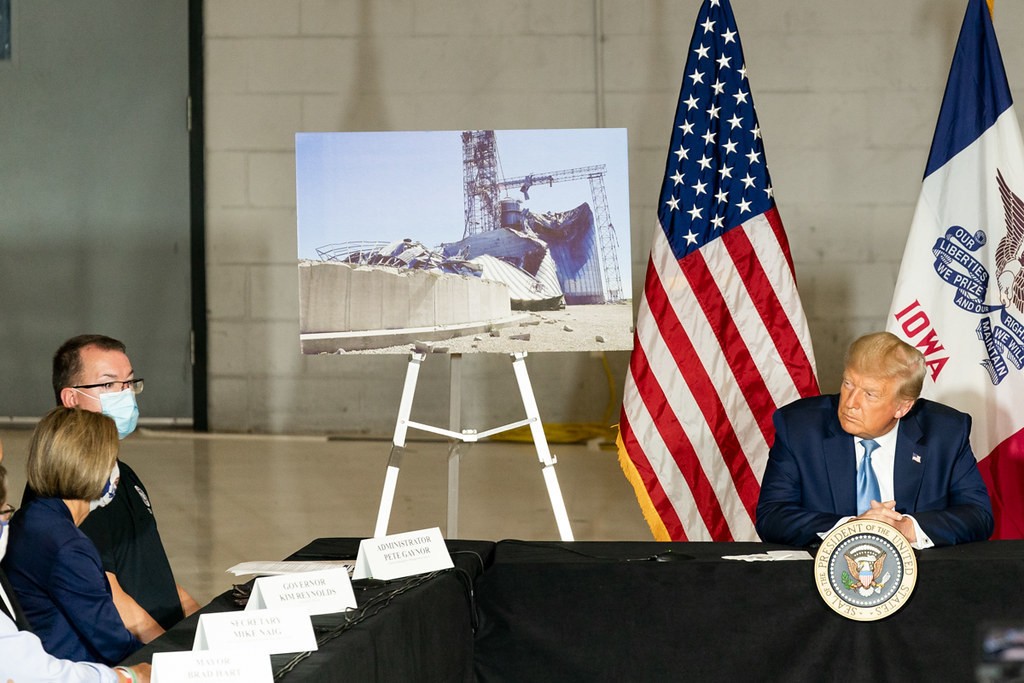 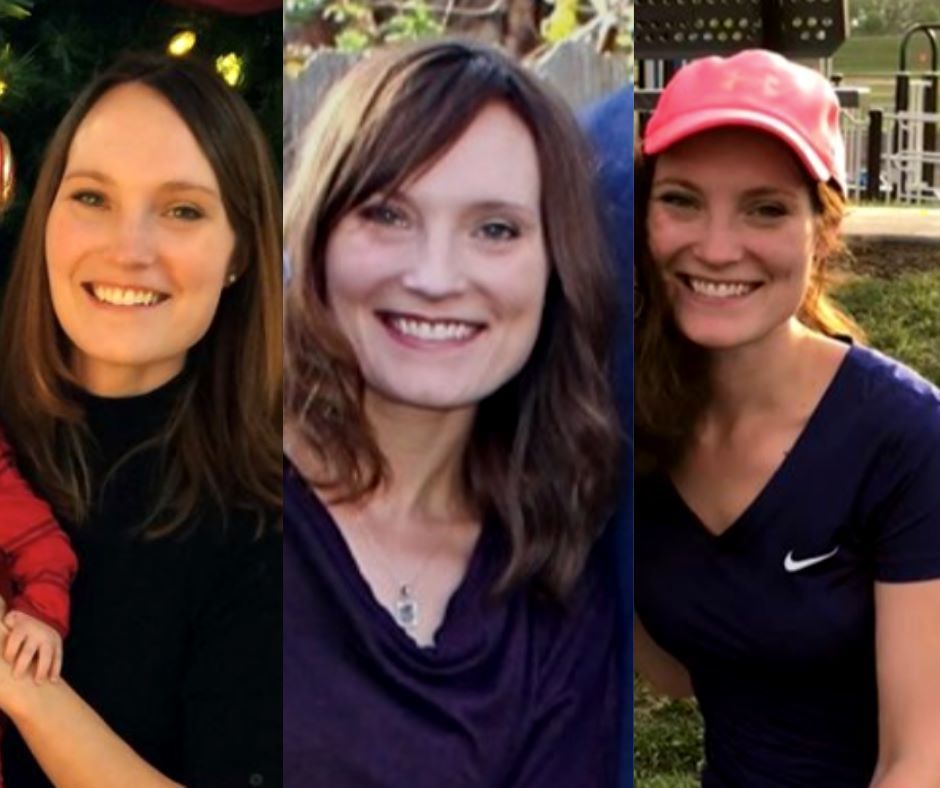