Until now, many of the choices that the coronavirus cabinet has made have appeared rooted in populism and devoid of the best interest of the public.

Police are seen setting up a checkpoint for drivers, during Israel’s second lockdown, September 2020.

Israel has lost the next phase of the COVID-19 battle before it even started.

The seemingly contradictory statements made by the top echelon of the Health Ministry on Monday left the public once again confused and disillusioned. They were all too reminiscent of the type of chaos that the politicians have caused up until now.

Head of Public Health Services Dr. Sharon Alroy-Preis said on both Sunday and Monday that schools would not be able to open next week because the number of new daily patients had not dropped to the required 2,000 and the reproduction rate (R) was not yet under one. This means that each infected person infects less than one other person.

However, earlier in the day, both coronavirus commissioner Prof. Ronni Gamzu and Health Ministry director-general Itamar Grotto reported the opposite: Preschools would resume as planned by October 18. Gamzu went so far as to insinuate that even grades one and two might return to their classrooms.

When Alroy-Preis was asked during an evening briefing about this disconnect, she simply responded that there wasn’t one. Grotto, she said, “believed” that the country would reach the needed numbers by Sunday. She, on the other hand, was not making a statement of belief but rather stating the facts: Israel had not yet reached the desired level of infection.

Disagreement is acceptable between these medical professionals behind closed doors, as they have the good of the public in mind and are dealing with a new and confusing virus.

But if the Health Ministry professionals themselves struggle to speak with one voice in interviews conducted so close to a meeting where major decisions will be made about the country’s treatment of the virus, then it feeds the politicization of the pandemic. And it also gives license to politicians to continue with their indecisiveness.

Until now, many of the choices that the coronavirus cabinet has made have appeared rooted in populism and devoid of the best interest of the public.

The coronavirus cabinet is expected to convene Tuesday to vote on a nine-stage exit strategy prepared by the Health Ministry in collaboration with top medical professionals, members of the National Security Council and scientists.

There are health leaders who agree with its outline and those that have different suggestions.

Regardless of the Health Ministry professionals and however good the plan may appear on paper, all indications are that Prime Minister Benjamin Netanyahu and his cabinet will decide based on politics and not on public health.

After all, this is what the cabinet did in May when it opened up everything in contradiction to medical recommendations – and it is what they have been doing for the last several months.

Netanyahu pushed to let hassidim travel to Uman; later it was reported that at least 14 people with coronavirus freely traveled back to Israel from Ukraine.

When Netanyahu was faced with closing red zones to allow other parts of the country to operate, he again sided with the haredim (ultra-Orthodox) for political reasons. Ultimately, that decision led to a rapid spike in infection and the current closure.
There is already a known conflict between the Education and Health ministries – about how schools will need to operate if they open – that has still not been resolved. There is a push by Blue and White to open businesses that don’t have public traffic as well as small businesses, even if the infection rate has not reached the desired level.

And once again, there will be a discussion around the closure of red zones.

Health Ministry professionals have said that the R rate needs to be 0.8 or lower and the number of new daily patients needs to be 2,000 or less out of an average of 30,000 people screened – which works out to less than about 6.7% testing positive.

If the data on Sunday of next week do not support a government decision that allows stage one to commence, it is opening a Pandora’s box and rendering stages two through nine almost irrelevant.

The decision will also be another nail in the coffin of public trust, which is at an all-time low since the start of the pandemic.
A survey published by the Israel Democracy Institute in late September found that trust in Netanyahu’s ability to manage the crisis was at a low 27%.

Only half of Israelis had faith in Gamzu. And less than half of Jews and a third of Arabs were optimistic about Israeli society’s ability to recover from corona.

This is the moment of truth. If the cabinet decides in favor of anything but data, then it will be harder than ever to win the corona war. 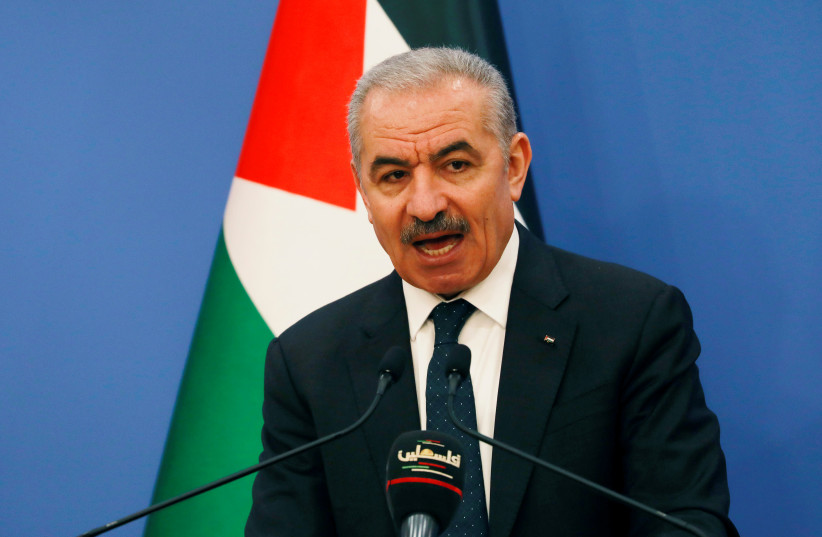