Court: Prayer and Laying on of Hands Protected at Execution

Update (March 25): The state of Texas isn’t wrong to worry that prayer in the execution chamber might be disruptive or even dangerous, the Supreme Court said in an 8 to 1 ruling on Thursday. But before the state can sharply limit a condemned man’s right to have his pastor lay hands on him and commit his soul to God’s care, Texas has to show its restrictions are the least restrictive they could be.

John Henry Ramirez, sentenced to die for the brutal stabbing of a convenience store clerk in 2004, has the right to ask that his Southern Baptist minister touch his foot at the time of death and say a few words out loud, the court decided.

“We agree that prisons have compelling interests in both protecting those attending an execution and preventing them from interfering with it,” Chief Justice John Roberts wrote. “Even so, Texas’s categorical ban on religious touch is not the least restrictive means of furthering such interests.”

In the year 2000, Congress passed the Religious Land Use and Institutionalized Persons Act (RLUIPA), which said the government may place a “substantial burden” on the free exercise of religion, but only if it serves a compelling state interest and the rules aren’t any more burdensome than necessary.

That metric for measuring legitimate restrictions has become important in recent court cases. In Burwell v. Hobby Lobby, in 2014, the Supreme Court said the US government had a good reason for wanting women to have access to birth control, but didn’t show that forcing religious employers to provide insurance that covered all forms of birth control was the best way to provide access.

In 2015, in Holt v. Hobbs, the court said an Arkansas prison had legitimate reasons to value security, but couldn’t ban a Muslim inmate from growing a short beard unless it proved that caused a real security risk. In 2020 and 2021, the court decided in two cases that people being executed should be allowed to have a spiritual advisor in the room.

The majority returned to the RLUIPA standard in Ramirez v. Collier this week.

“By passing RLUIPA, Congress determined that prisoners like Ramirez have a strong interest in avoiding substantial burdens on their religious exercise, even while confined,” Roberts wrote. “Because it is possible to accommodate Ramirez’s sincere religious beliefs without delaying or impeding his execution, we conclude that the balance of equities and the public interest favor his requested relief.”

Justice Brett Kavanaugh said in a concurring opinion that there are problems with the RLUIPA standard. In oral arguments last year, he expressed concern the courts were being asked to micromanage prisons, deciding ever more specific questions about religious practices.

He urged the court not to rely on its own intuitive sense of best prison policy for assessing acceptable risk, but instead look to common practices in the states and in history.

“Although the compelling interest and least restrictive means standards are necessarily imprecise, history and state practice can at least help structure the inquiry and focus the Court’s assessment,” he wrote.

The lone dissent from the ruling came from Justice Clarence Thomas. He argued that Ramirez isn’t really interested in prayer, but is using the legal system to delay execution. It isn’t about religious liberty, Thomas said, but “gamesmanship.”

The other eight justices, including his fellow conservatives, disagreed. They found “ample evidence of the sincerity of Ramirez’s religious beliefs,” and pointed out he wasn’t asking for anything unusual.

“Ramirez seeks to have his pastor lay hands on him and pray over him during the execution,” Roberts wrote. “Both are traditional forms of religious exercise.”

Original report (Nobember 9, 2021): If you give a man in a Texas execution chamber the right to a prayer, is he entitled to two?

Can he ask for candles?

If the United States Supreme Court says a condemned man has the religious right to have his pastor touch his foot while the state injects a lethal dose of chemicals into his veins, then will the court also have to allow a pastor to touch a man’s hand, his head, or even the place where the needle pierces the skin?

The justices quizzed attorney Seth Kretzer about the slippery slope of death penalty prayer on Tuesday morning, as they weighed whether the First Amendment and the Religious Land Use and Institutionalized Persons Act (RLUIPA), passed by Congress in 2000, give 37-year-old John Henry Ramirez the right to have his pastor lay hands on him and pray aloud when the state of Texas puts him to death.

Ramirez committed a brutal murder in 2004. He stabbed a convenience store clerk 29 times and slashed his throat to steal $1.25 in a drug-related robbery. Before a jury sentence him to death, Rarmirez was asked whether there were any mitigating circumstances he wanted them to consider. He submitted Psalm 51:3: “For I acknowledge my transgressions and my sin is ever before me” (KJV).

Today, Ramirez does not argue that he should be spared execution, but he has entrusted his life to Jesus; become a member of the Second Baptist Church of Corpus Christi, Texas; and accepted the spiritual guidance of pastor Dana Moore. He would like Moore to be with him when he dies, touch him, and pray aloud.

The Texas prison allowed this from 1982, when the death penalty was reinstated, until 2019. A former spokeswoman for the Texas Department of Criminal Justice, filing a friend-of-the-court brief on behalf of Ramirez, said that she personally witnessed about 300 executions between 2000 and 2012. In all but a few cases, a chaplain touched the condemned at the time of death.

The state of Texas changed the rules after the Supreme Court ruled in Murphy v. Collier in 2019 that a person is entitled to have a spiritual advisor from the religion of their choice present at time of death, even if the state does not have any official chaplains from that religion.

According to the Texas prison officials, a state chaplain could be trusted to touch a dying person without interfering with the execution. An outside person, even though they have been vetted and have agreed to terms and safety protocols, raises unacceptable security risks.

According to a friend-of-the-court brief filed by several christian organizations, however, including the National Association of Evangelicals, the Ethics and Religious Liberty Commission of the Southern Baptist Convention, and the Anglican Church in North America, it is not clear what those security risks are.

“The State has not provided specific evidence of how audible prayers or touching the condemned prisoner would necessarily create security problems implicating compelling governmental interests,” says the brief written by attorneys Thomas Berg and Kimberlee Wood Colby. “Throughout its filings, the State has asserted concerns about order and security in an array of generalized terms rather than identifying specific problems.”

The attorneys general and solicitors general for nine states argue, on the other hand, that the Supreme Court should not get involved in micromanaging executions, “given the always compelling state interest in safety and security.”

During oral arguments, Justice Brett Kavanaugh said religious accommodation might hinge on the acceptability of risk.

Kretzer answered that there is no statistical evidence of risk, since no spiritual advisor in Texas history or in other states has interrupted an execution or caused something to go wrong during an execution. The state has also already agreed that Ramirez’s pastor can be in the room at the time 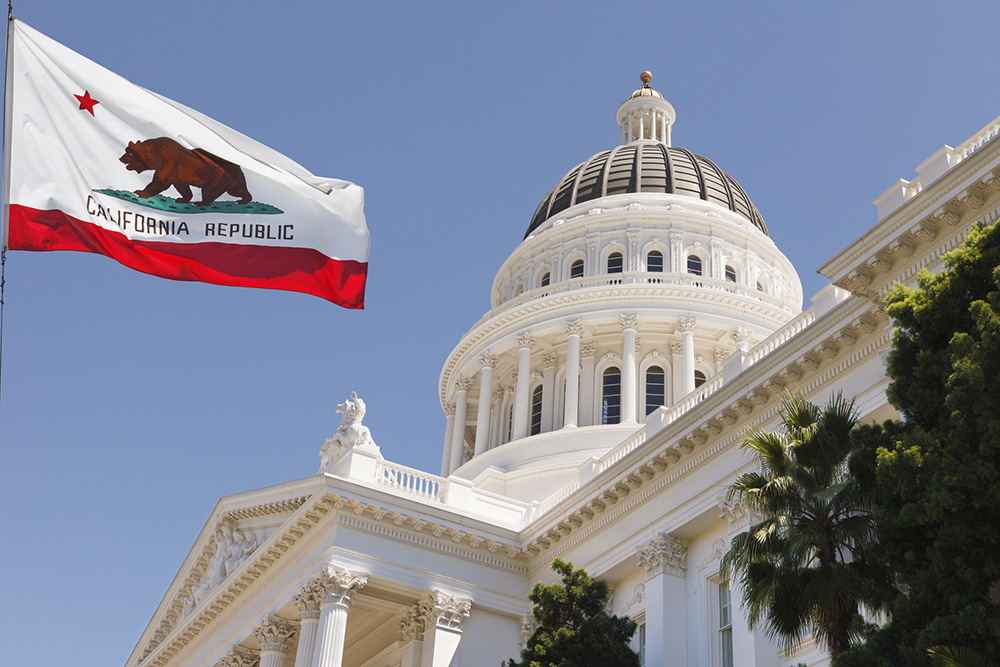 Evangelicals Have Four Proposals for Harmonizing Genesis and Evolution 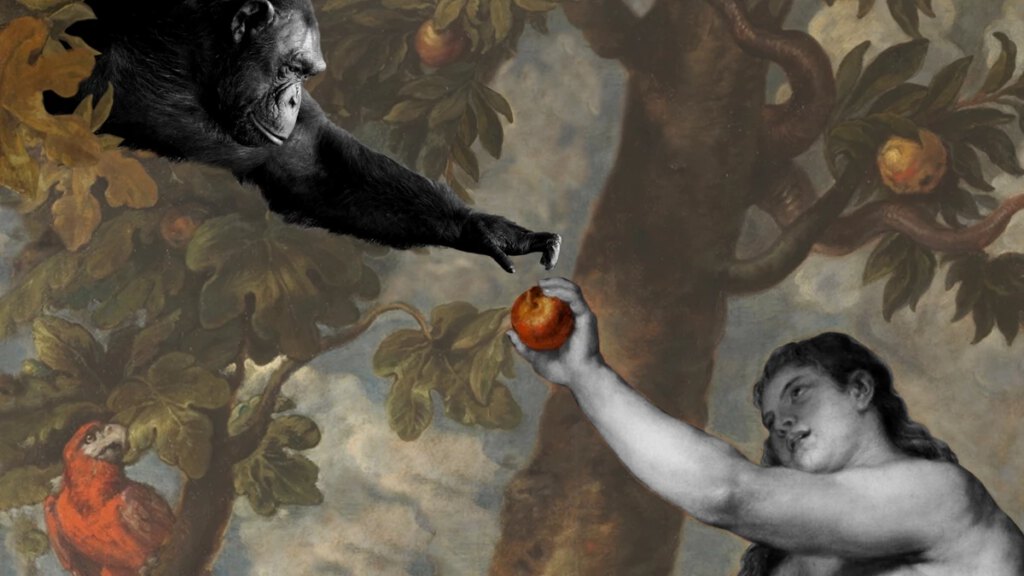