As a young mother in Sudan, Susanna al-Nour struggled like many others with rising prices and shortages of goods. International support pledged after the 2019 revolution was slow to materialize. The government struggled to disburse promised aid. And tribal groups protesting in the east were blocking access to essential imports coming through the Red Sea city of Port Sudan.

And then this October things got worse.

Phone and internet connections were cut, Hamdok was detained, and security forces raided neighborhoods to arrest supporters of his government, roughing up others. Thousands poured into the streets, including Nour’s husband, an evangelist and pastor’s assistant at Faith Baptist Church in the Soba area of the capital, Khartoum.

“With a small child, I couldn’t go because of the tear gas,” she said. “But it was necessary to demonstrate against the regime.” A gathering of Christians in Khartoum

At the time, enraged and without communication, the nation went into a standstill. Nour’s online studies through a seminary in Lebanon became impossible. So did her husband’s student ministry—as most young people were marching to reverse the coup.

Back in 2019, Hamdok quickly became the symbol of the revolution. Chosen by consensus among the political and revolutionary groups that deposed the 30-year Islamist dictatorship of Omar al-Bashir, his leadership was one of the few unifying factors in a rapidly fraying partnership between civilians and the military.

And then he wasn’t.

Amid international condemnation of the October 25 coup and efforts to suppress demonstrations, last month Burhan announced his welcome for Hamdok’s return—without politicians.

His originally technocratic government had added them following the October 2020 Juba Peace Agreement with rebel forces in Darfur and elsewhere. But this was in response to militia leaders then joining the Sovereign Council, disturbing the military-civilian balance.

The additions threw confusion into an agreement to hand over council leadership to a civilian figure by May 2021. Burhan and Hamdok celebrated an end to the conflict that had riddled Sudan for decades. But the military’s conflict with civilians was increasingly spilling out into the open.

The May deadline came and went, with no clarity. An office established after the revolution to remove Bashir-era corruption from government began challenging the resulting military dominance of the economy. Bashir himself became a point of negotiation, to be handed over to the International Criminal Court in The Hague. But other military officials were implicated also, not only for crimes in Darfur but also for the killing of civilians during the 2019 demonstrations.

And thus came the coup. Burhan denied ill intention, saying he acted to protect the democratic transition from the squabbling politicians. Under house arrest, Hamdok was a crucial lynchpin. He was welcome to return—but only with a technocratic government.

After three weeks of pressure, on November 11 he agreed. Too much blood had been shed in protest, he said. The military couldn’t be allowed to take over everything, he hinted. And the economy needed international support, suspended after the coup.

Hamdok’s 14-point agreement with Burhan returned Sudan to constitutional legitimacy, reestablishing a military-civilian partnership. Political detainees were released, and a civilian government was promised after democratic elections in July 2023. Promised steps toward a legislature, judiciary, and constitutional convention would also be expedited.

But by then Burhan had already hand-picked new civilian members of the Sovereign Council, and there was no mention of a midway switch in leadership.

The streets exploded in anger—this time also against Hamdok.

Christians, however, were not so sure. “Most Christians support Hamdok in returning to his position,” said Nour. “But a smaller part rejects him, saying he should not cooperate with a criminal.”

“Christians are in great disagreement with this step,” a Sudanese christian leader told CT, requesting anonymity because of the sensitivity of the situation. “Some in Khartoum support him, but they are very few.”

This leader spoke of Bashir-era evangelicals who cooperated with the government in order to seize control of church properties. And after the coup, Burhan moved to place members of Bashir’s now-dissolved political party into key positions of the administration. Hamdok has since called for a review of all recent dismissals and appointments, but the damage had been done—he aligned with the coup.

“The military is causing all the problems it lists as reasons to intervene,” said this leader. “The state is controlled by security, but it is not offering security to the people.”

In addition to the at least 44 demonstrators killed since Hamdok was deposed, about 100 have been killed in renewed ethnic conflict in Darfur. Dozens more have been killed in the Nuba Mountains. And the tribal blockade in East Sudan, the leader asserted, was coordinated from the beginning by the military.

“The Juba Peace Agreement has not brought peace,” said Aida Weran, academic officer for Nile Theological College, which has campuses in Khartoum and Juba. “But it was a way to delay democratic progress.”

She respects Hamdok for not breaking his oath, as he returns to office with constitutional legitimacy. This is unlike the most prominent christian in the government, Raja Nicola. The sole joint selection in the Sovereign Council, the Coptic Sudanese accepted reappointment under Burhan’s coup.

But it was a mistake to add politicians to the government, Weran said, and their opposition to the coup is driven by partisan interest. They should instead prepare for their own legitimacy through coming elections, as a technocratic government—led by Hamdok—is a good result given all that has come before.

But she is still protesting.

“Entering our third year, we are still at the starting block, with no justice and no real freedom,” Weran said. “And while we demonstrate, people are going hungry. Even this is a delay.”

Not demonstrating at all is Hassan James.

“As Christians, we have the responsibility—as a minority—to be neutral,” said James, the assistant bishop of the Anglican diocese of Kadogli, in the Nuba Mountains state of South Kordofan. “Supporting one side or the other is not wise.”

James believes that stability is paramount. Currently Sudan is in a “fog,” while constant protests amid regional violence are filling many with fear. But democratic transition is impossible without peace, he said, and partnership with the military is necessary.

“What happened has divided us as a people,” he said. “But no one side can afford to isolate the other, and none can lead the country alone.”

Guma Komey reached the same conclusion but from an entirely different path.

“If someone has a gun, how can you take him to the gallows?” said the head of peace programs at Sudan’s branch of the Carter Center in Khartoum. “The country is held hostage by the collective concern of Sudan’s military leaders.”

An elder in the Evangelical Presbyterian Church in Bahri, Khartoum, Komey served as an official advisor to Hamdok before taking his current position. Amnesty was discussed behind the scenes, he said, to be granted after the democratic transition was complete.

But as the military-civilian partnership began to “drastically deteriorate,” rhetoric from certain politicians called to sideline the military and fully investigate their role in the deaths of protesters. Threatened, Burhan decided to fight.

Hamdok did the best he could in a tough situation, said Komey. And while Christians have no unified position toward the prime minister, they cannot put him in the same box as Burhan and Bashir. (Burhan gave the order to overthrow Bashir during the revolution.)

Yet many Sudanese do. Though numerous, these are only the loudest voices on the street, and the ones who control the social media accounts of political and revolutionary movements. But others, like Weran, are protesting also 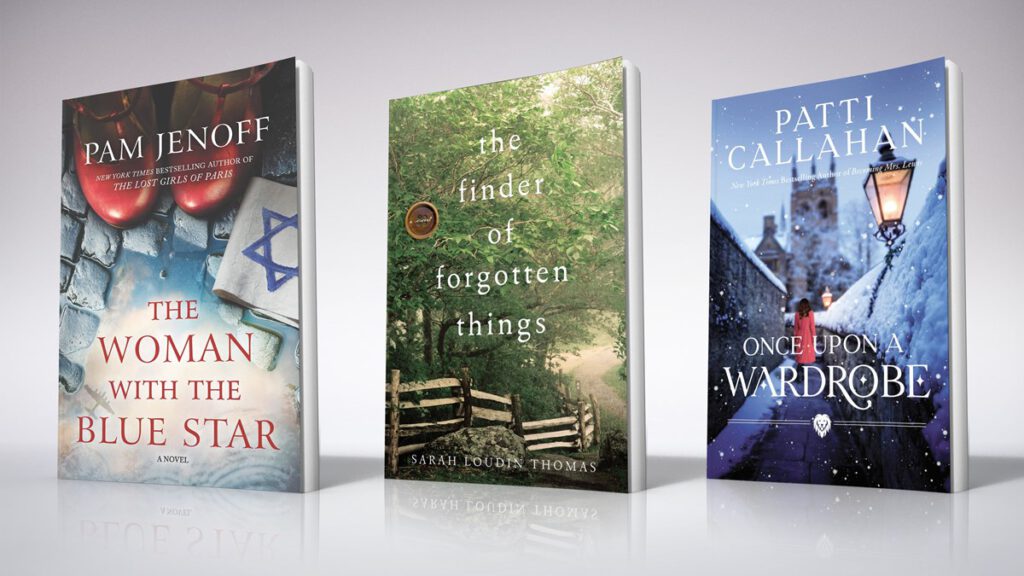 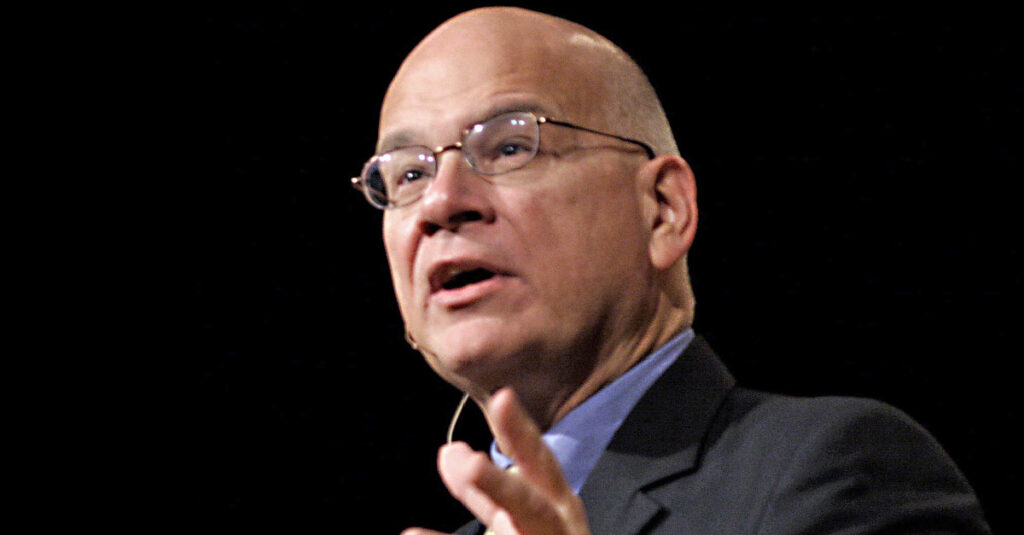