Israel celebrated the vaccination of its four millionth citizen on Tuesday.

Theodore Slazzen was jabbed at a Leumit Health Services clinic in Jerusalem, where he was met by Prime Minister Benjamin Netanyahu and Health Minister Yuli Edelstein.

“We are at an event that has almost become routine, but this is huge,” Edelstein said. “We have reached four million people vaccinated in Israel. Just two months ago, we could not have dared dream it.”

But Netanyahu was focused on those who had not yet been inoculated.

“I want to turn to the 570,000 people over the age of 50 who have not yet been vaccinated,” Netanyahu said shortly after Slazzen received his shot. “Almost 100% of the dead and seriously ill are part of this group.”

There are three reasons to get vaccinated, he said.

The first is the danger of non-immunization, Netanyahu said.

“When you do not go to get vaccinated because of this little sting, which is meaningless – in the worst-case scenario there are side effects of discomfort that last a few hours – you take on the risk of death and the danger of serious illness with lifelong effects,” he said.

The second is that Israel is now opening up its “green passport” program, Netanyahu said.

“Those who get vaccinated will be able to go out and enjoy theater, movies, sports events, flights abroad, restaurants and more,” he said.

Thirdly, by vaccinating, “not only are you saving yourself, but if you are not going to get vaccinated, many will fall seriously ill, and then you will challenge our hospitals and we will have to impose a new closure,” Netanyahu said.

“Save your life and allow us to come back to life,” he said. “Go get vaccinated. Please, do it now and we will get out of the coronavirus – not with a green passport, not with any passport.”

Health Ministry data show that there is a shift taking place, whereby more younger people are being hospitalized, and some are in serious condition.

As of Tuesday night, there were 32 people under the age of 30 were hospitalized with serious cases of COVID-19, the Health Ministry reported. Eleven of them were intubated.

“There is an alarming and significant increase in the number of young, severe patients in the coronavirus wards,” Soroka Medical Center in Beersheba said in a statement.

There were more than 5,153 new cases diagnosed on Monday, the Health Ministry said, and another 2,966 between midnight and press time on Tuesday. Some 7.5% of the people screened on Monday tested positive.

As the numbers decline, the coronavirus cabinet voted Tuesday night to allow more people to gather. Beginning February 19 at 7 a.m., the cabinet ruled, 20 people will be able to congregate in open spaces and 10 people in closed spaces. Currently the limits are 10 and five.

On the other hand, the government approved closing the complex around the tomb of Rabbi Shimon Bar Yochai for Purim, from February 18 at 7 a.m. until February 21 at 7 a.m.

The Health Ministry is considering sharing information about those who have chosen not to get vaccinated as a way to compel them to do so.

The ministry distributed the first draft of the unvaccinated citizens data transfer bill to the public and government ministries for feedback on Tuesday. The memorandum of the bill states that it would allow the Health Ministry to transfer this data specifically to the local authorities and the Education Ministry.

“Getting vaccinated is a moral obligation,” Edelstein said.

In addition to the more than four million Israelis who had their first jab of the vaccine, more than 2.6 million have had their second shot, or 28% of eligible citizens.

Thousands of Israelis still stranded abroad, some now making it back home 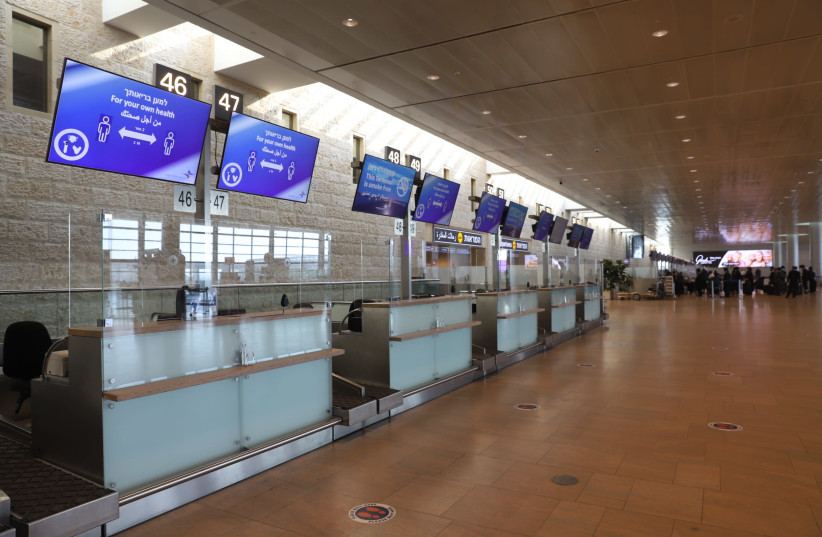