Jerusalemites wearing face masks for fear of coronavirus walk on Jaffa road in the City Center of Jerusalem on July 12, 2020. Israel has seen a spike of new COVID-19 cases, cabinet ministers imposed new restrictions on public gatherings in a bid to stem the rising infection rate of the coronavirus

The Health Ministry has decided to reduce the nine-stage exit strategy originally proposed to only six stages, according to Prof. Ronni Gamzu, the country’s outgoing coronavirus commissioner.

In a briefing he explained that the new plan was presented to Prime Minister Benjamin Netanyahu and will be discussed on Thursday at the cabinet meeting.

“The situation is very complex,” Gamzu said. But he said he has given the government the greenlight to move forward with the next phase of its exit strategy, which is expected to begin on Sunday.

The cabinet agreed earlier this week to resume classes for first through fourth graders on Sunday. They will study in small groups and wear masks. The cabinet also agreed to allow after-school programs to operate with students from up to three classes.

In addition, it approved the re-opening of salons and other one-on-one activities and services (driving lessons or personal training, for example), as well as alternative medicine treatments.

It appears that bed and breakfasts will now be included in this second stage, too. A final decision will be made at the meeting.

According to reports, the next phase of the plan will take off when there are around 500 new cases per day. At that time, retail will resume and synagogues, museums and libraries will open.

A fourth phase would start when 250 new cases are diagnosed per day and would include restaurants, cafes, hotels, gyms, pools and sports classes, as well as the resumption of in-school classes for students in grades five and six.

A fifth phase would allow cultural activities and conferences to resume and bars to reopen. The final phase would be ballrooms and sporting events.

Speaking at a diplomatic event Wednesday afternoon, Netanyahu said, “I demand that our exit plan be staged and responsible.”

He also said that he was regularly consulting with Vice President Mike Pence, Indian Prime Minister Narendra Modi and Russian President Valdmir Putin, as well as European leaders, about the coronavirus and obtaining a vaccine for the citizens of Israel.

There were 844 people diagnosed with the virus on Tuesday, the Health Ministry reported. Gamzu said the average number of new cases is now around 800 and the reproduction rate – R – is less than 0.8.

There were 453 people in serious condition on Thursday morning. The virus has taken 2,483 people.

However, one sector is struggling with increasing infection. The Health Ministry said that the level of morbidity among the Arab sector is high and spiking and the Arab localities are at the top of the list of red and orange cities.

According to numbers presented by the Weizmann Institute of Science, there has been a 19% increase in the number of Arab patients in moderate or serious condition in the last week, as opposed to a 60% decrease among the ultra-Orthodox and a 37% decrease in general.

Gamzu said that there has been a significant decrease in the number of Arabs being tested for coronavirus and called on them to get screened.

“A drastic decrease [in tests] has led to an increase in the rate of positive tests,” he explained. “It means that those who come and get tested in the end are only those who are already sick – the symptomatic.”

He added that starting this coming weekend there will be a program focused solely on reducing infection among Arab society: “We are doing everything to help them,” he said. “The outbreak must be stopped… We may ask for certain restrictions. I am currently in the process of examining what is being done in the education system in these cities.”

Gamzu also said that a decision had been made to shorten isolation time to 10 days for sick patients that had tested negative for the virus twice.

“It has not been final approved but the professional decision has been made,” he said.

In an interview Wednesday morning with KAN News, Dr. Gili Regev-Yochay, director of the Infectious Disease Epidemiology Unit from Sheba Medical Center, said that a third wave is inevitable. However, she said it is possible to ensure the wave is more moderate than the two prior waves.

“They way to ensure this is not complex,” the doctor explained. “Do not gather. Weddings are dangerous at the moment.”

The Bible Passes the Bechdel Test. It Also Goes Beyond It. 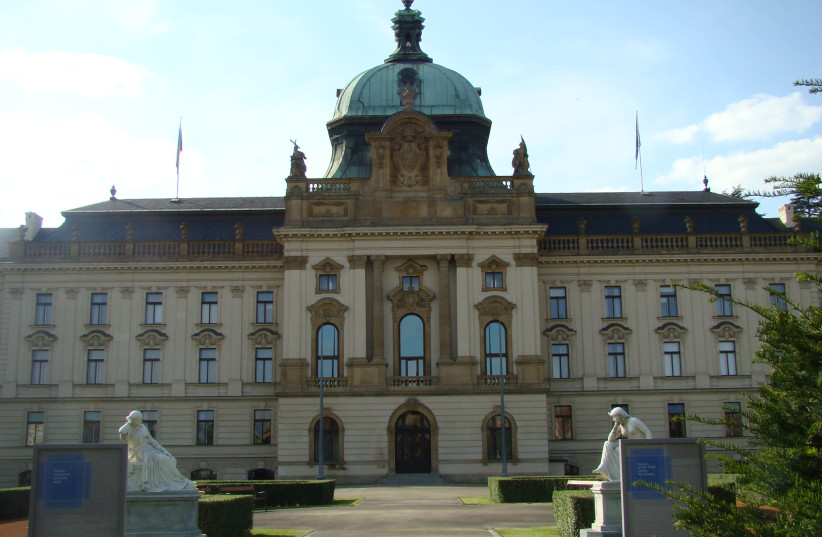