Pilot program for opening malls to kick off this week, as well

After a debate that lasted late into the night, the coronavirus cabinet ruled on Monday night that students in all grades living in green or yellow cities would return to their classrooms within the next few weeks,

“At the end of a lengthy discussion, the cabinet ministers adopted the plan formulated by the Education Ministry together with ateam of experts to open all the schools starting this coming Sunday,” wrote Education Minister Yoav Gallant on his Faceboko page at around 3 a.m. Israel time. “On November 29, high school students will return to the schools and a week later, on December 6, they will be joined by middle school students.”

He added, “Principals and teachers are prepared to open the various educational institutions and, together with the health authorities, we will increase the scope of tests for students and teaching staff, in order to maintain their health. Thank you to the prime minister and cabinet ministers for their support. To you, to our dearest students, all that remains is to pack your schoolbag.”

The plan centers on ensuring that students and teachers will be regularly tested.

Fifth-graders and sixth-grade students across the country are returning to their classrooms on Tuesday for the first time in around eight weeks, the coronavirus cabinet confirmed that its previous decision could be implemented at the meeting as well regardless of the rate of infection.

At the same time, it is likely that girls in the ultra-Orthodox community will also be returning to school soon. Rabbi Chaim Kanievsky, the leading non-hassidic ultra-Orthodox rabbi in Israel, said that all ultra-Orthodox girls’ schools and all grades in them should reopen, despite the ongoing closure of many school grades due to the COVID-19 crisis.

The coronavirus cabinet met late into the night on Monday, debating an outline for potentially opening more classrooms. Health Minister Yuli Edelstein said he supports allowing students in seventh through 12th grade who live in green and yellow cities to return to their classrooms as early as next week, so long as the government agrees that no more commerce could open at the same time.

At press time, no decisions had been made.

Prime Minister Benjamin Netanyahu and Alternate Prime Minister Benny Gantz exchanged blows at the meeting, according to reports. Netanyahu warned that the infection rate would go up, saying that “there is no chance we can make it through the next four months without crashing,” likely alluding to when the country is expected to have access to vaccines readily available against the virus.

Gantz reportedly mocked Netanyahu for raising a proposal about high schools and removing it. Netanyahu responded by accusing Gantz of being uninformed about government decisions.

The infection rate in Israel has been rising moderately, according to reports by the Health Ministry. However, multiple presentations shown to ministers at the cabinet meeting stressed that the rise in coronavirus is not in the majority of schools.

There are currently 1,530 children in preschool through 12th grade who are infected with coronavirus, the Education Ministry reported. Some 906 of them, or 60%, are from the Arab sector. Another 27% are from the general population and 13% are ultra-Orthodox.

The ministry was backed up by a report prepared by Hebrew University of Jerusalem researchers that likewise showed that there has not been a direct connection between the rate of infection and children returning to school.

Similarly, Eran Segal, a computational biologist at the Weizmann Institute of Science, said there was a stable rate of infection among children ages six to 10 who went back to school and a decrease for children between the ages of newborn and six.

“We are convinced that the differential opening of the education system can be done safely,” he said.

Segal’s words were proven accurate by a report presented by the Health Ministry ahead of the meeting showing that there were nine red and 22 orange localities in Israel – the majority of them in the Arab sector.

At the meeting, Education Minister Yoav Gallant said that students who become infected generally catch coronavirus outside of school.

“We see that the morbidity is due to events outside the education system, such as a birthday party in the afternoon and mixed meetings after school,” he said.

Before the meeting, Gallant and Interior Minister Arye Deri joined forces and said that they would push hard for the opening of schools.

“We must not lose an entire generation of children,” Deri said.

Health officials have long argued that children not being in school does not only impact their book learning, but their social and emotional growth.

The Health Ministry reported 749 new COVID-19 cases on Sunday – 2.3% of those screened – and another 536 between midnight and press time on Monday. There were 296 people in serious condition, including 115 who were intubated. The death toll stood at 2,810. The reproduction (R) rate stood at 1.07.

Regarding Kanievsky: Although the cabinet was discussing opening more school, when the rabbi gave his instructions to open schools for girls, they flew in the face of the government’s orders and joined his previous instructions a month ago to open all ultra-Orthodox boys’ schools and grades.

Kanievsky’s daughter Lea Kolodetsky wrote a letter to the principals of schools in the non-hassidic, ultra-Orthodox sector, telling them the rabbi had said that all girls’ schools and grades should reopen as soon as possible.

“The girls are sitting at home and are bored… and the situation of many girls is truly bordering on life threatening,” she asserted.

“My father Rabbi Chaim Kanievsky told me that principals and teachers must do everything to prevent a deterioration of Jewish girls and to open educational frameworks for all girls with appropriate caution,” she continued in reference to COVID-19.

Kolodetsky said that the rabbi instructed all pupils at the girls’ schools to recite several passages of psalms after morning prayers – “and he gave a blessing that whoever does this will not be harmed and will not suffer any damage from this, and will merit to increase the honor of heaven and will have much pleasure from all their offspring.”

At the cabinet meeting, Higher Education Minister Ze’ev Elkin pointed out that the morbidity among ultra-Orthodox students is lowest, even though they have opened most of the educational institutions.

Gallant agreed with this, but said that he “will not praise those who do not follow the guidelines.”

Economy Minister Amir Peretz continued to push for opening malls. He said Monday that the discussion at the cabinet should center not on what to open but how to open it.

“We need to behave differently,” he said in an interview with Reshet Bet ahead of the cabinet meeting. “There are a few good months until the vaccine arrives.”

He claimed that the more stores that open, the more people will not be crowded inside them or in lines waiting to get in.

At the meeting he added that, “for several days now, there have been lengthy discussions between the ministries of Economy, Health, Finance and Justice and the National Security Council on how to carry out the pilot [program in malls]. There is no reason to wait for the hearings to end and then set a date.”

He called on ministers to approve the pilot program immediately, which according to a tweet by Finance Minister Israel Katz is exactly what happened.

“The coronavirus cabinet tonight approved launching the pilot program to open malls,” Katz wrote around 1 a.m.. “The regulations will be approved tomorrow and the next day the pilot will be launched to open 15 malls for seven days in preparation for the opening of all the malls in Israel.”

The program is meant to see if the ability exists to control the number of shoppers entering stores and to epidemiologically track them where there is an outbreak.

The cabinet did approve an increase in bus occupancy from 50% to 75%, at the request of the Transportation Ministry.

Passengers have noticed that the occupancy on many lines is already much higher than 50%, so instead of increasing the frequency of bus service, the cabinet has chosen to permit more passengers per bus. But the Transportation Ministry also noted in a memorandum: “Density in the queue at the entrance to the means of transportation will lead to increased exposure to the virus at the station.”

The regulations will go into effect within a day and will be submitted to the Knesset’s Economics Committee for approval, according to a statement by the Transportation Ministry.

Hannah Brown contributed to this report.

‘Remember the Titans’ school will change name over segregation connection 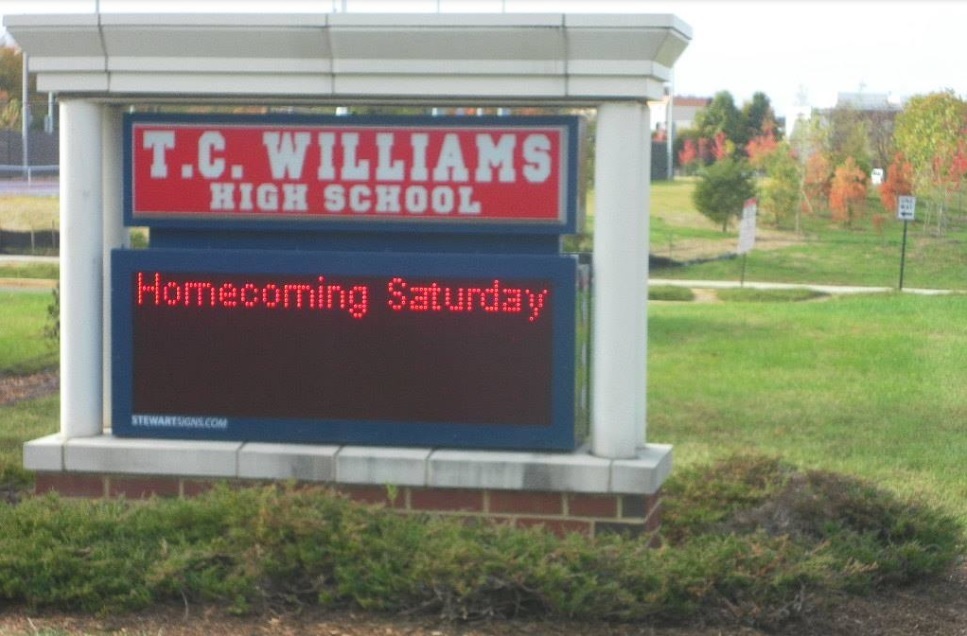