For a year after we married, my husband and I attended an Anglican church. It was the first time I’d encountered liturgy on a weekly basis, learning its rhythms.

Among those rhythms is corporate confession. “Merciful God,” we prayed,

I learned to appreciate this weekly prompt of self-scrutiny, a practice that comes to mind more often as many American Christians, my congregation included, seek to “confess” or “repent” of our “complicity” in the “corporate sin” of racism. Don’t let quotation marks scare you, just notice the language we’re employing. This column is about our lexicon of confession.

Confession of sin, while necessary for Christians, does not come naturally to us. Our sin itself can ward us off.

Confession of sin, while necessary for Christians (1 John 1:8-10), does not come naturally to us. Our sin itself can ward us off—pride never likes to admit a wrong; wrath won’t want to be calmed or regretted—and many christian traditions don’t consistently (if at all) train us in habits of confession to each other (James 5:16). Growing up in nondenominational churches, I was taught to confess my sin in my daily prayer, but there was no accountability. No one really knew whether I’d confessed while praying silently or, if I had, whether it had followed any meaningful examen. Too often it had not.

Confessing together is a more difficult matter still and the occasion of our first pair of definitions:

Corporate confession of sin is speaking together to confess our individual transgressions. The confession in the Anglican liturgy is a good example of this: Though we prayed the same words, my confession was not my neighbor’s.

Confession of corporate sin, by contrast, is usually what’s meant by current efforts to confess racism. Our sin is communal, attached to a body of people whose individual culpability may vary widely. This isn’t Murder on the Orient Express, where we all individually wielded the knife. It more envisions a Zeitgeist or atmosphere of wrongdoing, like how 2 Corinthians 4:4 describes the “god of this age” blinding minds to God’s truth. It asks us to think of ourselves as part of a sinning community—a nation (the United States), culture (the West), or institution (the church)—and confess accordingly.

This may feel uncomfortable, even unjust, if you come to it as I do from an individualist context. Why should I confess national sins, like slavery, for which I’m not personally guilty? Isn’t that its own injustice?

Scripture doesn’t provide an easy answer. There are Old Testament precedents, like Ezra 9 and Daniel 9, where prophets confess for Israel despite their own personal faithfulness. We see this in Catholic practice, where the priest confesses the sins of the parish. In Protestant practice, the “priesthood of all believers” may mean every christian now shares that responsibility to confess our communities’ sins. But does confessing a community’s sin make you personally responsible for it? Among the messianic promises is God’s pledge that under the new, better covenant in Christ, we’ll be responsible only for our own sins: “In those days they shall no longer say: ‘The parents have eaten sour grapes, and the children’s teeth are set on edge’” (Jer. 31:29, NRSV).

Perhaps we can make better sense of confessing corporate sin with a few more definitions. Linguistic choices communicating personal fault make sense if we’re confessing specific racist acts we’ve committed or attitudes we hold, or repenting of indifference to racial injustice. But when we speak of “complicity” in a sense broad enough to include simply being born white in America and innocently growing up with the privileges that accords, we may imply a personal fault that doesn’t exist. (It can also imply the privileges are bad things to be taken away from white people instead of, in many cases, good things that should be extended to everyone.)

In confessing corporate sin, then, we must make clear our meanings:

To confess is to speak truth. We confess crimes, yes, but we also confess faith and creed. We can truthfully say we’re part of a community corporately guilty of racism whether or not we’re individually culpable.

To repentof something, in the biblical sense, is to turn away from or repudiate it. We can reject an evil, like racism, regardless of personal guilt. We also may well be more guilty than we realize, and repenting can soften us to feel God’s prod.

Complicity is etymologically related to “accomplice,” which—in the legal framework that shapes how we hear these words—requires knowing malintent. That connotation makes the word “complicity” a poor choice for confessing corporate sin, because it suggests malice and deliberate harm, which may not be universally fair charges. If we’re making space for repenting our apathy toward racial injustice alongside the sin of its active propagation, we do better than “complicity” with words like “involvement,” “entanglement,” or “infection.”

My aim isn’t to make confession comfortable or to downplay evil. Rather, like the Anglican liturgy I’ve come to love, I’m seeking a confession of corporate racism in which all members of our churches can wholeheartedly participate and be truly transformed, “so that [we] may discern what is the will of God—what is good and acceptable and perfect” (Rom. 12:2b, NRSV).

I’m seeking this because, however we work out our individual responsibility for corporate sin, it is vital that we speak the truth about the evil of racism, that we repudiate it, and that, in Christ and through his Spirit, we get disentangled from its corrupting grasp. “If we confess our sins, he who is faithful and just will forgive us our sins and cleanse us from all unrighteousness” (I John 1:9, NRSV). The language we use should facilitate the examen we need.

Bonnie Kristian is a columnist at Christianity Today, a contributing editor at The Week, a fellow at Defense Priorities, and the author of A Flexible Faith: Rethinking What It Means to Follow Jesus Today (Hachette). 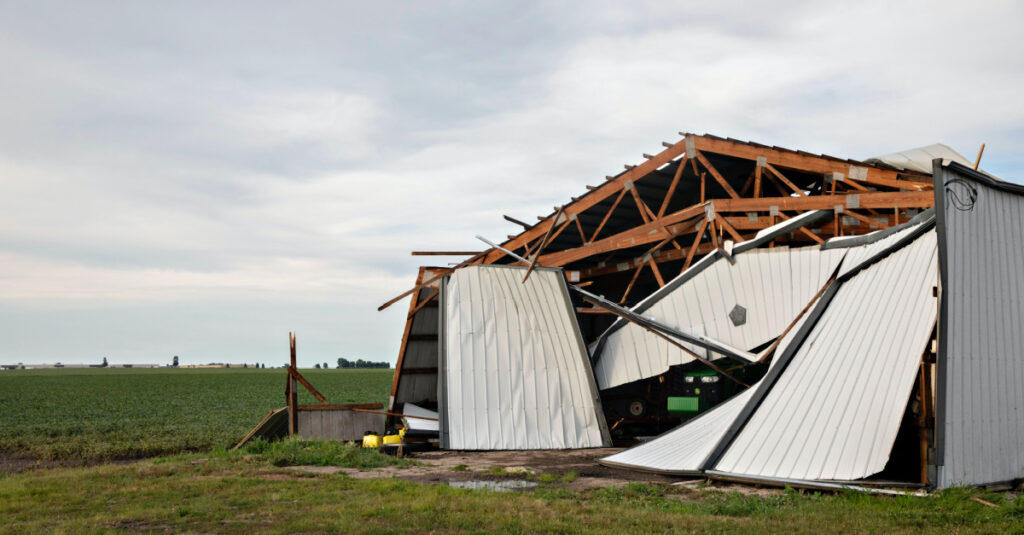