When students at Resurrection christian School in Loveland, Colorado, returned on Wednesday from a four-day Labor Day weekend, school leaders were there at the entrances to welcome them, masked and unmasked, and to keep an eye out for county health officials.

Last week, following a COVID-19 outbreak that infected around 35 of 1,600 students, the health department directed Resurrection christian to adopt a universal mask mandate and social distancing for at least 14 days, but the school—which required masks last school year and lifted the rule over the summer—refused.

The Larimer County Department of Health had scheduled a site visit on the school’s first day back to monitor the response, telling school administrators in a letter that if the measures were not taken, the county would “pursue further action, including possible closure of the school.”

The clash between Resurrection christian and Larimer County is an example of the the broader pushback against COVID-19 protocols by those claiming conscience freedoms or religious freedoms. It also echoes debates among Christians over the responsibility to mask and take other precautions to slow the spread of the virus.

Though Resurrection christian is a private and religious institution, state law allows public health agencies to regulate COVID-19 responses in all schools and order compliance if necessary, the Fort Collins Coloradan reported. The county health department website says it consults with “districts, private, and charter schools” while also “intervening in outbreaks.”

Kori Wilford, county health department spokesperson, told the Coloradan that at Resurrection christian, “if additional measures such as wearing masks, increased distancing and improving ventilation are not effective in stopping an increase in cases, a closure would be the next step to protect public health.”

Health officials, though, did not show up this week at the school, and Resurrection christian has continued operations under its own COVID-19 response, including amping up cleaning and air circulation after the outbreak.

On Wednesday, the energy on campus was exciting. “I had kids getting out of their cars, thanking me for keeping school open,” said Jerry Eshleman, the school’s superintendent.

While the school began the pandemic with remote learning, then required masks and other precautions last year, Eshleman said he’s concerned about the mental health strain on students and was eager to return this year without the mask mandate and social distancing. School began on August 17. Then came the delta variant.

“When you look at our school statistics, I see firsthand how it has traveled through our school. I do believe the hype,” the superintendent said in a 30-minute video shared with the school last week. “I don’t believe the fear, but I do believe that it spreads quickly.”

Most of the families at Resurrection christian—affiliated with nearby Rez.Church, an Association of Related Churches congregation—agree with the administration’s COVID-19 response.

“The response from our parents has been absolutely, overwhelmingly positive,” Eshleman said in an interview with CT. “But among the folks who are not happy about it, they cite examples from the Bible about obeying those in authority over you, the whole Romans 13 thing. While I respect that, I think it’s a misapplication of the context that we’re dealing with here.”

“At what point will the government, will the state so to speak, ask things of you that you’re going to have a problem with?” he said. “To a handful of parents that I’ve responded to who have cited that to say basically, ‘You’re not being a good christian, you’re not loving your neighbor as yourself, you’re not doing Romans 13,’ I say, ‘Ok, then help me understand Shadrach, Meshach, and Abednego. That’s not obeying the authorities over them.’”

Romans 13, the passage from Paul that begins, “Let everyone be subject to the governing authorities,” has been invoked by Christians throughout the pandemic, including by christian colleges establishing COVID-19 policies and by pastors shepherding congregations with conflicting views on reopening.

“I think we as Christians and as Americans need to have these two balancing influences, Romans 13 and Revelation 13, in our minds,” theologian Russell Moore said, in a discussion of religious liberty in the early months of the pandemic. “The government has a legitimate role in order and authority, and we need to be the best citizens that we can be (Romans 13), and it is possible for a government to overstep its bounds and to become a destructive force (Revelations 13).”

As the pandemic has gone on, especially after the drop in cases and then the current spike, some Christians eager for a return to normal have become more concerned about whether the government requirements represent overreach. Others continue to hold to precautions, emphasizing masking and vaccination as a form of protecting and loving their neighbors.

During the health department’s initial visit to the school in late August, administrators argued that the layout of the school, with separate buildings and no interaction between lower-grade and upper-grade students, did not necessitate a schoolwide mask requirement even after an outbreak (defined as five or more students infected) or a pre-outbreak (two to three infected).

But the school has another reason for not enforcing the requirements. Leaders say they prioritize allowing parents to make medical decisions for their children, rather than taking a stance on whether to mask or whether to vaccinate. The school has encouraged compliance but says it does not want to overstep parental decision-making in this case.

“To me, philosophically, when God’s law and man’s laws run parallel to one another, that’s fine … but this is not that. This is the state coming in between me and my child, telling me the medical advice that I have to do for my child,” said Eshleman, citing scriptural teaching that a parent is responsible for their children. “The larger issue in Deuteronomy 6, to me, it’s talking about: Parents, it’s your J-O-B to take care of that child. God gave you that child to raise. Not the school. Definitely not the state.”

Legal counsel for Resurrection christian is currently in preliminary discussions with county attorneys, but it’s too early to say if the school will take legal action.

During the pandemic, churches have been successful in winning exemptions from lockdown mandates on First Amendment grounds, particularly when they argued that neutral or “generally applicable” laws were being used to target religious institutions or that comparable activities by secular entities had been permitted.

“The states that had their policies upheld were applying them consistently,” said Daniel Bennett, political science chair at John Brown University. In a case like Resurrection christian, “I think it would be real easy for the government to say, ‘Look we have a compelling interest in this. It’s being applied to all schools, and it’s a temporary order.’”

Last year, after granting injunctions in New York and California, the US Supreme Court ordered Colorado to reexamine its worship restrictions, and congregations like Rez.Church have been gathering at full capacity and without mask requirements for months.

But there is not the same precedent for religious schools fighting coronavirus precautions, and several have lost in court. In some cases, their legal fights extended beyond the terms of the COVID-19 precautions, rendering their cases moot.

A judge in Michigan ruled in August against a Catholic school in Lansing—also called Resurrection—that challenged a statewide mask mandate, saying masks hide faces made in the image of God. The decision said the state order was neutral and applied to both public and private religious schools, and that the state was “well within its jurisdiction” since masking is “a measure by which we can better protect public health.” Earlier in the summer, an appellate court upheld New York City’s random COVID-19 screenings in private and parochial schools.

In a Wisconsin case where all schools, including private religious schools, were closed for in-person education due to COVID-19, the policy was ruled unconstitutional since it violated students’ fr

She Was Captured by the Taliban in 2001. But God Gave Her a Bigger Story. 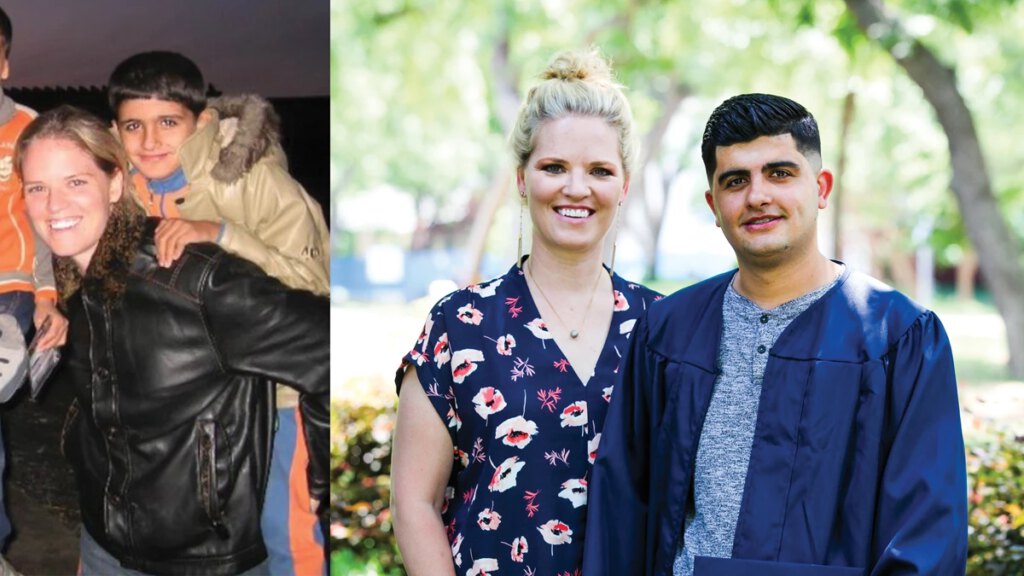 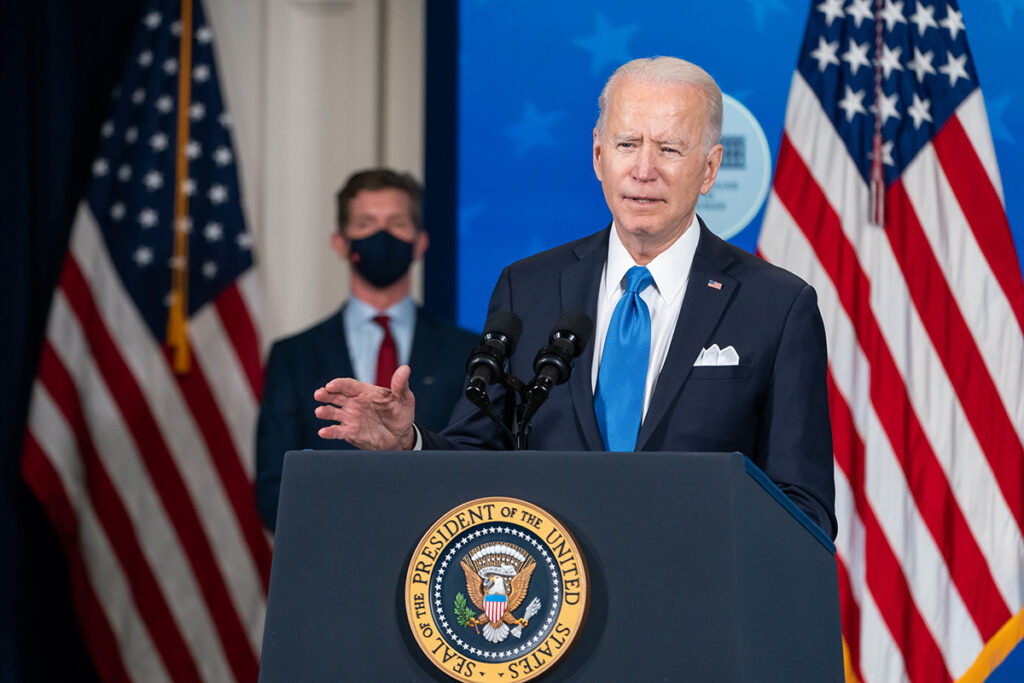