Church Asks for Help Feeding People and Animals in Ethiopia

In one picture, dozens of pale-skinned cattle lie dead or dying in the baking heat. In another, a cow with its bones visible beneath its skin drinks from a green plastic bowl of water supplied by its owner.

“The situation is heartbreaking and painful,” said Yishak Yohanes Dera, president of the South Ethiopia Synod of the Ethiopian Evangelical Church Mekane Yesus (Place of Jesus).

As the senior official of one of Ethiopia’s leading Protestant churches, with more than 10 million members, Dera is appealing for help to prevent starvation in four of country’s low-lying regions. They are in the grip of a devastating drought.

He is talking to aid agencies, faith-based organizations, and government bodies, asking them to “come to Borena and save the lives of our people.”

The church, which is part of the World Lutheran Federation and has associations with the Missouri Synod Lutherans and the Reformed Church in America, has dispatched its humanitarian and development organization to work in the Borena Zone, in the Oromia Region. This is one of the worst-affected areas.

In Borena alone, 420,000 people urgently need food aid, Dera said, while more than 400 schools have no water, and most of the children have left.

“The situation is expected to worsen,” he told CT. “During this lean period, more animals are expected to die. This may push many children, women, and old-aged people into famine and unexpected death.”

World Vision reported last June that across six countries in East Africa, more than seven million people are on the edge of starvation in a crisis caused by climate change, COVID-19, and ongoing military conflicts.

In Oromia and the neighboring Somali Region, UNICEF reported in February that nearly a quarter of a million children are malnourished, and that 6.8 million people across the four affected regions—Oromia; Somali; Afar; and the Southern Nations, Nationalities, and Peoples’ Region—would need humanitarian assistance by mid-March.

UNICEF warned that children were at risk of contracting diarrhea, a major cause of death among children under five, from drinking contaminated water.

“As humans it is so sad to see such a disaster,” said Wondimu Wallelu, an official from the Ethiopian Evangelical Church’s Development and Social Services Commission who is working to deliver aid in Borena. “On the other hand, it is pleasing to have opportunities to reach these communities through aid from our partners.”

The commission has received a grant for 23.5 million birr (about $470,000) from the German protestant church aid agency, Bread for the World, to help feed people in Borena. The money will be used for food for children and breastfeeding women, fodder for livestock, and to rehabilitate wells that have dried up.

But the needs are massive, and hard to fill, for both humans and animals.

More than 240,000 animals have died from starvation across southern Ethiopia in recent months, and more than two million bales of hay are needed to keep the survivors alive.

The church’s humanitarian organization and the 16 other aid agencies operating in Borena are currently only able to supply about 154,000, according to Wallelu.

Oromia, which is the home province of Prime Minister Abiy Ahmed, is familiar with natural calamities, including outbreaks of locusts, invasive thorn scrub that takes over pastures, and drought. But lately, the frequency and intensity of the droughts has been increasing, Wallelu explained.

“Back in the 19th and 20th centuries, droughts occurred once in every eight years, and the impact was relatively insignificant,” he said. “Very recently, drought has been occurring every two years.”

This is not unexpected. The US Agency of International Development analyzed trends in Ethiopia a decade ago and found that “substantial warming across the entire country has exacerbated the dryness.” If trends continued, the US government said, “warming will intensify the impacts of droughts.”

Borena’s Christians are praying and encouraging one another and sharing what they have. Districts that still have grazing available invite neighbors to bring their livestock, Ethiopian Evangelical Church leaders said.

In the Killenso Parish, for instance, a Turkuma congregation is hosting 10 families and their 300 cattle from a neighboring district.

In Yavelo town, congregants collected 120,000 birr ($2,341) during a single Sunday service to help with relief efforts.

These are the small fragments of hope in a desperate and much wider regional climate crisis that is also gripping parts of neighboring Somalia and Kenya.

In mid-February, the UN Food and Agriculture Organization’s director for emergencies and resilience, Rein Paulsen, said the lower-than-expected rains from October to December had placed the entire Horn of Africa on “the brink of catastrophe.”

Forecasts for the next rainy season, from March to May, are not hopeful. If there is another drought, that will be region’s worst dry spell in 40 years, according to the UN’s Office for the Coordination of Humanitarian Affairs and “one of the wor 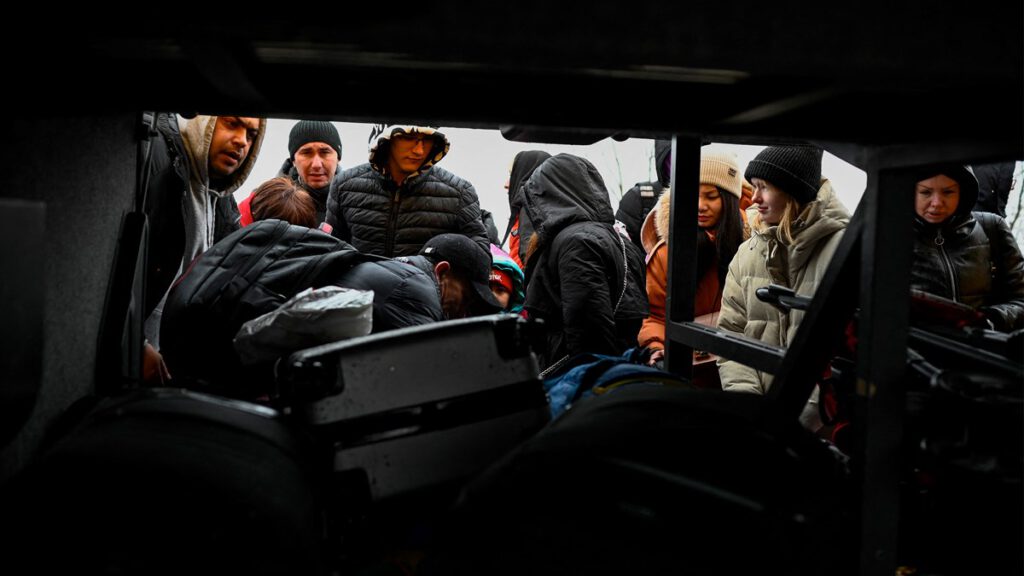