Christians rally against California abortion legislation: ‘Never seen a bill like this’

A bill that critics argue could decriminalize infanticide in California drew hundreds of people to the state’s capitol Tuesday as the legislation continues to move forward in Sacramento.

Demonstrators — including Pastor Jack Hibbs and other pastors and churchgoers — descended on the state capitol to lobby legislators ahead of a committee vote on Assembly Bill 2223.

The day of advocacy was led by Capitol Resource Institute, California Family Council and Real Impact.

According to Hibbs, the pastor of Calvary Chapel Chino Hills and head of the advocacy group Real Impact, close to 3,000 people attended. However, news reports have estimated around 1,500 participants.

Opponents say the new bill would protect mothers and their accomplices who kill or let die breathing newborns from criminal prosecution. But supporters of the bill, which passed the Assembly Health Committee on an 11-3 vote Tuesday, say it would prevent women from being prosecuted for any “actions or omissions” related to pregnancy, “including miscarriage, stillbirth, or abortion, or perinatal death.” Proponents have also pushed back on claims that the bill would decriminalize infanticide.

While definitions of “perinatal death” vary, many refer to the demise of newborns up to seven days old. But under California code, the perinatal period is defined as “the period from the establishment of pregnancy to one month following delivery.”

Amid critics’ concern with the bill’s inclusion of “perinatal death,” Assemblywoman Buffy Wicks, who authored AB 2223, recently modified the bill’s language to narrow the definition of perinatal death to include “due to a pregnancy-related cause.”

AB 2223 also states: “People also need to end pregnancies by abortion, including self-managed abortion, which means ending one’s own pregnancy outside of the medical system.” The bill cites what it describes as “out-of-date provisions” that allow healthcare providers and others to report pregnancy losses to law enforcement.

The bill describes mothers as “pregnant people” and says the threat of facing civil or criminal penalties for adverse pregnancy outcomes is the “result of systemic racial inequities.”

In an interview with The christian Post, Hibbs called the proposed legislation “literally unbelievable.”

“How can this possibly be justified by anyone’s worldview, no matter what?” Hibbs asked. “By what means, by what logic have you come to this conclusion that a baby can be murdered up to 30 days after birth, and there’ll be no accountability. It’s literally unbelievable.”

According to the California Family Council, the bill “also removes the duty of a coroner to determine how a newborn died if the death is known or suspected to be the result of a self-induced or criminal abortion.”

“If a coroner decides to investigate a newborn’s death under these circumstances, the reason for the newborn’s death can’t be used to prosecute anyone involved with the death,” the Calfornia Family Council warned in a statement. “This law would leave babies born alive after a failed abortion vulnerable to murder or death by neglect.”

“The bill also gives a mother the right to sue any law enforcement agency for investigating or threatening to investigate her ‘pregnancy outcome’ including the perinatal death of her child,” the statement adds. “So if someone finds a dead newborn in a dumpster, law enforcement is expected to ask no questions or look further into the matter if they suspect the child died after a failed abortion or from any “pregnancy-related cause.”

The legislation comes as two California women were charged with “fetal murder” for causing the stillbirths of their fetuses, one of which is serving an 11-year prison sentence after drug use was found to have contributed to the death of her baby.

Earlier this year, California Attorney General Rob Bonta advised district attorneys, police chiefs and sheriffs across the state Thursday not to prosecute pregnant women whose actions lead to the miscarriage or stillbirth of a fetus.

Hibbs told CP that based on what he’s heard from legal counsel, “the United States has never seen a bill like this in its history.”

Hibbs cited the words of Ben Franklin, who, when asked what kind of government he had helped shape, famously responded, “A republic, if you can keep it.”

“We have not been busy about keeping our republic, which is why we have sunken to the level that we have in crime, in lawlessness, in racism,” Hibbs said. “All these things, notice, have surfaced as America departs from God.

Hibbs called on every concerned voter to make an effort to “vote for a biblical worldview, and then you need to make sure that the person you voted for hears from you from time to time.”

In an editorial for The christian Post earlier this week, Hibbs referred to California as the “Gangrene State” and urged believers to become more involved. He quoted the words of Jesus in Matthew 5:13: “You are the salt of the earth. But if the salt loses its saltiness, how can it be made salty again? It is no longer good for anything, except to be thrown out and trampled underfoot.”

“It just simply means that if you know what’s right as a believer, let alone a human, then you should do the right thing. But if you know what’s right and don’t do the right thing, now you are complicit to the problem,” he said. “That’s what people need to do. People need to take their country back. Frankly, as a pastor, I can say this, pastors need to take their pulpit back from the ‘woke-ism’ that has softened the church.”

Hibbs argues that the Church “has almost lost its voice in the nation.”

“However, in California, the voice of the Church is very strong, and yeah, so to speak, it’s bloody,” he said.

And as for believers in the rest of the country who may think such legislation won’t pop up in other states, Hibbs had a dire prediction.

“Ten years ago I was the only guy standing up here, and I was mocked and ridiculed,” he said. “Today, we had 2,700 people show up and 35 pastors up and down the state show up. California’s the place to come and fight for what’s right because if we don’t stop it in California, … what happens here winds up in your state within three years.”

Bennett to CNN: Zelensky asked me to speak with Putin on Ukraine war 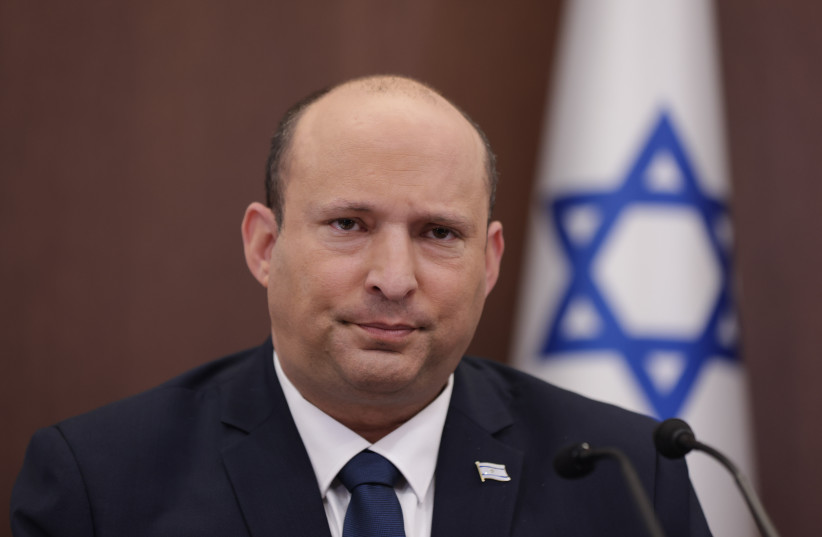