After the terrorist attacks of September 11, 2001, the world reeled in shock and disbelief. I did too—not only at the events themselves but also at the response I saw within my church.

Raised a fourth-generation christian Scientist, I grew up on the St. Louis campus of Principia School, the world’s only pre-K-to-college school for christian Scientists. Before 9/11, I lived within a christian Science cocoon, enjoying what seemed like an idyllic childhood. In many ways, I acted like a christian, reading my Bible every day, praying the Lord’s Prayer, and attending church twice a week.

Then everything exploded. Literally. The day after 9/11, hoping for comfort, I sought out the Wednesday night testimony meeting at my christian Science church. But much of what I heard left me feeling profoundly uneasy. Some congregants boldly declared that a tragedy like this never could have occurred in God’s perfect world. Others lauded the New Yorkers who had prayed and stayed home that morning, subtly implying that the victims were to blame. How, I wondered, could they be so cavalier about the suffering we had witnessed?

Little did I know that this terrible day would launch me on a journey to saving faith in Jesus Christ.

Not to be confused with Scientology, christian Science was founded by Mary Baker Eddy in the late 1800s. Its core teaching is influenced by gnostic, pantheistic, and metaphysical beliefs that portray sin, sickness, and death as illusions. Eddy taught that salvation comes through demonstrating the “Principle” of Christ rather than putting faith in Christ himself.

In her book Science and Health with Key to the Scriptures, which she called “divinely-authorized,” Eddy aspired to “reinstate primitive Christianity and its lost element of healing.” christian Scientists read this book alongside the Bible, and it provides the lens through which they understand Scripture. Her teaching is considered inerrant, even when it contradicts the Bible.

A year before 9/11, I transferred from Principia College to Webster University, my first foray into the secular world. I joined a Bible study where participants worshiped Jesus and prayed for one another. This was deeply offensive. I had been taught that Jesus was merely a “way-shower,” a good teacher to follow. I considered myself a “graduate-school christian” with a special knowledge, a “scientific” way of praying that allowed me to heal like Jesus.

I tried articulating christian Science teachings. Instead of crying out to God for help, I explained, we pray to align our minds with the already harmonious spiritual reality of God. We experience illness only to the extent we believe we’re ill, and if we rely on physicians and medicine, we are giving in to the “mortal mind” and failing to “know the Truth.” All this left my friends puzzled and aghast.

After 9/11, I could no longer deny the reality of evil. In my heart I left christian Science, but I didn’t tell anyone, since my life, family, and heritage were entangled in this world. I felt incredible betrayal, not knowing what to believe or do. With no one in whom to confide, I sank into misery and loneliness.

Eventually, I veered away from christian Science practice and started seeing doctors. While it was amazing to find medical relief after years of headaches and menstrual cramps, I was plagued by guilt and shame.

Then, by God’s providence, I overheard a coffee-shop conversation on faith. Something in my heart stirred. One of the men in that discussion invited me to his church and gave me a copy of Francis Schaeffer’s book The God Who Is There. Schaeffer spoke to my existential angst with his assertion that the spiritual and physical world originated with a Creator God. I didn’t totally understand this, but it filled me with deep hope and a desire to learn more.

I remember sitting at a café on a glorious spring day, sipping Americanos with some atheist friends and realizing something was missing in their reasoning. As someone with artistic inclinations, I struggled to ascertain where love and beauty fit in their pragmatic, evolutionary framework. Ultimately, these friends believed that matter was an end in itself, a worldview as hollow as the faith I had just departed. In that moment, I knew I believed in God.

The next Sunday, I visited Grace and Peace Fellowship in St. Louis, where I came face to face with the living God. People there worshiped heartily rather than sitting passively in pews. In my christian Science church, sin was never mentioned, but here it was freely confessed. These believers read Scripture like a real story rather than a set of standalone philosophical truths. They shared painful parts of their lives, and others came beside them to pray. I wept as I heard, for the first time, of God’s deep, sacrificial love for me. I was convicted of my sin and selfishness.

In the following months, I met with pastor Aaron Turner, hoping both to process my anger at christian Science and to ask questions about biblical Christianity. When he told me I was a sinner, I actually thanked him. After a lifetime of denying and repressing my very humanity, I was relieved to finally admit my brokenness.

Then I met Jesus. In christian Science, I knew him only as an exemplar, as someone who showed people how to work out their own salvation. I had been taught that he wasn’t divine and that he couldn’t suffer on our behalf. But Pastor Aaron introduced me to the Jesus of Scripture, who came to earth, took on flesh, and died and rose again to redeem his people and restore all creation.

When I accepted this Jesus as Lord and Savior, God turned my world upside down. Right away, I jumped into the life of the church. In some ways this was disorienting—like being plopped in front of an all-you-can-eat buffet. Everything was new. christian Science used plenty of familiar christian language, but always with its own twist. For example, it redefined the Trinity as “Life, Truth, and Love.” Heaven and hell became states of consciousness 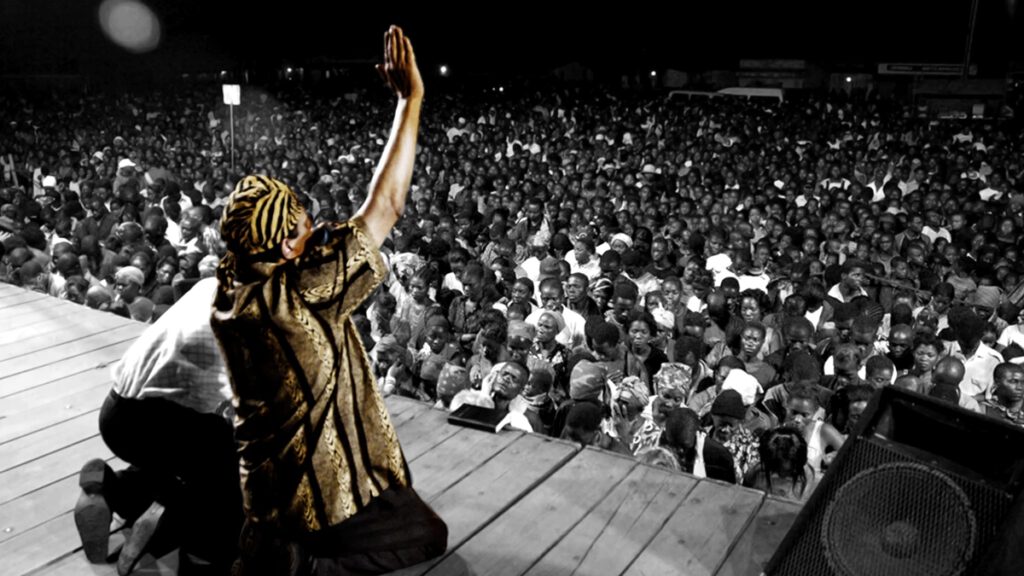