Written by The Ministry of Jesus Christ on February 13, 2022

A High Court in the U.K. is scheduled to hear the case of a christian doctor who has been banned from providing life-saving treatment for unborn babies. The doctor is asking the court to revoke the order by the medical regulator.

On Thursday, the Royal Courts of Justice will hear the case of Dr. Dermot Kearney, a former president of the Catholic Medical Association (U.K.) who works for Britain’s National Health Service, said the christian Legal Centre, which is supporting the doctor.

Abortion pill reversal involves administering the natural hormone progesterone to a pregnant woman who wants to urgently reverse the effects of the first abortion pill, mifepristone.

The abortion provider claimed in the complaint that Dr. Kearney prescribed a treatment that has “no evidence base” behind it, imposing his anti-abortion beliefs on patients.

However, Sue Turner, director of Physicians for Life, told The christian Post in an earlier interview that if a pregnant woman who has taken the first of two abortion pills decides she’s made a mistake and wants to keep her baby, she would have a relatively high chance of delivering a healthy baby if she was to undergo the reversal.

Turner cited a U.S. study showing a 64% to 68% success rate of delivering a healthy baby after a woman has been given the natural hormone progesterone that’s essential to maintaining a healthy pregnancy. CP previously reported on that study and its results here and here.

MSI Reproductive Choices U.K. used the testimony of a woman, a mother in her 40s who was not identified by the Daily Mail, who had sought help from Kearney after she started a “pills by post” abortion, but then changed her mind. However, progesterone failed to work and she suffered a miscarriage the day after taking the abortion pill.

The woman now says she felt MSI had “twisted” her experience with Kearney to suit its complaint, and felt “pressured” to criticize him.

“I felt scared and pressured by him (MSI’s medical director Dr. Jonathan Lord) at a time I was vulnerable and ill. I feel that Marie Stopes are to blame for what has happened to me and I do not wish to be used by them in some sort of complaint against Dr. Dermot,” she was quoted as saying.

“We have seen many women immediately regret taking the first abortion pill,” the christian Legal Centre’s Chief Executive, Andrea Williams, said. “Dr. Kearney offers the possibility of saving the pregnancy when this happens. He should have the freedom to do it.”

Williams added, “Abortion providers are putting women on a conveyer belt which means once they start the abortion process, they have to go through with it and are pressured to do so or left with no alternatives. Women should be properly informed, as a matter of course, that the baby’s death is not inevitable after the first pill is taken.”

In Thursday’s hearing, Dr. Kearney’s lawyers will argue that the general dispute about the safety and ethics of abortion pill reversal is outside the  General Medical Council’s remit and that the evidence against their client fails to demonstrate a real risk of impairment of fitness to practice.

The christian Legal Centre says the number of women seeking abortion pill reversal has increased after the pandemic as the government has controversially allowed abortion via telemedicine.

“This means that women who are under 10 weeks pregnant can currently request, receive and take these pills without any human contact other than a short telephone call, often with someone who is not medically qualified,” the group says.

Last November, the BBC reported that the health watchdog NICE had issued a new guidance saying women who experience bleeding in early pregnancy and have had at least one miscarriage should be treated with the hormone progesterone.

“At least 32 women who received APR treatment from Dr. Kearney have given birth to healthy babies,” the christian Legal Centre added. “There has been a 55% success rate (live births following the administration of the medication) following the treatment which is more than double the survival rate of 20%-25% following expectant management alone (without Progesterone administration) as found in a previously published study.”

Is a homegrown vaccine production plant on Israel’s horizon? – Analysis 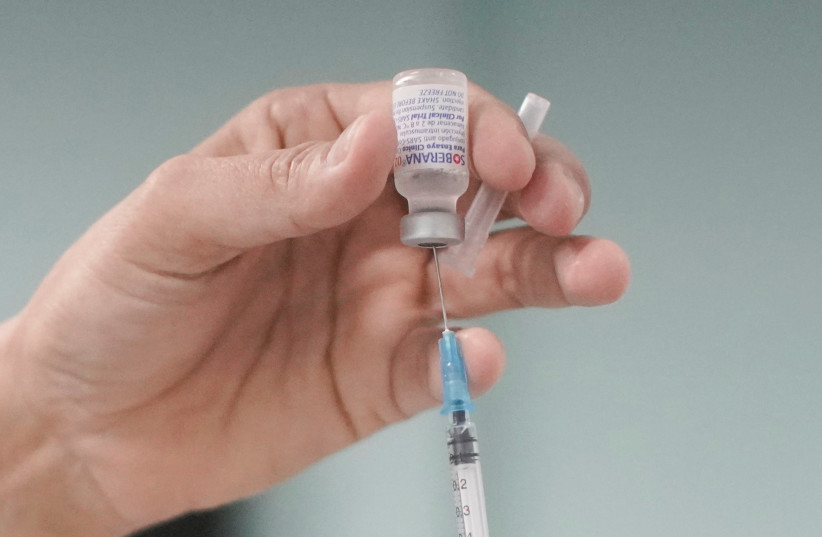