Christian Colleges Are in Crisis. Here’s What That Means for the Church.

Whether you describe it as a decadent society or a decaying culture or a democracy dying in darkness, 2020 has given us a taste for what Cormac McCarthy once described as “the frailty of everything revealed at last.” We have been frail for a very long time, but what we could deny before has been made glaringly manifest through a pandemic, racial injustice, social unrest, mass unemployment, and a highly contentious presidential election that earnest folks on both sides have described in existential terms. The foundations of our society are not quite destroyed, but they are cracking, and those cracks raise the psalmist’s question, “What can the righteous do?” (Ps. 11:3).

Part of the answer, I believe, is to support and rely upon christian colleges and universities to serve as institutional anchors—spaces of transformation and education, discipleship and scholarship, cultural edification, and exhortation.

The default evangelical response to cultural decay has been to redouble our culture war efforts: elect people who will better pursue our agenda, boycott and denounce attacks on our values, and so on. And while I would be the last to dismiss the importance of christian political participation and cultural criticism, I do worry that these focuses can distract us from the more basic work that needs to be done. We need to shore up the ruins.

When many evangelicals lack a robust idea of sex, marriage, and the human body as God designed them, it does little good for us to criticize the normalization of alternative lifestyles. When evangelical consumers and evangelical entrepreneurs are driven by the same basic belief in autonomous individualism as their secular counterparts, we can’t be surprised when sacrificing for our neighbors feels like an infringement upon our rights. When white evangelicals have little grasp of history or the trauma of generations of institutionalized racism, we should not expect racial reconciliation to occur. When evangelicals have abandoned the possibility of truth and the common good for identity politics, it is not surprising that the world does not take our moral authority seriously.

To shore up the ruins is not to retreat from society into private enclaves but to recognize that our house is not in order. Our walls will not stand. We need catechesis and discipleship, not quick culture war and political victories, or we risk letting the entire house crumble while we stand in the front yard waving memes at our digital neighbors.

The work of shoring up the ruins must be primarily done in local churches and within families and communities. However, christian colleges and universities are uniquely positioned to be a major institutional framework for the catechizing and discipleship. They can and do equip and assist local churches, families, and communities in their work.

This is why I am particularly troubled by the significant challenges facing christian higher education. At precisely the time the church in America needs cultural institutions that preserve what is good, transform lives, and prophetically challenge secular ways of being in the world, our schools are experiencing declining enrollment and layoffs. Sixty-five percent of our schools have seen a decline in enrollment between 2014-2018 and in the last decade, 944 faculty and staff positions have been eliminated. We are under pressure to reduce our education to efficiently targeted career training and certification rather than the cultivation of wisdom (a goal with a much harder to measure return on investment).

I do not believe that christian higher education can save us. It can’t. But having spent 13 years teaching, the majority of which took place within christian universities, I have personally witnessed the tremendous power of these institutions to transform the lives of students, to produce scholarly and popular work that builds up the church, and to be spaces of cultural renewal and preservation. Our schools, properly funded and supported, can be beacons of light for the church during a time of crisis. Or they too can crumble into highly efficient, baptized career and bureaucracy training centers.

If the phrase our schools rubs you the wrong way, I’d like to suggest that we have hit upon one of our problems. Evangelicals struggle to create and sustain lasting, influential cultural institutions because we too often think in terms of individual good rather than corporate or common good.

When christian colleges and universities are well supported, they can afford to give scholars time to mentor students and produce works that edify the church. And those scholars need the support of schools because even when they manage to write a popular book, it rarely pays enough to make up for the time it took to research and write the book.

Our schools, properly funded and supported, can be beacons of light for the church during a time of crisis.

Or we could rely on thought leaders and influencers to produce research, make ethical judgments on biotechnology, develop political theologies, and perform cultural analysis. But when we rely almost exclusively on online personalities for our cultural and theological wisdom, we should expect to have our ears tickled. One of the significant advantages of the academic environment is accountability. My colleagues at my institution and across christian higher education hold me accountable for my ideas and my research. If I begin to produce research that panders to my audience’s biases, I expect my colleagues to challenge me.

Of course, we could just demand that our pastors offer commentary, advice, and analysis on every aspect of culture. But to do this is unfair to our pastors. It places an unreasonable burden upon them and distracts from their calling to a local congregation.

We should want christian colleges and universities to be successful so that they can do critical work assisting local churches and communities in strengthening our foundations and providing lasting, meaningful relief from some of the crises that plague our time.

For example, as our society struggles mightily to maintain the basic level of public discourse necessary for a democracy, christian schools can provide room for robust and charitable debate over ideas that matter, as I have previously argued at CT.

Our schools can also do vital work researching and telling the history of racism in America and in our own churches. Whatever your views are on racial division in 2020, the fact is we cannot heal—we cannot even repent—until we understand what our nation, our denominations, our churches have done. That work must be done fearlessly, unmolested by the political correctness of the Left or the Right and motivated by the same spirit of unity that brings us together at the Lord’s Table.

And as technological advances continue to complicate, invade, and restructure our lives and habits, we need institutions of christian higher learning that can cultivate more humane habits in students and produce cultural criticism that equips the church for discernment. I don’t think we are remotely ready for the ethical and spiritual challenges our current technology has created, let alone the technology just around the corner.

Perhaps closest to my own heart, christian liberal arts schools like my own Oklahoma Baptist University resist many of the worst pressures of the contemporary age through careful, charitable, humble study of great works of literature, art, music, history, science. By learning to attend to and delight in what is beautiful, good, and true, we deny the primacy of novelty. We reject what C. S. Lewis called the “chronological snobbery” that sees everything new as superior to the old. We grow respect for the wisdom of those who have come before us. And we are rightfully humbled.

I’m not going to say that every christian college and university is doing this kind of work. They aren’t. And even the ones that are can do better. But they can’t do anything without support. And this year, while billions of dollars will be spent on an election, with a non-trivial amount coming from evangelicals, some christian schools may close.

So, even if a christian college isn’t your alma mater, it is your school; they are our schools. At their best, they serve the church. And the sooner we can accept our shared responsibility, the sooner we can do the necessary work of shoring up the ruins.

The crises that face us cannot be overcome by politicians (although they can be made much worse by them) or by culture-war skirmishes. They can be addressed only by grounding ourselves in the truth. That work will be done primarily in the local church, but our christian colleges and universities have a 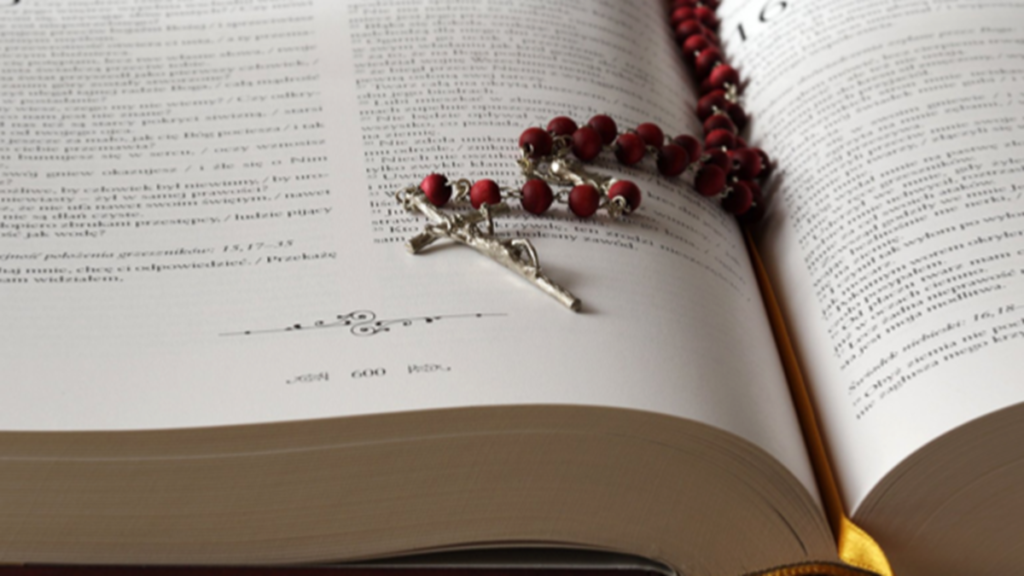 In This Fraught Racial Moment, We Need a Refresher on Human Depravity