The cover reads: “Should we decriminalize antisemitism?” featuring a Muslim character holding a knife and smoking joints from a Jewish menorah.

A man poses with the new issue of French satirical weekly Charlie Hebdo at a cafe in Nice.

French satirical magazine Charlie Hebdo reacted on Wednesday to the recent decision by the French Court of Cassation to absolve the 2017 murderer of Sarah Halimi of criminal responsibility because he took cannabis before he killed her, and made it a cover that says it all: “Should we decriminalize antisemitism?”

The cover reads: “Should we decriminalize antisemitism?” featuring a Muslim character holding a knife and smoking marijuana joints that he is lighting from a Jewish Menorah.

On April 14, France’s highest court determined that Kobili Traore, a 31-year-old Muslim man, was not criminally liable for his actions on April 7, 2017, when he violently beat Halimi, his 65-year-old Jewish neighbor, while screaming “Allahu akhbar” (God is great) and then threw her out of her third-floor window to her death.

On Sunday, thousands of protesters joined a demonstration in central Paris to protest the Court decision and give Sarah Halimi justice.

The main demonstration was held at Paris’s Place Du Trocadero, while hundreds of protesters demonstrated at the same time in other cities across France as well as in Tel Aviv, London, Rome, New York, Miami, Los Angeles.

The magazine was the first target of the 2015 attacks in Paris by terrorists who wanted to avenge the publication of cartoons depicting the Prophet Mohammad in the magazine. During the attack, 12 people from the publication were killed. 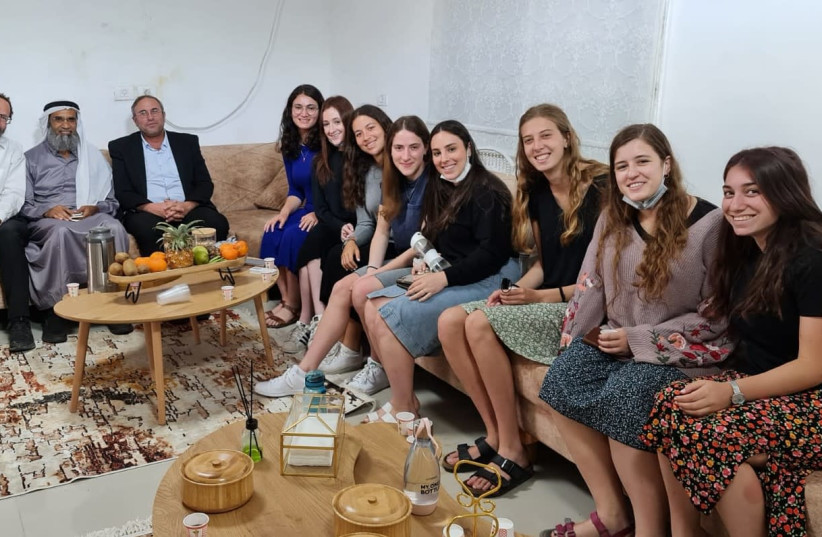