Charlie Dates Returns to the Chicago Church that Shaped Him

Written by The Ministry of Jesus Christ on July 6, 2022

After the retirement of its founder James Meeks, fellow South Side pastor Charlie Dates will become senior pastor of one of Chicago’s biggest megachurches, Salem Baptist Church, returning to the ministry that shaped him as a kid and succeeding one of his greatest mentors in the faith.

Meeks has led the African American congregation, now at nearly 10,000 members, since its founding in 1985. He announced in June that he will give his last sermon on January 8, 2023.

Speaking with CT, Dates drew parallels to Paul and Timothy, referencing Paul’s instructions to the younger leader based on what he had witnessed firsthand in ministry.

“This isn’t something that I read or something that I watched; this is a ministry that I participated in and had a front row seat to as a kid,” said Dates, who grew up at Salem and attended its former school, Salem christian Academy.

In addition, the 41-year-old also served under Meeks as primary preaching assistant, pastor of adult ministries, and director of church operations at Salem Baptist before becoming senior pastor at Progressive Baptist Church in 2011.

“There’s something about the formation of my mind and my theological heart that is directly shaped by and impacted by watching all of that, and working in all of that, as I came of age,” he said. “It’s kind of like a kid learning a language; when you’re immersed in the language, no one has to tell you what words mean and what signals mean.”

To start, Dates will keep his current post as senior pastor at Progressive Baptist Church, a 15-minute drive from the House of Hope arena where Salem Baptist meets. The two churches will remain separate, and he plans on preaching two sermons each Sunday.

CT interviewed him about the history of the two congregations and his call to lead Salem Baptist.

What specifically attracted you about this role at Salem Baptist?

Part of what I’m learning and discerning about God’s direction for one’s life is to pay close attention to the bend of one’s spiritual biography. How has God moved and worked in one’s life? So for me, what attracted me was God. It seems to me that God has been up to this, directing this well before I could tell.

Could you describe your relationship with Meeks? How has he influenced you?

I think part of this is connected to what attracted me to Salem Baptist. It is the work of that church, but it’s also Reverend Meeks, the pastor of that church. We have—I think—a very Paul and Timothy kind of relationship. I want to be clear though, I’m not saying I’m the only Timothy he has, in the same way that Paul had others. Neither am I saying that he’s the only significant influence in my life. But I do sense and feel that a lot of the progress that I’ve been able to make in the pastorate is connected in some way to his tutelage, his leadership, and his spiritual fathering, so to speak.

My relationship with him is dynamic. It’s humorous, it’s rewarding, and it’s worth more than the price of gold or platinum. What I benefit from is far greater than just a tip from him here or there; it’s more of a model of a life lived.

What lessons or advice has he already passed along about leading Salem Baptist?

That Salem is a loving church ready to work. When I came to Progressive, it took me a while to actually get my feet under me because of some of the history and nature of the church, and it required a lot of patience and long-suffering initially. I think the distinction is that I can serve Salem well by loving her through the preaching ministry and pastoral care, and she will follow. She’s ready to work. That’s not always the case when you assume a pastorate.

How do Salem Baptist and Progressive Baptist compare, and what makes you a fit for both congregations at this moment?

I would rather not compare them, only because I wouldn’t want to say the wrong thing and have someone read it and judge my intent. What I will say is that Progressive and Salem demonstrate the spectrum of Black churches in Chicago. On one hand, Progressive is what I would call progressively traditional, and Salem is traditionally progressive.

Progressive is a church of five generations. Progressive was once, decades ago, the kind of leading force of churches on the South Side. Around the country, people run into me and tell me, “Oh I got baptized at that church,” or “Oh, I remember Sunday school at that church.” Its legend and its lore is huge. But—and this is no secret—for years it stayed in the vein of its history. It took a while for it to reimagine and revitalize and become relevant again. But the bones are good.

Salem has not lost its relevance, Salem has not lost its edge, while maintaining a very high view of Scripture and its very Christo-centric approach to ministry. Its evangelism, its benevolence, its disciple-making have all been very Christo-centric and rooted in the Scriptures. It’s been anchored in the community. Progressive got insulated at one point. It’s no longer that way—we are very much in the community now—but that’s the way it was.

How do you use that significance, and history of these two churches in the city, to drive the future?

Every church that lives in the past is already anchoring itself in the graveyard of history. I think history, much like the end of Romans, is meant to teach us what God can do. To correct us from repeating errors and to inspire and to encourage us to pursue God’s great promise. If I can help these churches recognize God’s hand in their past as a kind of indication of God, of what God wants to do in the future, then I think I can hand it off to the next generation in good fashion.

If, however, I fail to get the churches to see that our history serves our present and inspires our future, then I’m in trouble. On one hand, the legacy has to continue. We’ve got to be able to have our 12 stones from our “Chicago Jordan River,” with a keen eye on the hills and mountains of Jericho and the other cities in Canaan.

What challenges do you anticipate with the dynamic of pastoring two congregations? And how have you begun planning to deal with those challenges?

I don’t know if I’d recommend this to anybody. I need to say that this is not an ambition of mine. Neither is it a premeditated desire of mine. As I prayed through it, Reverend Meeks and I wrestled with it, and he graciously affirmed my sense of discernment. As I prayed about it, I got no inkling that it was time, just yet, to walk away from Progressive. It’s important to highlight that this is not conventional. And I recognize that.

What I do sense is that there’s still work to be done and vision to accomplish at Progressive at the same time that I begin my assignment at Salem. The first challenge is getting the churches to sense that where God gives a vision, there’s always provision. That somehow God grants the capacity and that God grants the resources and support. But it would be foolish to assume it’s humanly possible to do this in and of myself. I plan to lead through leaders.

My approach at Salem will be similar once I have learned again the way of the land. There’s just no way you can pastor a church that big being involved in all of the details, right? The other thing is, in terms of preaching, I plan on preaching two services on Sunday morning: one at Progressive and one at Salem.

Are there things at Progressive you will have to step away from? How will your role there look different?

Two things. No. 1 is my itinerant ministry will take a reduction, and I will be present locally a lot more, which I’m looking forward to. Another thing is I don’t think this dual assignment is in perpetuity. We’ve already started the conversation that, at some point, the goal is to raise up leaders to do more work. I’m working to discern God’s direction as it relates to timing of when to conclude. Progressive has asked me, when the time comes, to help them to find their next pastor. With teary eyes, I just told them I hope that they accept my recommendation when that time comes.

You talked a bit about both churches’ significance to Chicago. How are you hoping to continue to cultivate that with both congregations?

Let me first begin by saying Chicago needs the best and brightest of Black [KS8] churches, or Chicago needs, however, the Black church to be her best and brightest self. It’s more than just Progressive and Salem. Chicago has rich Black churches throughout the South and West sides, in particular. I think these churches, with the history, the power, and relevance they have, can help shape a pipeline and platform for developing young people, young leaders, teachers, preachers, music ministry leaders, and nonprofit developers that Chicago needs these churches to develop across platforms. These churches are a gift.

You know, at one point, Progressive had the strongest and largest christian discipleship ministry in the city. And the same for Salem, which might still have it. These have been disciple-making churches with an emphasis on christian education. Both of them have produced some stalwart christian leaders and teachers. That h

Pastors in Pain, Christ Can Redeem Your Suffering 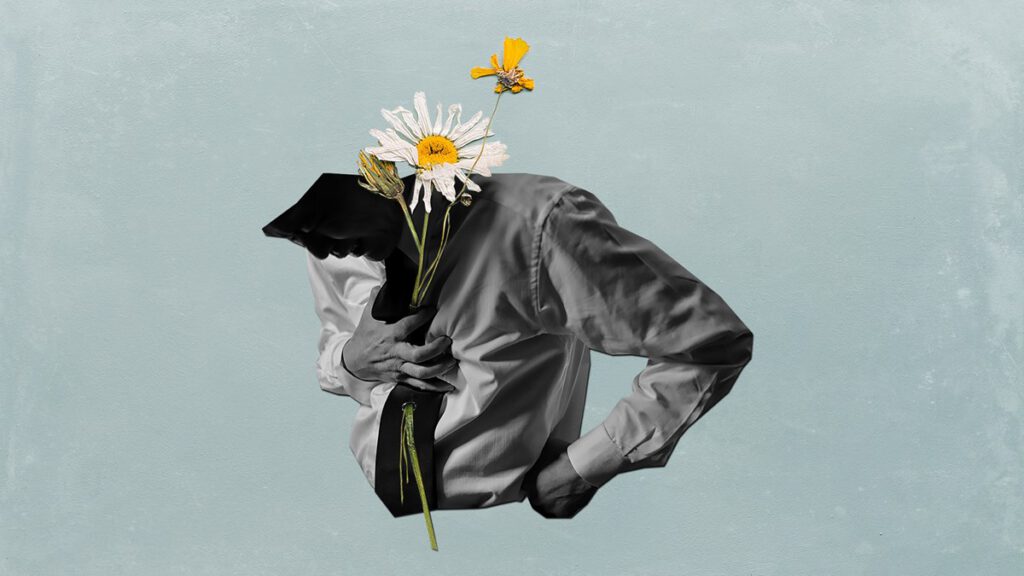