Can Lebanon’s Baptists and Maronites Cooperate Amid Crisis?

The value of Lebanon’s largest denomination of lira is now worth $4. It used to be able to purchase a ticket to a Broadway show. Today, amid a currency crisis that has pushed poverty rates to 82 percent, it can buy a gallon of milk.

The minimum wage—pummeled by the world’s third-worst inflation rate—is now barely $20 a month. And the worst suffering is in the nation’s north, where 6 in 10 children are regularly skipping meals.

“We came to express our deep concern for the suffering of Christians, and everyone,” said Elijah Brown, the US-based general secretary for the Baptist World Alliance (BWA), who visited mid-January.

“You are in our prayers.”

His words were directed to Bechara Boutros al-Rai, patriarch of the Maronite Church, an Eastern Rite Catholic community. Expressing solidarity with the 81-year-old cardinal and leader of Lebanon’s largest christian denomination was a priority to the local Baptist convention, and Brown came with an invitation.

The BWA will call America’s 40 Baptist colleges to a conference in the US focused on supporting Lebanese education. Cohost with us, Brown asked, in partnership with US Catholic universities.

“It is a way to strengthen one another,” he said, “sending a message of unity and nonsectarianism.”

Lebanon is divided roughly in thirds: Sunni Muslim, Shiite Muslim, and christian. Evangelicals represent about 1 percent of the 6 million population, far behind Maronites, Greek Orthodox, and other sects.

And it is similar for Lebanon’s children. Over 700,000 of 1.2 million students attend the christian-dominated private school system—including 20,000 within 35 evangelical schools. But the economic situation has pulled 3 in 10 students out of school altogether, and 13 percent of families sent their children to work.

“We want to help develop the Baptist mission in Lebanon,” said Bechara Khoury, president of NDU. “Struggling with a very crucial situation, bridges with others will give us the oxygen we need.”

Fully accredited by the New England Commission of Higher Education, in 2020 NDU began a partnership with the Baptist SKILD program for students with special needs. It is an “added value” for the inclusive university, said Khoury, as 46 students receive support in their college studies.

The BWA provided $35,000 last year to SKILD, Beirut Baptist School, and other aid programs to support struggling Lebanese and Syrian refugees. While Brown promised to continue to raise the issues of Lebanon among Baptist donors worldwide, he assured the patriarch with a message of advocacy.

He will press US lawmakers to support a bipartisan resolution on Lebanon to support good governance, protect peaceful protesters, and ensure continued protection for all minority sects.

“I see it differently,” said al-Rai. “We live in peace as people, but the problem is with the politicians.”

The “deliberate depression” is orchestrated by Lebanon’s leaders, stated the World Bank. As advised by local Baptists, Brown did not meet any government officials. (This week, the Vatican’s envoy chose to engage with them.)

The patriarch asked instead for the BWA to support his long-standing call to convene an international conference to support Lebanese neutrality. Iranian interference, he said, has jeopardized the investigation into the Beirut explosion in August 2020, and froze the government entirely for three months—as the currency collapsed further.

“We love our brothers in Hezbollah as Shiite citizens,” al-Rai said. “But they are very well armed, and you cannot negotiate with someone who has a gun.”

At stake, said Nabil Costa, head of the Baptist-run Lebanese Society for Educational and Social Development (LSESD), is the continued christian presence.

“Not that they will harm us,” he said, “but that we will leave.”

Emigration has tempted all Lebanese, and Baptists are doing all they can to stem the tide. But their institutions are under threat. International support used to provide about 15 percent of LSESD revenues, he said. With the depreciating lira, it is now 70 percent. About $2,000 per month is distributed in the form of food vouchers through network churches.

“Everything we did with Syrians, we do it now with Lebanese,” said Michel Sawan, a Lebanese missionary in the north, planting a church through a community support center. “Our hands are always open to help anyone, but now there is a storm.”

Five Baptist churches in northern Lebanon came together in 2013 to form the Bread of Life Society to serve the Syrian poor. Providing food, medicine, and education for 55 students and an additional 30 refugee families, each congregation contributed a minimum of $50 per month to supplement international aid.

No longer. Today, each of the approximately 100 Baptist families is on the voucher list.

But not only them. About 25 percent of LSESD aid supports neighboring christian and Muslim communities. Other donors keep the refugee programs going—but not all. The Baptist church in Kafr Habou, eight miles east of Tripoli, had to shut down its ministry to Syrian Kurds when it could no longer afford to pay the Muslim-background pastor his regular weekly wage.

Other denominations are struggling also.

“We are doing development and charity work because we have to,” said Cindy Hakme, of the 25-member Maronite-led Missionary Group of Akkar, serving Lebanon’s northernmost province. “Usually we focus on spirituality, helping people become more active in their parish.”

Last year, they appealed to the United Nations and won funding for an agricultural training project. But there has been no followup sponsorship, so they are raising money on their own.

The Presbyterian church in Minyara continues to run its 65-student refugee school out of three converted garages. But they had to shut down their local medical clinic until they can find additional support.

A Carmelite-run school in nearby Kobayat, meanwhile, has only received enough tuition to pay its teachers through April.

“After that, I don’t know what will happen,” said Hayef Fakhry, the presiding monk. “But we have God to provide.”

His providence may come through France. On Wednesday, Lebanon’s former colonial patron announced it would double its outlay for christian schools in the Middle East.

Within God’s provision, however, evangelicals must often deftly maneuver. Hadi Ghantous, the Presbyterian minister, distributed aid through Muslim contacts when the Syrian sheikh insisted no credit go to the church. And when the Orthodox bishop denounced “evangelicals” in criticism of proselytizing Baptists, he visited to set the record straight.

“I am not with you, against them; nor with them, against you,” Ghantous protested. “But stop using us as your negative example, or you will be the one dividing Christians.”

Evangelicals often face accusations of “sheep stealing” from Lebanon’s traditional churches. Ghantous’s Presbyterians are more deliberate in preserving ecumenical relations, but 25 Akkar residents have officially joined his church, including three former Muslims. Many others have been drawn into regular fellowship over the course of his steady ministry.

“We focus on sowing and watering, never on harvesting—it will skew and ruin results,” he said. “It is not about changing denomination, but being in a relationship with God.”

Lebanese Baptists believe the same, even as they share the gospel more purposefully. Saved since 1989, the Orthodox-background Sawan only changed his official sectarian designation last year, in order to get married. But as they rebaptize believers—unlike the Presbyterians—their witness causes greater offense.

Sawan, from the Orthodox-majority hamlet of Kafr Habou, is planting his church in the neighboring Maronite village of Ardeh. In 2011, he relocated his ministry from Sunni-majority Tripoli due to threats from ISIS, seeking to serve Syrian refugees under the protection of a christian locale. But the Maronite church squeezed three different landlords to reject him, he said, despite original verbal agreements.

The fourth landlord stemmed from a seed planted 30 years earlier.

A drunk driver killed a Baptist mechanic working on the side of the road. His wife, a member in the Kafr Habou church, treated him with mercy. A generation later his son, a prominent businessman in Ardeh, resisted Maronite pressure and granted the lease.

“Like Muslims, Maronites want to control their community and protect their traditions,” Sawan said. “But now they cannot, because we are helping many.”

Various Baptist donors enable him to distribute an additional 300 quarterly vouchers: 100 to Muslims, 60 to church families, and the rest to local Maronite and Orthodox neighbors. He would love to open a school.

In the dead of winter, Sawan’s team of six huddles around a portable gas furnace in prayer and worship each morning. About 20 join in the weekly service. The center is in the process of refitting an old warehouse, and Lebanon is only able to supply a few hours of electricity each day.

In changing location, Sawan is stepping out from the protection of his former patron.

He appreciates the BWA initiative, and will say “Hallelujah” if the patriarch accepts the invite. Yet not all local interactions are negative. In 1970, the Kafr Habou church received the blessing of a Maronite priest following long discussions with the pastor, when the village’s Orthodox cleric called him in for assistance.

“We should extend our hands to evangelicals in social service,” said Kalim Tawny, father superior of St. George School in the neighboring Maronite village of Ashashe. “If your goal is to serve Jesus, I am with you.”

St. George draws a student body of 1,700; 60 percent are Christians, including 10 evangelical youth. A member of the Baptist church is part of the teaching staff. And the Gideons were permitted to distribute a Bible to every school family. Educating students in active citizenship, Tawny seeks to prepare them to solve any future sectarian crisis.

Fortunately, local businessmen have made up some of the tuition shortfall, sponsoring the now-only $100 needed to cover a single student. Honoring its christian mission, St. George has been one of the few schools not to raise fees. Prior to the crisis, yearly tuition equaled $1,700.

Any church is welcome to establish itself in a mixed area, Tawny said. But not in a village where everyone is Maronite. It is needless, where Jesus is already being preached.

“I am a christian like you,” he said. “Let us not criticize each other’s traditions, but unite to serve our communities.”

Especially earlier in their mission history, evangelical Lebanese preached against popular conceptions about Mary and the saints, said Tony Frangieh, a lay Maronite preacher and revivalist from Zgharta, the local Catholic stronghold. Teaching directly from the Bible to address this deficiency in the church, he leads a community of about 5,000 people called “Day of Pentecost.” Emphasizing the need to be “born again,” he also presents a weekly program on the evangelical satellite TV station SAT-7, as well as a local Lebanese channel.

Frangieh turned down an offer from a Pentecostal church in the US to open a church in his city so that he could better reach those within the Maronite tradition. Popular with the youth, his local Catholic leadership has warned them against him.

But to evangelicals, he suggests his insider approach will draw more people to Jesus than their efforts at church planting and local ministry. Whether or not they try to cooperate with the Maronite clergy, they will be rejected.

He doubts the BWA initiative will work.

“They are friendly with the Baptists, but under the table say, ‘Beware, don’t build friendships,’” Frangieh said. “The leaders have two faces.”

But it takes more than conviction to say so. Frangieh comes from a prominent political family in Zgharta, affording him protection. Much like the bu 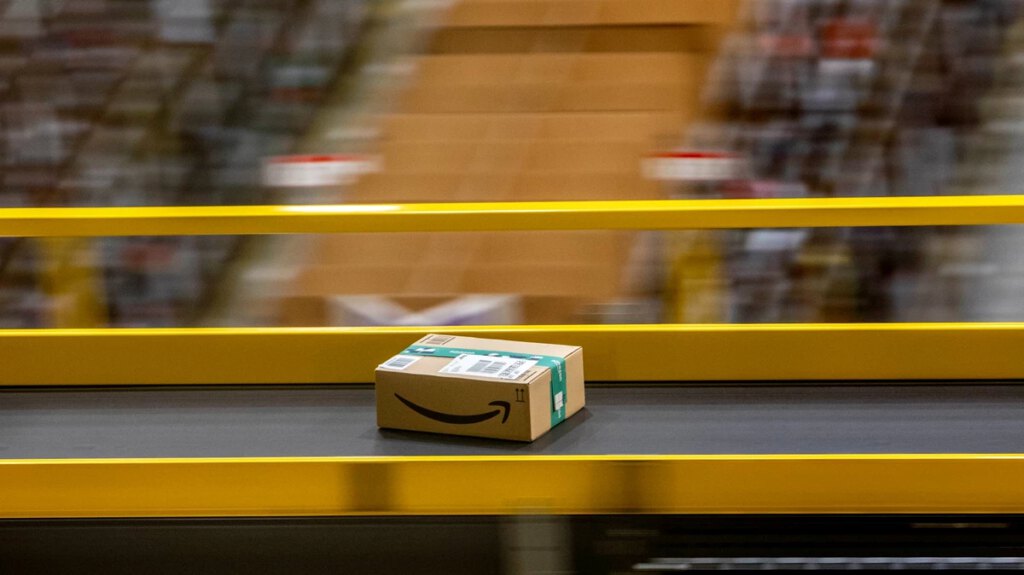 Georgia Church Catches Fire during a Worship Service, Burns to the Ground 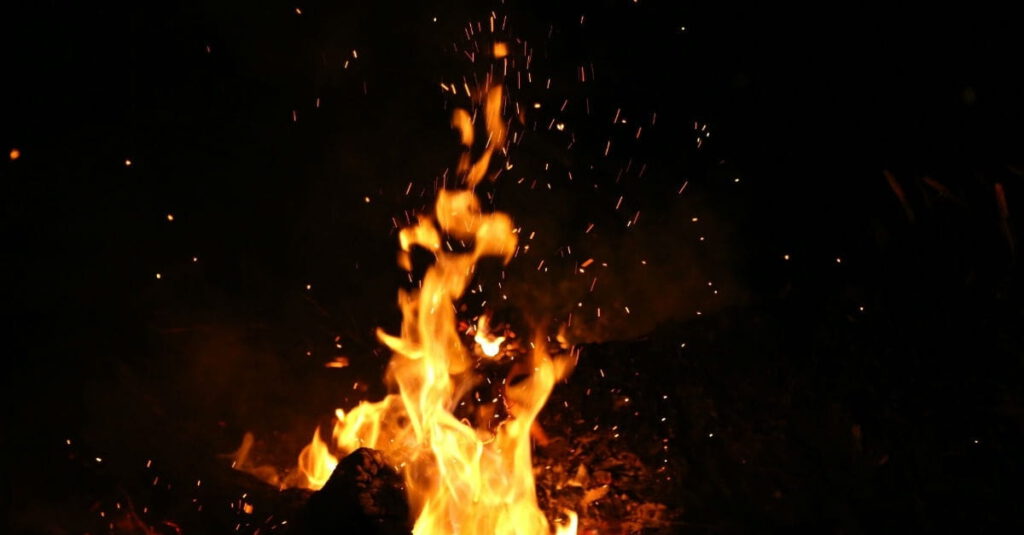