Written by The Ministry of Jesus Christ on August 23, 2021


A church in California that has a history of defying pandemic lockdown orders is offering religious exemption letters for people opposed to being vaccinated against COVID-19.

KCRA News reports that after Sunday services last week, there were long lines of people waiting to pick up exemption letters from Destiny christian Church in Rocklin, led by Pastor Greg Fairrington. Some say they traveled over two hours to get a letter.

Fairrington told the outlet that he doesn’t believe vaccine requirements are “right.”

“America is a free country. We have freedom of religion, and if a person has a moral objection to taking the vaccine, we want to come alongside of them,” he said in a video interview.

Destiny christian Church, which averages 10,000 people online and in-person for its worship services, recently sent a statement to the Los Angeles Times explaining the importance of the exemption letters.

Fairrington said the church has gotten “thousands of phone calls from doctors, nurses, educators, and first responders, in tears, fearing that their livelihoods hang in the balance because of their religious convictions.”

“The vaccine poses a morally compromising situation for many people of faith,” stated Fairrington. “The religious exemptions we are issuing speak to that, honor that, and affirm that.”

Earlier this month, Fairrington and his wife, Kathy, led their congregation in a prayer for those who work in healthcare, education or other fields threatened with losing their job because they refuse to get the COVID-19 vaccine on moral grounds.

Michelle Mello, a professor of law and medicine at Stanford University, told the Times that she believes the exemption letters are “irrelevant” since most workplaces and the courts already recognize “bona fide” and “sincere” religious exemptions.

“You have to do one of two things to protect other people from the risk that you pose to them,” Mello told The Los Angeles Times, getting vaccinated or getting tested regularly.

“That’s not a mandate. A mandate is when you withhold an important benefit because a person declines to receive vaccination.”

As the COVID vaccine becomes more widely available, many schools and businesses have required workers and others to get vaccinated or, if exempted for medical or religious reasons, to submit to wearing face masks in public and getting tested regularly.

While Destiny Church has offered to provide religious exemption letters, other christian bodies like the Roman Catholic Archdiocese of New York have refused to allow their clergy to give such exemptions.

In a memorandum dated July 30, Chancellor John P. Cahill informed all clergy and staff that there is “no basis for a priest to issue a religious exemption to the vaccine.”

“Pope Francis has made it very clear that it is morally acceptable to take any of the vaccines and said we have the moral responsibility to get vaccinated,” wrote Cahill.

“By doing so [a priest] is acting in contradiction to the directives of the Pope and is participating in an act that could have serious consequences to others.”

The archdiocese concluded that while a person “is free to exercise discretion on getting the vaccine based on his or her own beliefs,” their clergy “should not be active participants to such actions.”

Fairrington made headlines earlier this month when he urged congregants to vote to recall Gov. Gavin Newsom during the recall election on Sept. 4. He told The Sacramento Bee that Newsom’s policies during the pandemic have had “traumatic consequences for families, schools, communities, and the church.”

Newsom came under fire as his administration enacted restrictions on in-person worship services during the COVID-19 pandemic. Several churches disobeyed the guidelines and some challenged them in court. In April, the U.S. Supreme Court vacated a lower court ruling against South Bay Pentecostal Church, which sought injunctive relief against the restrictions.

Was Afghanistan a just war? 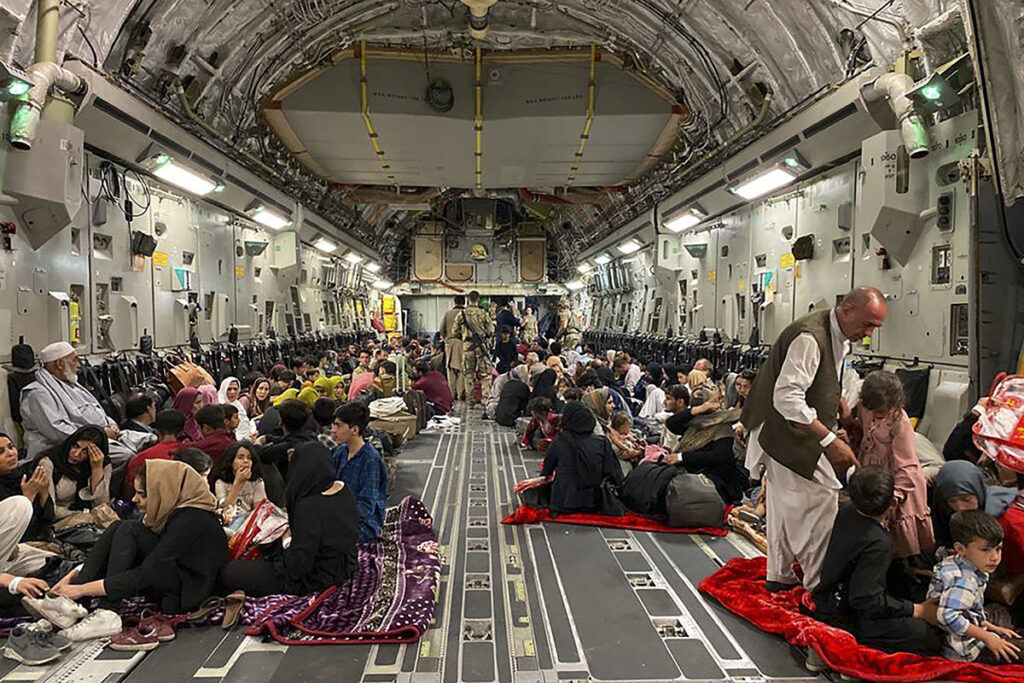