C.S. Lewis Was a Modern Man Who Breathed Medieval Air

In the prologue to The Lord of the Rings, J. R. R. Tolkien tells us two things about his beloved hobbits that identify them as medieval in their thinking and their behavior. First, their relationship to technology is distinctively premodern: “They love peace and quiet and good tilled earth: a well-ordered and well-farmed countryside was their favourite haunt. They do not and did not understand or like machines more complicated than a forge-bellows, a water-mill, or a hand-loom, though they were skillful with tools.”

Second, their taste in books runs toward old masters like Dante, Chaucer, and Thomas Aquinas; they would not have enjoyed or understood the radical originality of novels by modern writers like James Joyce, Samuel Beckett, Marcel Proust, or Virginia Woolf. Indeed, “they liked to have books filled with things that they already knew, set out fair and square with no contradictions.”

Later in his epic, Tolkien extends this medieval ethos to the members of the Fellowship. When Gandalf questions Saruman the White as to why he is now Saruman of Many Colors, he is gravely disturbed by Saruman’s reply.

“‘White!’” he sneered. ‘It serves as a beginning. White cloth may be dyed. The white page can be overwritten; and the white light can be broken.’” Gandalf responds in turn, rebuking Saruman’s Enlightenment understanding of wisdom: “In which case it is no longer white … and he that breaks a thing to find out what it is has left the path of wisdom.”

Aragorn, who will eventually be crowned king of Gondor, expresses an equally medieval understanding of morality when he responds to the confusion of Éomer, nephew of King Théoden of Rohan. In a world so filled with strange signs and wonders, Éomer asks, “How shall a man judge what to do?” Aragorn replies: “As he ever has judged . . . Good and ill have not changed since yesteryear; nor are they one thing among Elves and Dwarves and another among Men. It is a man’s part to discern them, as much in the Golden Wood as in his own house.”

Like his friend Tolkien, C. S. Lewis was a man who loved all things medieval and who infused all that he wrote with a premodern ethos that hearkened back to an older, more traditional understanding of technology, books, wisdom, and morality. In his new book, The Medieval Mind of C. S. Lewis: How Great Books Shaped a Great Mind, Dante scholar Jason Baxter unpacks the full extent of Lewis’s medievalism. Just as Michael Ward demonstrated in Planet Narnia that Lewis keyed each of his seven Narnia Chronicles to one of the medieval planets, so Baxter demonstrates that the medieval worldview colored not only Lewis’s apologetics and fiction but his scholarship as well.

It is this Lewis, Lewis the scholar, whom Baxter, associate professor of fine arts and humanities at Wyoming Catholic College, compares to Boethius, a thinker who bridged the classical and Middle Ages by synthesizing the best of pagan learning and harmonizing it with Christianity. By translating medieval thought into a vernacular that the modern man could understand, Baxter argues, “Lewis became a British Boethius, the philosopher whom he once described [in The Allegory of Love] as the ‘divine popularizer,’ who had helped to create ‘the very atmosphere in which the [medieval] world awoke.’”

Modern readers are often shocked by Lewis’s aversion to cars and newspapers. And yet, Baxter explains, behind Lewis’s “irascible, curmudgeonly lamentations about newspapers and cars stands a well-thought-out conviction that the whole world picture had changed, from the slow, contemplative, symphonic world … to the world of speed, bustle, and machine.” The rise of the machine may have freed us from laborious chores, but it had social, spiritual, and psychological repercussions that altered our very view of reality. Even as it enlightened certain areas of science, it brought darkness to our perceptions of the world, ourselves, and others.

Baxter carefully ferrets out the nature of this darkness by mixing phrases from Lewis’s The Abolition of Man into his own analysis:

Lewis irreverently calls the hallowed scientific revolution a period of “new ignorance” because he believed that by choosing to focus on quantifiable measurements to the exclusion of all other types of inquiry, modern science had brought modern culture into an ethical and social desert, on account of its willful suspension of “judgements of value” and its decision to strip nature of all “qualitative properties” and to “ignore its final cause (if any), and treat it in terms of quantity.”

This shift from qualitative to quantitative has led, in part, to that disenchantment of the world that Lewis struggled against in his fiction and nonfiction alike. In fact, as Baxter convincingly argues, Lewis saw this disenchantment as a more direct and insidious “evil enchantment” through which the modern world sought “to suffocate the supernatural sentiments within.” In resisting the hegemony of the machine, Lewis also resisted the ways in which a mechanistic view of nature and man robs us of our full humanity. As an educator, Lewis the scholar sought to restore to students a medieval mindset capable of what Baxter calls “the right sentiments of praise and admiration for creation.”

As we have lost our appreciation for that “slow, contemplative, symphonic world” that was the medieval cosmos, so we have lost our delight in the kinds of books medieval people loved, books that held up other criteria besides mere originality. The “greatest authors of the medieval period,” Baxter explains, were “shapers, composers, and recyclers of old materials. Chaucer, Boccaccio, and Malory borrowed and translated, but also mended, updated, and altered. They wrote traditional poetry in the sense that they felt it their chief task to dress old stories in new garb.”

To help us get into the medieval mind, and thus understand Lewis better, Baxter quotes a well-chosen passage from the Roman writer Macrobius that influenced Lewis both as a scholar and a writer, one that captures perfectly the medieval love for literary recycling: “You know how a chorus consists of many people’s voices, and yet they all produce a single sound. … That is my goal for the present work: it comprises many different disciplines, many lessons, examples drawn from many periods, but brought together into a harmonious whole.”

We may be impressed today by the vastness of space or by the unexpected twist at the end of a postmodern novel or film, but that experience is of a different order from the awe, wonder, and love that the medieval readers felt toward Dante’s great epic or the ordered cosmos upon which it was patterned. They felt at home in their universe and with their books in a way we no longer do. Things made sense; they had a clear order and purpose, a carefully crafted wholeness that pervades Lewis’s work.

For the British Boethius, schooled in ancient manuscripts and the medieval cosmological model, the “important thing,” writes Baxter, “was not necessarily inventing or concocting in an original style, but to renew, recycle, enliven the original, so that the old vision could be credible to those who live in an incredulous age.” Thus did Lewis allow us to breathe the air and experience the atmosphere of a world that was haunted and enchanted by the divine.

Beyond reason and niceness

Just as medieval cosmology and literature were holistic in their desire to fashion a thing of beauty that held heaven and earth, past and present, in balance, so medieval philosophy and ethics sought a higher fusion of divine and human, head and heart. Thus, whereas post-Enlightenment thought enthrones reason (ratio, in medieval parlance), medieval thinkers championed a deeper form of understanding and perception they called intelligentia.

For Boethius, Baxter explains, “Human beings spend most of their lives processing the world through ratio, the reason-using, argument-generating, fact-seeking rational faculty, but in exceptional moments the more elusive, intuitive, contemplative grasp—intelligentia or intellectus—opens up within and transcends ratio.” Although Lewis was a champion of reason and knew how to wield it, he fills his fiction and nonfiction with numinous moments in which we encounter a Presence that transcends reason.

In such moments, Baxter writes, we are filled with “the sense of the distance between our world and the world beyond, the ontological terror it produces, as well as the shrinking feeling experienced by the merely mortal creature, who is overcome by a desire to hide.”

While modern analytical philosophy seeks ever to dye the white cloth, darken the white page, and divide the white light, medieval philosophy yearned for a higher synthesis that yokes the transcendent with the earthly and the universal with the particular. In Lewis, Baxter argues, we encounter a good kind of mysticism that transcends the self without losing it, leading to a union with God that does not break down the distinction between God and man.

In Lewis, one finds a transcendent yet intimate morality that does not change from age to age or culture to culture. Baxter, showing keen insight into Lewis’s medieval ethical vision, writes that modernity “thinks of the apex of virtue as being nice,” whereas “ancient languages and primitive religions treat holiness as … a frightening and terrifying power that goes far beyond mere goodness.”

In a truly numinous chapter titled “Deep Conversion and Unveiling,” Baxter offers a parallel reading of Dante’s Purgatory and Lewis’s Till We Have Faces that affords original insight into what it means to move beyond mere nicenes 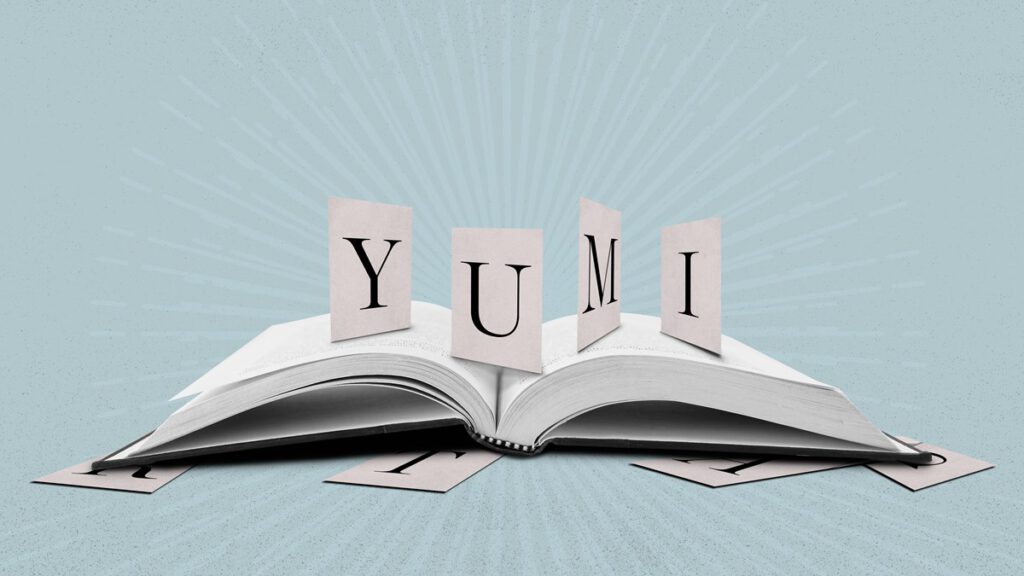 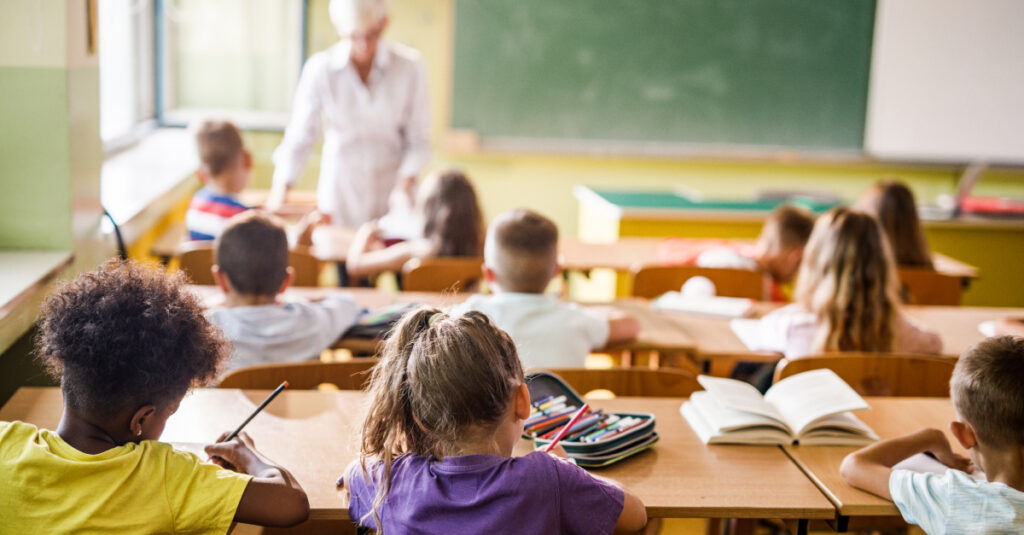