Alcide Dominique, the owner of Dominique Auto Sales in Opelousas, Louisiana, came to his dealership one morning to find a homeless man curled up trying to find refuge from the elements.

Rather than shooing him, which many businesses do, Dominique decided to let the man continue to sleep, CBN News reports. Over time, he fostered a friendship with the homeless man, 33-year-old Jaime Brown. Part of the reason he let Brown stay was because he seemed more thankful and happy to be among people. “He was very kind…He was just happy to be with people who were treating him like a human being,” Dominique explained.

Dominique and his employee, Sean, gave Brown a hot meal, bought him some supplies at the store and paid for a night’s stay in a motel. “All we were doing was just being a friend, getting him something to eat, and getting him a room,” he said. “That’s all that we were planning on doing.” However, that isn’t all that happened.

Sean reportedly recorded a short video for TikTok of Dominique’s conversation with Brown, and the video went viral, garnering 11 million views. The video prompted many to ask how they can also help Brown. So a GoFundMe was set up that has raised more than $30,000 for Brown, who was made homeless after his grandparents passed away a few years ago.

TikTok do your thing! Let’s help him out. Everything sent to me will go directly to him.

Dominique and Sean are now working with Brown to help him find low-rent housing, a part-time job and transportation to make sure he doesn’t stay homeless. “It would be a tragedy for him to end up being on the streets again a year from now,” Dominique said. “So our goal is to work with him and take the time that we need to find him some rent-reduced apartments, perhaps a part-time job, transportation [like] a bicycle or a car.”

Brown told a reporter he is thankful for the help. “It’s kind of spectacular. You don’t see that every day,” he said. “Without him and Sean, I’d be nowhere. Without y’all I would be nowhere.”

23 Tornadoes Hit the South, Midwest in 24 Hours, More Dangerous Weather Is on the Way 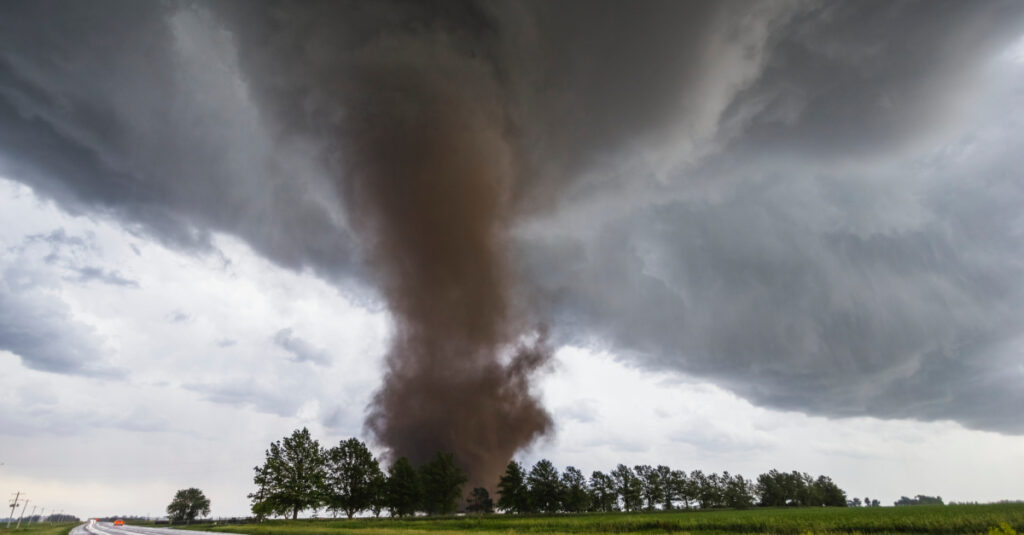