We are now a full week into open war with Russia. Of course, Russia has been warring against Ukraine since 2014, but this is an unprecedented phase. Still, it’s amazing how quickly one gets used to the mundane realities of war.

On day one, the news of other cities being bombed caused great anxiety in the city of Svitlovodsk, where my family and I live. Of course, the fact that the news woke us up before dawn and was very unexpected made it much worse. The intent to cause panic seemed planned.

Now, on day seven, the adrenaline has worn off. We are used to the 8 p.m. curfew and sitting in a dark apartment at night. We find ourselves ignoring some of the air raid sirens—especially the ones in the middle of the night, since we’re so exhausted. We’ve also learned that not every siren means a bomb might drop on our heads.

But whenever we do head to the bomb shelter, my family and I take the opportunity to share the hope of Christ with our neighbors.

“Bomb shelter ministry” is, I must admit, not a ministry profile I thought I’d ever have. And yet, we are already seeing how fruitful it’s been. Our neighbors have heard more about Christ, heard more Scripture, and been led in more prayer in the last week than most of them probably have in their lives.

In addition to the “Our Father” prayer, I’ve taken to reading various Psalms with them—a particularly fitting book for us in Ukraine, as David often cries out amid being hunted by his enemies.

One of our neighbors is the equivalent of our building superintendent. The other night in the bomb shelter, she said with tears in her eyes how thankful she was to have neighbors like us. She said she can’t understand “where we came from.” We got to remind her that if there is something different, it is only because of the hope Christ gives us.

I’ve also gotten questions down there about how to read the Bible properly. The grandpa who asked me got a crash course on the Christocentricity of Scripture! It has often been the case that we stay down there discussing matters of faith long after the sirens have stopped.

Despite significant time spent in the bomb shelter during air raids, our city has so far avoided any actual bombing. The practical reasons include its smaller size (population of 45,000) and lack of strategic targets nearby. This, along with the fact that we are at a crossroads in the country, has made Svitlovodsk a refugee destination—that and God’s providence.

The brutal bombing of civilian targets in Kharkiv, Ukraine’s second largest city, has led to another wave of refugees over the last 24 hours. Previously the targets had been mostly military. This meant that our church welcomed 16 more refugees tonight, 10 in our building and 6 with a family from our church.

One of the young fathers of the families who stayed in our church is into Hindu spirituality and had a lot of great questions about Christianity. I ended up talking with him about what makes the gospel different than other religions (i.e., grace) for nearly an hour. I think he came to see Christianity in a new light. We exchanged numbers to stay in contact as they head further west in the coming days.

This is the case with most refugees who make it this far. We are just an inn for weary travelers on the way. But we hope to serve them and help them experience the love and peace of Christ, even if only for a few hours. It is not our job to force them into faith—an evangelistic approach that rarely produces good results. Rather, we will play whatever role God grants us: to plant a seed, to water—or to harvest when ready. He is the one who brings the fruit in his time, and we can rest in that.

All these stories should remind us of a vital truth: that God’s victory is always subversive. Whatever the Enemy intends for evil, God always takes and uses for good. This means the more the Enemy rages, he only brings his own destruction closer. God turns the Enemy’s weapons against him, just as David did with Goliath’s sword—and what Christ ultimately did in his death on the cross.

When the Enemy thought he finally had Jesus right where he wanted him, it turned out he was dealing his own death blow. Our Lord overcame by using the Enemy’s own weapons against him. We take comfort in that—especially as Ukraine faces an enemy who rages, both in the Devil who loves to “steal, kill and destroy” and in those pseudokings who are the Devil’s pawns.

I believe both will shortly find themselves overthrown by God’s wonderfully ironic victory. But in the meantime, we covet your prayers.

Pray for the many refugees we are expecting over the next days, particularly from Kharkiv. Pray that we will serve them well and show 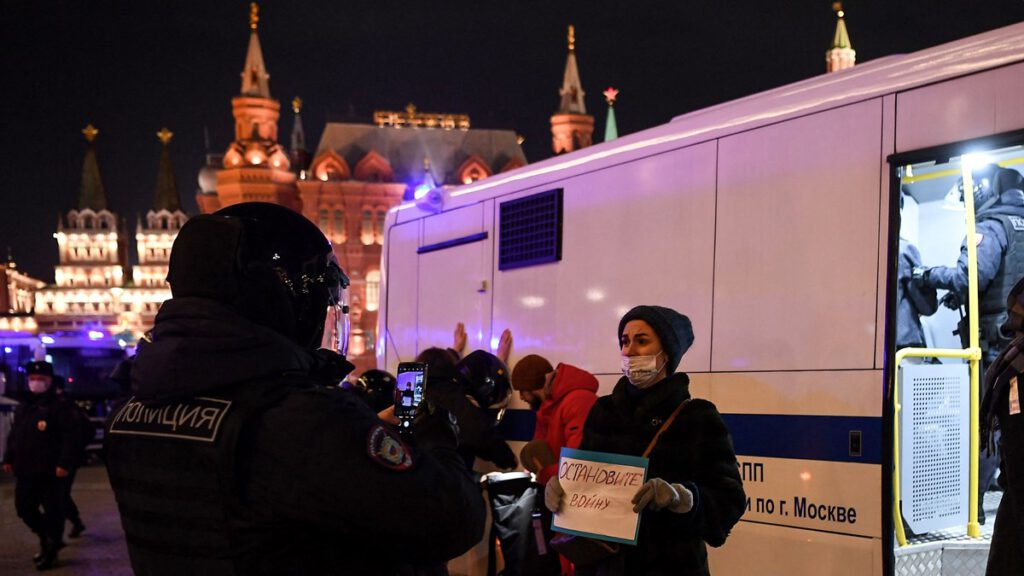 Car Crashes into Church Sanctuary Minutes before Service: ‘the Lord Watched out for Us’ 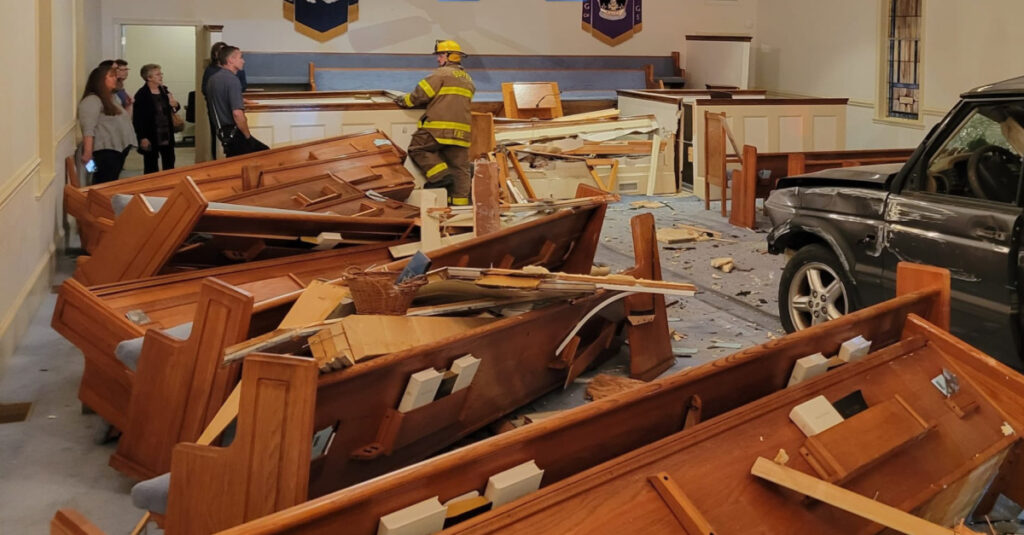