Written by The Ministry of Jesus Christ on December 21, 2020

Although the Christmas story could be said to have begun at any number of points or places, it was Bethlehem that became the stage for the birth of Jesus. Today, Bethlehem is recreated in village halls, school auditoriums, and churches all over the world for the annual ritual of the Nativity play. The imagery of the humble stable, lit up by a star, with the shepherds and wise men converging upon it, is familiar from the greetings cards we send. At Christmas carol concerts we sing “O little town of Bethlehem.” Somehow this often remains disconnected from our imagining of Christmas, which, in the West, is so heavily tied up with traditions formed in the Victorian period in England and in America and so is removed geographically and temporally from Bethlehem at the time of Jesus.

Our Christmas cards focus on two distinct themes: the snowy scenes and cozy fires of Europe and North America, and the depictions of the Middle East with camels, people in Eastern dress, and a donkey beating a dusty path to Bethlehem. While both these aspects are entwined, the Middle Eastern scenery is present mainly as the backdrop. It represents a distant time and ancient land.

Bethlehem was a village at the time of Jesus’ birth. Today it has a population of approximately 25,000 and is a focus of religious life for Palestinian Christians. The district of Bethlehem includes Bethlehem itself, as well as the towns of Beit Jala and Beit Sahour. Approximately half of Palestinian Christians live in this district. Prior to the Arab-Israeli war of 1948, Christians made up the majority of the population of Bethlehem, but they are now the minority.

Despite this, Palestinian Christians emphasize their rootedness in the region and in christian faith and history by referring to themselves as the “living stones” (al-Hijara al-Haya), an expression drawn from the Bible (1 Pet. 2:5). This chain linking modern Christians in the Middle East with the first Christians is important in many different denominations and national communities. The tradition of the flight of the holy family to Egypt is important to Egyptian Christians, as is the tradition that the Coptic Orthodox Church was founded by Saint Mark. Other Christians, such as those belonging to the Syriac churches (including the Church of the East, the Chaldean Catholic Church, Syriac Orthodox Church, and the Syriac Catholic Church) emphasize the fact that they still use a dialect of Aramaic, the language spoken by Jesus. Clearly, Christianity is not foreign to, nor removed from, the modern Middle East.

This demonstrates that Bethlehem is more than a clichéd image for Christmas cards or backdrop for school Nativity plays. It is also more than a site for foreign christian pilgrims to visit. Bethlehem, and the Middle East in general, are not just a historical backdrop to the first Christmas. Christians continue to inhabit the region, and the link between their local roots and christian heritage remains integral to their identity and culture. This context gives the contemporary celebration of Christmas in Bethlehem and the Middle East more significance, not less.

Are Christians in the Middle East permitted to celebrate Christmas or other christian festivals openly? Outside of Saudi Arabia, the answer is generally yes. But the way Christmas is celebrated varies according to different local contexts as well as the diversity and number of different denominations and traditions that exist in the region.

In Bethlehem, celebrations naturally focus on the Church of the Nativity. This is set in Manger Square, which was renovated for the millennium celebrations and is lined by shops selling local traditional crafts, such as crosses carved from olive wood. The church was first built on the site identified by christian tradition as the birthplace of Jesus in A.D. 339. The local tradition pictures the place as a cave rather than a stable. The original church was later replaced after a fire in the sixth century. In 2012, it was added to the UNESCO list of world heritage sites and attracts visitors from all over the world, and naturally there is particular interest in visiting at Christmastime. The square is decorated with lights and a Christmas tree, in a way that is familiar in towns across the world.

Bethlehem (as the birthplace of Jesus), Egypt (which boasts the largest christian population in the region), Lebanon (where Christians have the most political and cultural influence in the Middle East), and Syria (which features frequently in the Bible) are four obvious places where Christmas is celebrated. However, Christmas is also celebrated in more unexpected places. The Arabian Peninsula is not commonly linked with Christianity or celebrations of Christmas, but it does actually have an ancient christian heritage, and monasteries and bishoprics were established mainly during the fourth to seventh centuries. In modern times there is also a large christian population in the region, as a result of the waves of migration to the oil-rich states of the peninsula since the second half of the 20th century.

As a result, Christianity has become the second-largest religion after Islam in a number of Arab states in the Gulf region. These Christians come from incredibly diverse backgrounds in terms of nationality, language, and christian denomination. The celebration of Christmas in the Gulf States, such as Kuwait, Bahrain, the UAE, and so on, reflects this. It also encapsulates the globalization of Christmas. Shopping malls and supermarkets sell Christmas trees and decorations, and public spaces are decorated with Christmas trees and lights. When viewing these decorated spaces, it can often be hard to tell where in the world you are. Dubai has a delivery service for real “Canadian fir” Christmas trees, while there is a Facebook group called “Christmas in Kuwait,” which is followed by almost 6,000 people.

Although Christmas can be celebrated without significant hindrance throughout much of the Middle East, it can also bring about a host of challenges, owing to the complications of politics and history. Each year, in the run-up to Christmas, there is the perennial question of whether Muslims are permitted to greet Christians during their religious holidays. For some conservative Muslims, it is wrong to wish Christians a happy Christmas, although Egypt’s Dar al-Ifta, the official body for religious rulings or fatwas, has said that it is permissible.

Holidays such as Christmas can also lead to heightened security measures amid fears that Christians and churches could be targeted by terrorists. For example, in 2010, seven people were shot outside a church in southern Egypt at the end of Christmas Eve Mass, while in December 2017, a church was bombed in the run-up to Coptic Christmas, which disrupted celebrations.

In Iraq, where ISIS was expelled from Mosul in 2017, there was profound symbolism attached to the reinstitution of Christmas services that year. Services were held in the recaptured areas, often in partially destroyed churches. Other Iraqis dressed up as Father Christmas and toured the devastated towns to hand out gifts to children, a bright spot amidst trauma. Christmas trees and Nativity scenes were also erected amidst the rubble and in refugee camps hosting displaced Christians.

Christmas that year featured heavily in state propaganda, as Iraqi leaders wanted to show they were protecting their christian citizens and that displaced people could return home and exercise their faith once more. When the patriarch of the Chaldean Catholic Church, the largest denomination in Iraq, requested that the Iraqi government make Christmas a public holiday in 2018, the government granted the request. In December of that year, the government tweeted, “Happy Christmas to our christian citizens, all Iraqis and to all who are celebrating around the world.”

In Syria, the 2018 Christmas holiday was also celebrated with gusto and pride despite the years of civil war and conflict with ISIS. Christmas trees were lit up, with music and celebrations held in the streets and squares. The enthusiasm in evidence that year was partly a reaction to the horror witnessed in the country after years of civil war and occupation. It also served to emphasize Syrian christian support for Bashar al-Assad, to whom many believers looked as a guardian of their religious freedom. As in Iraq, processions and singing in the streets signaled christian determination to reclaim their ancient homelands and maintain their faith and culture.

In Egypt also, Christmas has become a symbolic occasion for the relationship between the government and christian citizens. Former president Mohammed Hosni Mubarak made Christmas a national holiday in 2002. In the wake of 9/11, this was likely a political gesture, meant send a message to Egypt’s Western allies that Egypt was an important partner in the Middle East. It also strengthened ties to the Coptic Orthodox Church, which gave the Mubarak regime consistent and public political support. Under President Abdul Fattah al-Sisi, Christmas has taken on further political value. Sisi was the first Egyptian president to appear at the Coptic Christmas Eve Mass, which is broadcast on Egyptian television. This was considered a dramatic and significant gesture, which he used to emphasize unity among Egyptians.

In Bethlehem itself, political complications around Christmas are well entrenched. In 2002, Israeli Defense Forces occupied Bethlehem as part of Operation Defensive Shield. During this period, Palestinian militants took refuge in the Church of the Nativity, thereby attracting the focus of the world. Normal Palestinian citizens also took refuge inside the church, thinking that they would be safe and that Western countries would not permit a siege in the place of Christ’s birth.

The same year saw the erection of the Israeli West Bank barrier, extending over 80 kilometers and surrounding Bethlehem on three sides. Consequently, checkpoints and roadblocks separate the church marking the place where Christ was born from the church marking the place of his crucifixion, even though they are less than 10 kilometers apart. As a result, it is more difficult for Palestinian Christians from other areas to visit Bethlehem for Christmas and move between the two holy sites.

As elsewhere, Christmas in the Middle East is subject to the pressures of globalization and commercialization. This often has the effect of overshadowing local traditions and watering down the religious aspect of Christmas. At the same time, in places where strong local traditions haven’t developed around Christmas, more universal Christmas traditions often take on greater importance, especially for younger generations. For Christians who live in Muslim-majority societies, adopting international aspects of Christmas, such as wearing Santa hats or Christmas sweaters and singing about dashing through the snow, offers a sense of solidarity w 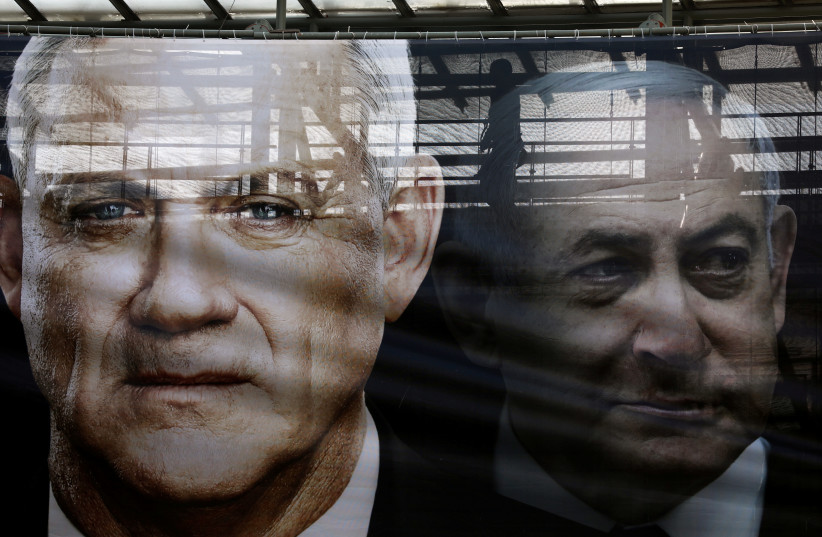