Written by The Ministry of Jesus Christ on July 8, 2021

Prime Minister Naftali Bennett had his first public clash with the United States after the IDF on Thursday morning razed the West Bank home of the Palestinian-American terrorist Muntasir Shalabi.

The US Embassy in Israel weighed in just hours after the IDF demolished the Shalabi’s stone home located in the West Bank town of Turmus Aiya, near Ramallah.

“The home of an entire family should not be demolished for the actions of one individual,” the embassy spokesperson said on Thursday.

“We believe it is critical for all parties to refrain from unilateral steps that exacerbate tensions and undercut efforts to advance a negotiated two-state solution; this certainly includes the punitive demolition of Palestinian homes,” the spokesperson added.

US State Department spokesman Ned Price said that the Biden administration did not intend to let the issue drop.

“We attach a good deal of priority to this,” Price said.

He clarified that US Secretary of State Antony Blinken had personally spoken about the issue with a “senior Israeli counterpart” prior to the demolition.

“The secretary and other senior officials here at the State Department in recent days have raised these concerns directly with senior Israeli officials and we will continue to do so as long as this practice continues.”

The US condemnation marked the most serious moment of discord between Washington and Jerusalem since Bennett was sworn into office last month. It comes as Bennett is preparing for his first meeting with US President Joe Biden, later this summer.

A source in Bennett’s office replied: “The Prime Minister appreciates and respects the US.”

“At the same time, [the Prime Minister] acts solely in accordance with security considerations of the State of Israel and the need for protection of the lives of Israeli citizens,” the source said.

Foreign Minister Yair Lapid was frustrated that he had not been informed prior to the demolition so that he could attempt to do damage control with the Americans, Channel 13 reported.

Shalabi had been indicted for killing Yehuda Guetta, 19, in a drive-by shooting at the Tapuah junction at the beginning of May. He was also indicted for the attempted murder of two students, also injured in the shooting.

Five other Palestinians were also indicted for the obstruction of justice because they provided Shalabi with a hiding place during the initial manhunt.

Shalabi’s wife, Sanaa, said she spoke with her husband by telephone on Thursday. She described him as a “resister” and vowed to rebuild the house.

“They want to demoralize us, but we are steadfast. This is the situation of the entire Palestinian people,” she said.

It is rare for a Palestinian terrorist to have a US passport.

The High Court of Justice had rejected a petition against the demolition as well as a subsequent appeal, filed by HaMoked. It had argued that the structure was not Shalabi’s primary home, but rather that of his estranged wife from whom he separated years ago.

“This was the only home of a woman who had effectively separated from the suspect years ago, while he lived most of the time with his other wives and children in homes he owned in the United States,” HaMoked said. “Thus, the suspect did not have significant ‘residential ties’ to the house.”

The NGO also argued that Shalabi suffered from mental illness and had “repeatedly stated that he was motivated by suicidal thoughts.”

HaMoked Executive Director Jessica Montell said: “Punitive home demolition is a collective punishment of innocent people, whose only crime is being related to a criminal.

“It is a violation of international law, and goes against one of the most basic legal principles, originating in the Bible, that we are each responsible for our own acts. It is a stain on Israel’s High Court of Justice that they allow these demolitions to take place,” she added.

The Israeli Right believes that such demolitions deter terror attacks and lauded the move, as did the Guetta family. Together with the right-wing NGO Honenu, it issued a statement attacking the Left for attempting to impair the IDF’s deterrence capabilities.

There is no doubt, the family said, that such demolitions “deter potential terrorists and increase the security of Israeli citizens.”

Both MKs Israel Katz (Likud) and Itamar Ben-Gvir (Religious Zionist Party) said the US should not interfere with Israel’s security measures on this matter.

“Israel can defend itself by itself and must deter its enemies. I expect Foreign Minister Yair Lapid to make this clear to the Americans,” he said.

What do gov’t’s opening shots on religious issues mean for the future? 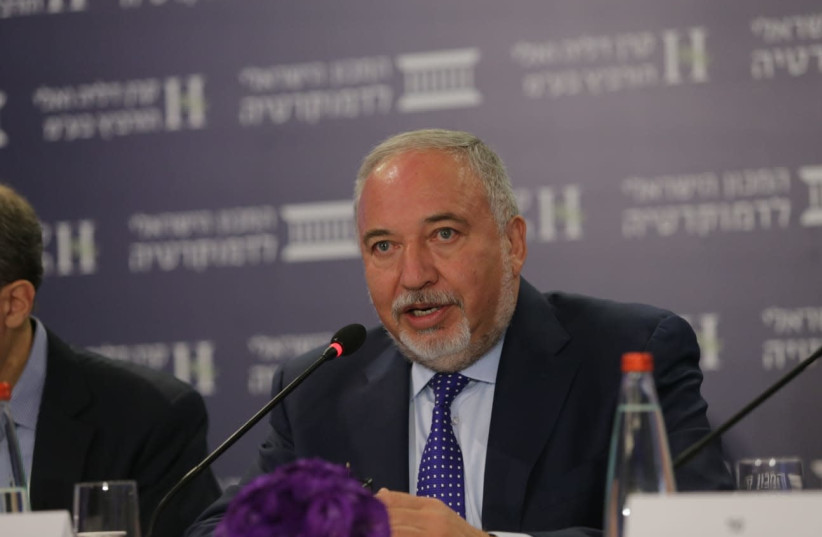 Kissing but no sex: 3 Christian couples tell what it’s like