On his first day as prime minister on Monday, Naftali Bennett was “unmoved” by his predecessor, Benjamin Netanyahu, giving him only 25 minutes in their transition meeting at the Prime Minister’s Office, a source close to Bennett said.

They dealt with security and diplomatic issues, which were later supplemented by Bennett’s meeting with National Security Adviser Meir Ben-Shabbat, the source said.

No further meetings are planned between Netanyahu and Bennett. Netanyahu declined to take part in the traditional transition ceremony, and the brief meeting took place behind closed doors, with no statement to the press.

Sources close to Bennett have said Netanyahu did not allow any of his staff to hold transition meetings before the new government was officially authorized on Sunday.

From the meeting with Bennett, Netanyahu rushed to the Knesset to convene all the MKs in his bloc. He urged the MKs of Likud, Shas, United Torah Judaism and the Religious Zionist Party to work hard together to bring the new government down.

“The fraudulent government will fall quickly because it is united solely on hatred, exclusion and greed,” Netanyahu told the MKs.

The right-wing bloc would meet weekly to plan strategy and maintain discipline within it, he said. He urged the MKs to remain unified and fire from their “armored personnel carrier” out, not in it.

“I have never seen an opposition so cohesive and strong,” Netanyahu said. “This is a super mission, and we’ve been drafted into it. We will go together, and we will win together. I believe in this obsessively.”

Former coalition chairman Miki Zohar and Shas leader Arye Deri repeatedly called Netanyahu “Mr. Prime Minister” by mistake. He said he would not argue with them.

Finance Minister Avigdor Liberman on Monday told his Yisrael Beytenu faction in the Knesset: “Capturing the Prime Minister’s Residence on Balfour Street was for us like capturing the Bastille” prison in France.

He expressed satisfaction with the formation of a new government on Sunday and ruled out having haredi (ultra-Orthodox) parties join it.

Avidar refused a cabinet post as a second minister under Liberman in the Finance Ministry.

In an interview with KAN News, he downplayed Ra’am MK Saeed Alharomi’s abstention on the vote to form the government, which passed 60-59. In return for his support of the new coalition, Alharomi demanded that a clause in the coalition agreement regarding illegal construction in the Negev be canceled.

Abbas said he signed a coalition agreement, and even though there were still details that needed to be worked out, he would honor it for the entire term of the government.

“Alharomi is in the coalition,” Abbas said. “His abstention was known and agreed upon in advance, and we are moving forward. Had there been [a] real danger of the government not being formed, he would have voted in favor of it. That was our deal.” 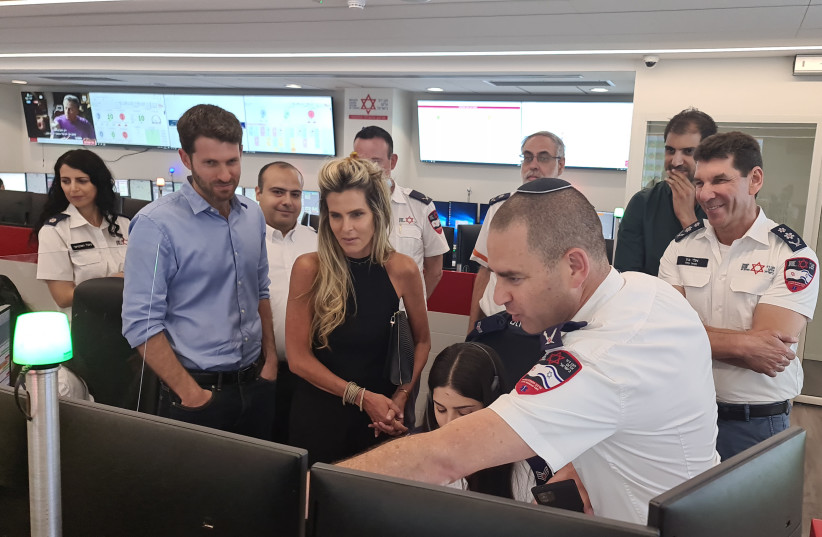