Bennett more American than Netanyahu as PM? – why it matters

Can Prime Minister Naftali Bennett become the new face of Israel to the United States, effectively stripping his predecessor  Benjamin Netanyahu of the unofficial title he has held for almost four decades?

There have been only 13 prime ministers during Israel’s 73-year history.

Only three of them – Golda Meir, Netanyahu and Bennett – had lived in the US for extensive periods, including as children.

Both Meir and Netanyahu graduated from American high schools and received higher level degrees in the US. Meir and Bennett possessed and then relinquished US citizenship. All three had experienceworking there.

It’s a history that allows for a linguistic and cultural fluency, which gave the trio an immediate advantage when dealing with Israel’s key ally.

Netanyahu, a graduate of MIT, added tremendous oratory skills that made him the county’s most known advocate dating back to the 1980s when he was Israel’s ambassador to the United Nations, continuing with his stint as prime minister in the 1990s.

It was a skill Netanyahu banked on during his 12-year tenure as premier that ended this year and which he campaigned upon, leaving the impression that his absence would create a deep void in Israeli-US relations – particularly given his strong ties with US politicians, including US President Joe Biden, whom he known for almost four decades.

The mythic vision of Netanyahu is that of a prime minister who can stand firm in defense of Israel’s key existential and policy interests, while at the same time wooing American politicians.

It was a spell made more powerful by Netanyahu’s ability to use the language of American democracy to defend right-wing Israeli policies.

This dance was perceived to be so magical, that no other Israeli leader could be expected to follow.

Initial signs, however, show that Bennett, whose parents hail from the Golden State of California, could outshine Netanyahu in this one specific arena.

During his short time in office, Bennett has already discredited Netanyahu’s warnings that he cannot stand firm against Washington.

Less than a month in office, Bennett has already let the US know he opposes its return to the Iran deal. He has linked the rehabilitation of Gaza with the return of the remains of the two soldiers and the two civilians held hostage there. It’s a stand Netanyahu never made – and one which the Biden administration disapproves of.

Bennett has gone head-to-head with the Biden administration on the issue of home demolition. He knocked down the home of a Palestinian-American terrorist indicted for killing 19-year-old Yehuda Guetta, ignoring a direct US request not to take such a punitive measure.

Bennett didn’t back down from this position, even after the State Department attacked him for it. Over the Biden administration’s objections, he has continued the policy of demolishing illegally built Palestinian structures in Area C of the West Bank and agreed to legalize the Evyatar outpost.

These West Bank steps are an extension of his predecessor’s policies and in keeping with Bennett’s, which are to the Right of Netanyahu.

BUT BENNETT balanced those negatives with some positives. He was careful to bend in the direction of the Biden administration by taking steps on behalf of regional peace, with a series of gestures to repair Israel’s relationships with Jordan, which had gone cold under Netanyahu.

He agreed to execute two major deals: one to almost double the amount of water Israel sells to the Hashemite kingdom and the other to increase Jordan’s ability to trade with Palestinians in the West Bank by expanding the export limits.

The Biden administration issued an immediate statement of gratitude.

In the last two weeks, Bennett didn’t just show the White House that he would take steps for peace: He also let Biden and the American public know that their history was his history and their values were his values.

Bennett is the first Israeli prime minister to have American parents and a family with US roots that go back more than a century.

When he spoke last week at the US Embassy’s American Independence Day event, he made sure to mention that his family came to California during the Gold Rush.

Nor were his family strangers to 20th century US history. Bennett also dropped the story of how his father Jim was arrested at a civil rights protest, when he attended a sit-in at a California hotel that refused to hire African-Americans. It was a story likely to endear him not just to Biden but also to left-wing Americans, including US Jews. In Israel, he might be on the Right, but in the American sphere, he is one of them.

It wasn’t only that story that painted this picture.

Bennett underscored his value of diversity, noting accurately that his coalition had both Jews and Arabs. Lastly, he emphasized the significance of maintaining bi-partisan support for Israel, indicating that he was a prime minister who wanted to work with all of the American public, not just some of them.

It was the kind of speech that Netanyahu could not have given, nor did he need to, when former US president Donald Trump was in office, when those points were on the back burner.

NETANYAHU’S STRONG ties with Trump yielded enormous results for Israel, particularly the Right. Trump relocated the US Embassy to Jerusalem and recognized the city as Israel’s capital. He legitimized settlement activity and published the peace plan that placed those communities within Israel’s final borders. Under Trump’s tenure, the US scrapped the Iran deal and imposed crippling sanctions on Iran in an attempt to halt its drive to produce nuclear weapons.

Most significantly, Trump brokered the Abraham Accords by which four Arab nations agreed to normalize ties with the Jewish state.

These incredible achievements were due in large part to Netanyahu’s diplomatic skills.

They came at the cost, however, of weakening ties between US Jewry and Israel, many of whom felt that Netanyahu had caved in to Trump on the issue of antisemitism on the Right.

The US-Israel bond also frayed, as Israel was increasingly seen as a partisan issue rather than a bi-partisan one, with Trump accusing American Jews who supported the Democratic Party of being disloyal to Israel and the Jewish people.

It was classic Netanyahu not just to dismiss those issues, but to turn the personal chemistry between him and Trump into the larger narrative of how he, and he alone, would be a unique asset to the State of Israel with any US president.

The reality was actually the opposite. Eight of his 12 consecutive years in office – two-thirds – were marked by tensions between him and former US President Barack Obama. Even Israel’s former president Reuven Rivlin, who had never lived in the US, had a better understanding of how to speak with Obama than Netanyahu did.

Netanyahu never swayed Obama to drop his objection to settlement activity or his support for the pre-1967 lines. Nor did he convince him of the dangers of an Iran deal.

There was the time he insulted the US with an announcement of Jewish building in east Jerusalem during a Biden visit to Israel, when he was America’s vice president. Then there was Netanyahu’s appeal to the US Congress to defy the will of President Obama by opposing the Iran deal, an act that made him persona non grata in the White House.

Had Hillary Clinton won the presidency in 2016 instead of Trump, Netanyahu’s track record with respect to the US would have been vastly different, with tensions between the two countries increasing rather than decreasing.

WHEN EVALUATING the effectiveness of an Israeli prime minister against a US president, it’s not just the diplomat skill sets that are needed: Personalities and values also matter.

Netanyahu and Biden’s friendship would, of course, have helped US-Israel ties. In the diplomatic world, however, the two men are an odd couple not unlike the Obama pairing, with divergent goals and values.

Unlike Netanyahu, Bennett is a prime minister with a limited term: almost two years. His success with the US will rise or fall with this Democratic administration, headed by a president for whom human rights and diversity matter.

True, the tension point here with Biden, like it would have been with Netanyahu, will be Bennett’s right-wing stances when it comes to the Israeli-Palestinian conflict.

But Netanyahu would have had a hard time navigating them after Trump by re-infusing democracy into the equation.

Bennett, with his background, can sound as American as Netanyahu. His brief speeches have already shown that he understands the significance of democratic discourse and that when it comes to this president, he can speak the same language, even more effectively than Netanyahu.

What’s important here is not just the possibility that Bennett could become the new fact of Israel for the American public, but that the tone he knows how to present might diffuse the expected discord, heal some of the partisan rifts and reset the US-Israel relationship at a time when antisemitism in the US is rising.

Numerous Jewish organizations to protest the rise of antisemitism 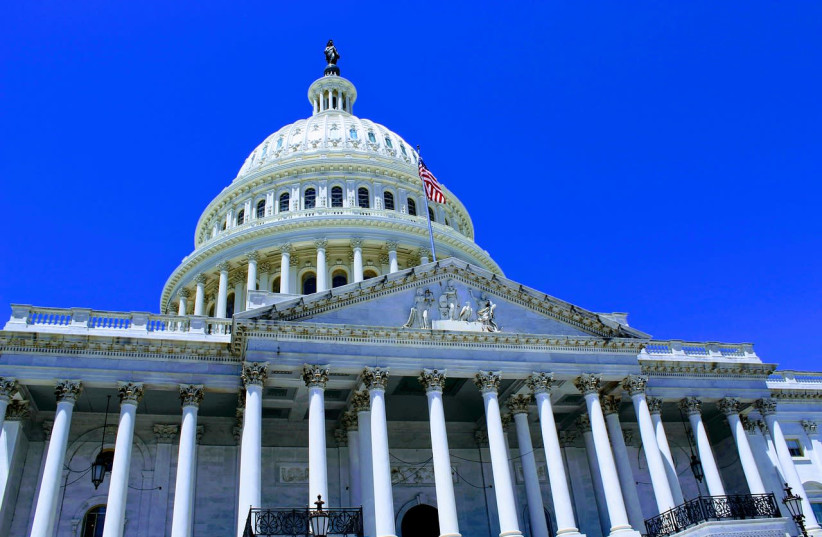 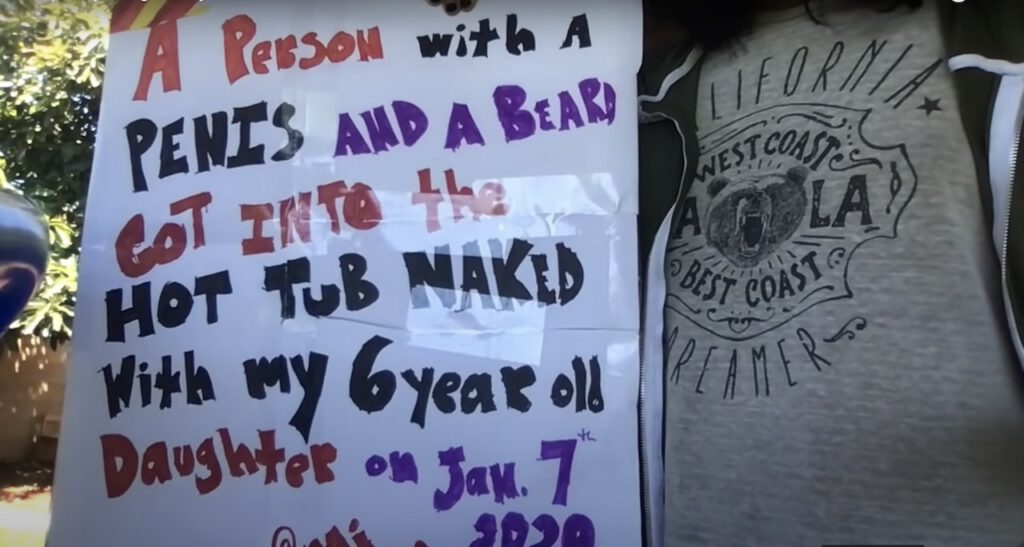