A Baptist pastor in Illinois has resigned amid an ongoing sexual abuse scandal involving his church’s former youth pastor, who was accused of sexually abusing a teenage girl for roughly three years.

The resignation of Rev. Paul Kingsbury of North Love Baptist Church in Rockford was announced earlier this month in a Facebook post issued by another staff member of the church that was later removed from the social media platform, according to several news reports.

“The deacons are fully aware and take serious the allegations being made against Pastor Kingsbury and North Love Baptist Church,” the employee reportedly said in the video, according to Northern Public Radio. “The deacons are united and looking into these matters. Please give us time and have patience as we seek the truth in Christ.”

The christian Post reached out to North Love Baptist Church for comment. No response was received before press time.

Northern Public radio reports that the current interim pastor, Ron Haese, stated that Kingsbury had “done nothing to disqualify him as pastor of the church.” Haese also reportedly said the North Love Baptist Church will be going on virtual hiatus until the church leaders decide otherwise. The church, however, remains occupied by staff who continue to run its operations.

The Rockford Register Star reports that a woman who filed the seven-count lawsuit claims that when she was a teenager, Rev. Kingsbury and other church staff knew she was being sexually abused by former youth pastor John Neese. The alleged abuse occured from 2004 to 2006. However, the lawsuit claims that the pastor was kept on staff at the church.

In the complaint, the woman claims Neese sexually assaulted her when he served as a deacon and youth pastor when she was 15 to 17.

The woman also alleges that Neese subjected her to “physical and verbal threats, intimidation, manipulation and fraud” in hopes of keeping her silent about the abuse, according to the Rockford Register Star.

The case was assigned to Judge Lisa Fabiano of Illinois 17th Judicial Circuit Court. The civil matter will reportedly begin proceedings on Sept. 1.

The woman who filed the lawsuit is just one of about two dozen former attendees of the church and its affiliated school and ministries who have alleged to have been sexually abused.

“At this point we’ve talked to 21 females who say they were sexually abused at North Love or one of the related ministries,” former church member Nate Plautz told WIFR.

Kyra DeBerry, another former attendee of the church who graduated from the high school and Bible college and runs a support group for survivors, told WIFR that “There’s no vindictiveness in what we are doing.”

Before his departure, Kingsbury shot down the idea that sexual abuse issues in his church have been “put under a proverbial rug” during a sermon.

“There is nothing … that has gone on in the ministry or has gone on in all these years … [that] has ever been just put under a proverbial rug,” he was quoted as saying. “If you lift the rug, it’s clean under there.”

This is not the first time a sexual abuse scandal has unraveled involving North Love Baptist Church.

Another former church employee Charles Tucker was sentenced to life in prison after being found guilty of four counts of predatory criminal sexual assault of a child under 13 years of age and nine counts of aggravated criminal sexual abuse. 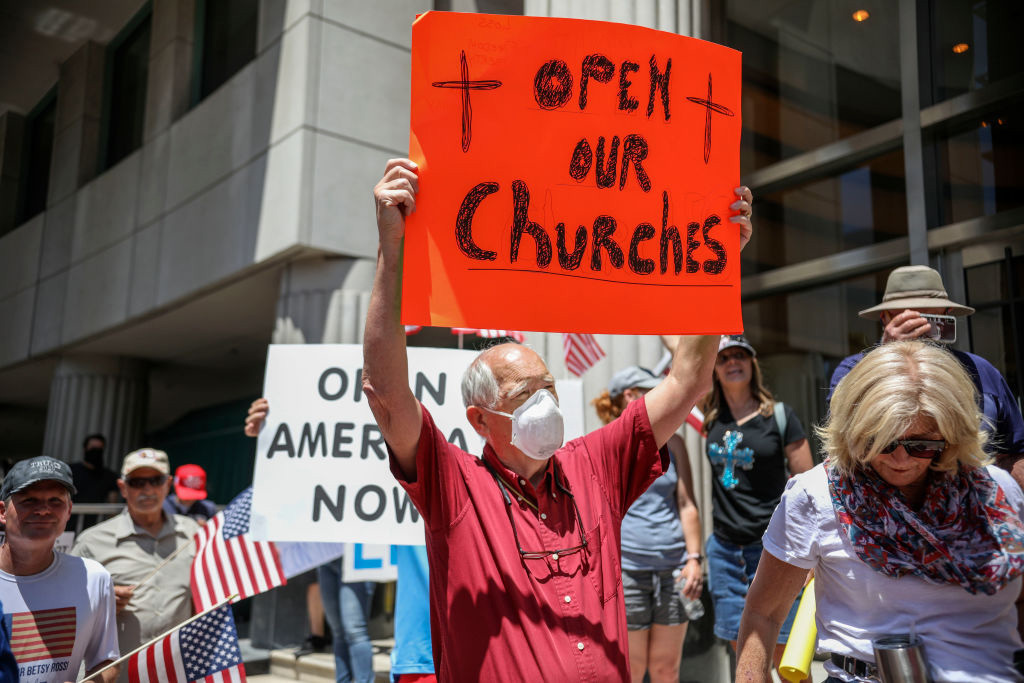