Suffering freezing temperatures during the long winter cold in the Caucasus Mountains, this month Armenians in Nagorno-Karabakh had no heating for three weeks. The natural gas “malfunction,” stated Azerbaijan’s state-run energy distribution company, has now been repaired.

It is not often that pipeline maintenance draws international concern.

The European Union and Freedom House both called for quick resumption of the supply in order to avert a humanitarian crisis. Over 100,000 residents in the contested enclave rely on Armenian natural gas that passes through Azerbaijani territory.

Nagorno-Karabakh, which Armenians call Artsakh, lies within the internationally recognized territory of Azerbaijan. Armenians accused Azerbaijan of deliberate disruption, prevention of repair, and installation of a new valve with which they can shut off gas flow at will.

Secured by Armenians backed by Armenia’s military following the fall of the Soviet Union, Artsakh sought independence for three decades while controlling six buffer zones in depopulated Azerbaijani lands. Negotiations failed to resolve the dispute, until Azerbaijan launched a 44-day war in 2020 that recovered significant territory.

Yet skirmishes continue, and Azerbaijan accuses Armenia of instigation. Last November, Armenia stated an Azerbaijani incursion occupied 15 square miles of sovereign territory. Christianity Today was reporting from one of the liberated buffer territories at the time. And in the month prior to the pipeline issue—with the world’s attention focused on Ukraine—Russia officially accused Azerbaijan of breaking the terms of the ceasefire. Monitors recorded at least four incidents of firing toward Armenian villages. Three soldiers were reportedly killed by an Azerbaijani drone; another was shot by a soldier across the border.

After years of holding the upper hand in Nagorno-Karabakh, the reversal suffered in the war has Armenians fearful of genocide. Now victorious, Azerbaijan President Ilham Aliyev has pledged to develop the area economically and to treat Armenians as equal citizens.

The recent conduct makes many doubt these promises.

“They openly can’t go for a full-blown war today since Russian peacekeepers are deployed here,” stated an Armenian journalist. “So they do everything to disrupt normal life and make people leave their homeland.”

But it goes beyond “Artsakh.”

To emphasize its sovereignty over the region, Azerbaijan has mandated that the designation “Nagorno-Karabakh” no longer be used. Armenians see this as erasure—similar to what they allege is being done to their nation’s cultural heritage.

The ninth-century Dadivank Monastery, called Khudavan by Azerbaijan, is now labeled to be Caucasian Albanian, a defunct Orthodox sect traced to the Udis, a tiny christian minority group still present today. Priests from this recently revived church were appointed to administer the monastery, with several other worship sites delinked from their Armenian origins.

After the war, the Armenian Apostolic Church created a department to preserve its historic churches in the territories that changed hands. Monitoring satellite imagery and Azerbaijani social media feeds to document violations, the department also tracks examples of pilgrims denied access to once-active religious sites.

“We call on the international community, and give them the facts,” said Garegin Hambardzumyan, head of the Department for Preservation of Cultural and Spiritual Values of Artsakh. “The world needs to know the truth.”

An Apostolic priest, Hambardzumyan works with institutions such as UNESCO, which has still not been granted investigative access to the contested territories by Azerbaijan. He informs the widespread Armenian diaspora, which plays an active role in lobbying foreign governments. And his department’s reports also go to the Armenian government, whose lawyers determine the best course of action.

International outcry led to Azerbaijan backtracking last month on an announced committee to remove alleged Armenian forgeries from historic churches. Armenia also won a provisional judgment from the International Court of Justice, calling on Azerbaijan to prevent and prosecute incidents of vandalism and desecration.

But is this enough?

Some Armenians have floated the controversial idea of remedial secession, a theory in international law in which a nation loses its right to territory if it oppresses the resident people. Bangladesh (from India) and Kosovo (from Serbia) are sometimes given as examples.

The legal strategy is being considered at the highest levels.

“When the life of a people in a larger entity is no longer possible because there is an existential threat,” said Maria Karapetyan, a member of Armenia’s parliament, “the only way to secure their existence is secession, to live as a separate entity.”

While the idea has not been adopted as official policy, Karapetyan, also the English-language spokeswoman for Prime Minister Nikol Pashinyan’s Civil Contract party, stated that Artsakh has been a human rights issue from the beginning. In 1991, an independence referendum was overwhelmingly approved amid a boycott by its Azerbaijani minority and met with violent rejection by authorities, she said.

Mutual ethnic atrocities followed for the next three years, as thousands were killed and over 1 million people displaced from their homes.

Since then, the general strategy for peace—though never enacted—was for Armenians to trade the buffer zone territories in exchange for Azerbaijan granting special status, even independence, to Nagorno-Karabakh. The 2020 war voided this option.

Today, the Civil Contract party holds to the necessity of negotiations, while insisting on a formal demarcation of borders and the removal of military forces from the frontlines. Communications must be resumed with Azerbaijan, which can then open paths for trade.

Despite the military defeat in 2020, Karapetyan’s party overwhelmingly won a majority share of parliament in early elections last June, running on a platform of peace. With its mandate renewed, Pashinyan’s government has surged forward with the controversial task of normalizing relations with neighboring Turkey—which strongly backed Azerbaijan during the war.

Prior to this development, in December Karapetyan dismissed Aliyev’s promise to integrate the Armenians of Nagorno-Karabakh, calling it a “fairy tale.” But Pashinyan continues to hope for a negotiated solution, and yesterday announced a meeting with Aliyev next week to iron out steps toward a lasting peace agreement.

Others have been looking at strategies to intervene.

Clerics at Hamdarzumyan’s conference last September heard a geopolitical rationale. The Responsibility to Protect (R2P) principle, adopted by the United Nations in 2005, seeks to ensure the international community never again fails to prevent war crimes and ethnic cleansing—such as in the 1994 Rwandan genocide.

“If you can frame the destruction of cultural heritage as a war crime,” said Sheila Paylan, an international lawyer, “there’s no reason why we can’t push forward the R2P envelope.”

It is warranted, said Eric Hacopian, an Armenian analyst. In the early 2000s, Azerbaijan destroyed thousands of ornate funeral khachkar cross-stones in Nakhchivan, erasing the historic marker of Armenian residence.

The only comparable modern precedents, he said, are the Taliban’s demolition of Buddha statues, the Islamic State’s damaging of Palmyra, and the Chinese government’s desecration of Uighur mosques.

“This is the league that Aliyev is in,” said Hacopian. “You’re dealing with a state that systematically destroys cultural sites in Europe.”

But regardless of the status of Nagorno-Karabakh, many Armenians are worried simply by the terms of the ceasefire. Point 9, the final one listed, called for the unblocking of all economic and transportation routes.

While consistent with Pashinyan’s mandate, a key application pertains to a southern corridor connecting noncontiguous Nakhchivan with the rest of Azerbaijan. It would be overseen by Russian peacekeeping forces, who currently monitor the Lachin corridor between Armenia and Nagorno-Karabakh.

The idea has been championed by Turkey, where President Recep Tayyip Erdoğan sees it as a way to connect the entire Turkic world. Armenia is the only interruption, which worries those who fear for more than a mountainous enclave.

The proposed corridor would pass through Armenian sovereign territory, and it puts some residents ill at ease.

“If they are going to take my village for peace, that already is not peace,” said Alen Avedisyan, who lives near Meghri, 230 miles southeast of Yerevan on the Iranian border. “Erdoğan wants to be Saladin, ruling from the Mediterranean to China.”

A history teacher and father of three daughters, he recalled the day three decades earlier, when the 12 Azerbaijani families in his village fled. Armenians, with tears in their eyes

City Blocks Christian School from Opening Due to Its Religious Beliefs: Legal Group 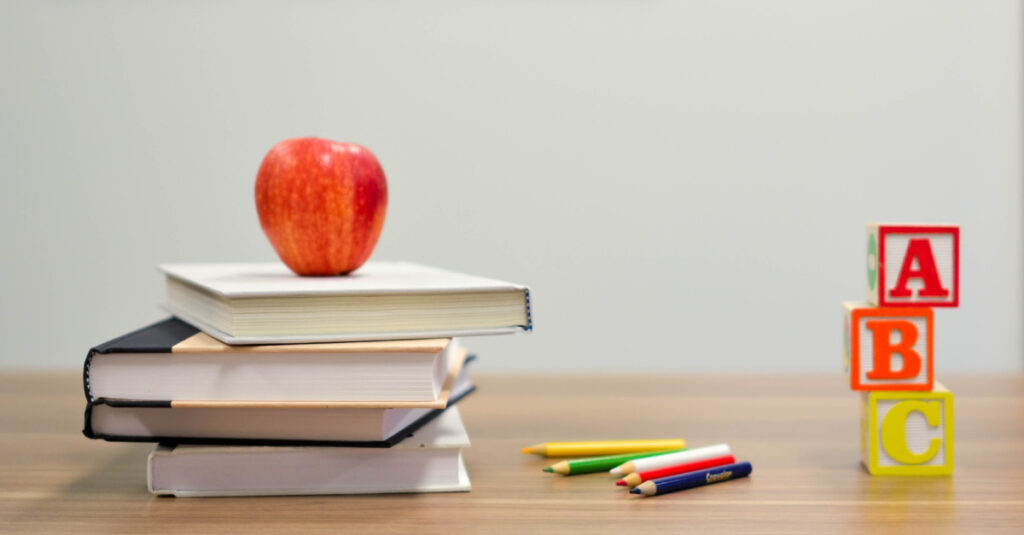 ‘New York Jew’ has 1983 arson conviction overturned due to antisemitism 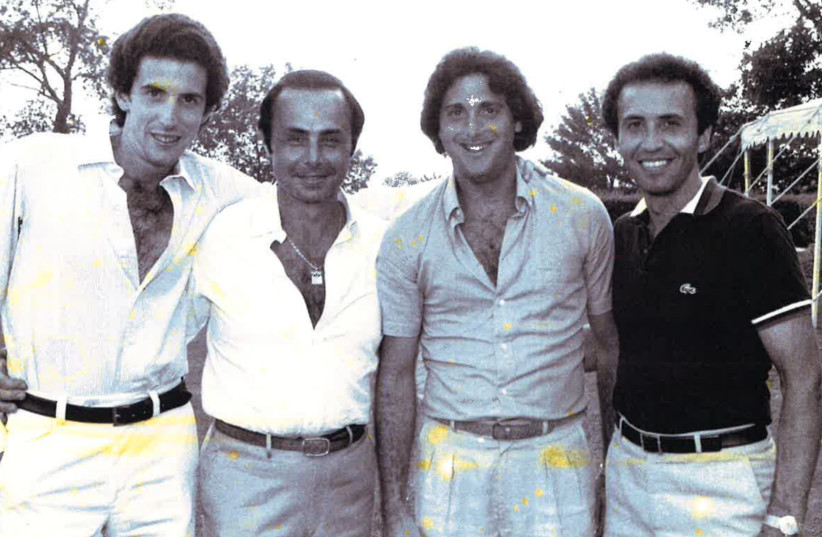