On Monday night, the French Senate passed an anti-terrorism law that has greatly concerned church leaders.

Now called the Law to Uphold Republican Principles and the Fight Against Separatism, the bill—approved by a 208–109 vote, with 27 abstentions—intends to combat the Islamist radicalism that has incited numerous attacks on French soil in recent years.

However, the Macron administration’s desire to make France safer has put the nation’s deeply rooted freedom of religion in the crosshairs.

“The wind has changed in France,” said Clément Diedrichs, general director of the National Council of Evangelicals in France (CNEF), which according to new research represents half of French Protestants. The government has “clearly indicated that we’re no longer in a christian society.”

“Religion has become expendable,” he observed, saying that the country’s leadership no longer has any desire to protect space for any faith.

In February, as reported by Christianity Today, the National Assembly, the French parliament’s lower house, passed a first version of the bill. The net result of the Senate’s debates is a version with even tighter oversight measures, despite the inclusion of a few modifications seen by Christians leaders as positive.

The Protestant Federation of France (FPF), which includes both evangelicals and Lutheran or historic Reformed groups, highlighted the Senate bill’s guarantee of the rights of chaplaincies—in particular in educational establishments, though the bill forbids any type of religious service in these establishments. The bill also provides for churches’ ownership of buildings given to them for free as well as access to public subsidies for making buildings accessible for people with reduced mobility.

CNEF appreciates the Senate’s reinstatement of homeschooling as an educational option, though with increased forms of oversight. The National Assembly’s version of the bill had taken away authorization for home instruction for children.

Next the bill goes to a joint committee of deputies and senators, who are expected in May to begin ironing out differences between the bill’s two forms before a final vote by the National Assembly in July. Soon after, the government will issue the decrees that cover the fine details of applying the law.

While its final form remains in flux and christian groups such as FPF and CNEF will continue their advocacy efforts, pushing for the law’s impact to be made less onerous, French churches are beginning to prepare for how to comply with the anticipated new rules.

In particular, churches face increased requirements for declaring themselves to the government and stringent new rules related to finances, including tracking and limiting funding from outside France and the financing of building projects. The law would also increase government surveillance of pastors’ teaching and increase religious leaders’ legal liability, proposing steep sanctions for speech deemed to encourage disrespect of laws.

“We’re shifting from a separation of church and state based on liberty to a separation based on control,” said François Clavairoly, president of FPF. “Laïcité is no longer really a laïcité of trust and intelligence but is now a laïcité of distrust, suspicion, and control.”

France’s famous principle of laïcité, often misrepresented in English simply as “secularism,” was enshrined in a 1905 law that created a distinctly French form of separation of church and state, one that defends and guarantees freedom of religion and ensures government neutrality on religious matters.

Evangelical Christians were among those who advocated strongly for the birth of laïcité. But the principle is now in danger.

While French Christians are supportive of their government’s efforts to address the threat of radical Islam, they are troubled by constraints that don’t actually address the fight against terrorism and that conflate other religions with Islamist extremism’s threat.

“Religious practice has become something menacing for many political leaders. … So our advocacy explains that religion isn’t a threat, but on the contrary, it’s a resource for intelligence and citizenship.”

Among the new constraints would be a threshold over which foreign funding of religious groups in France would require complicated, time-consuming processes of reporting and approval. The current proposed threshold is 10,000 euros (about $12,000 US) per year.

“We exist as a young church plant, thanks to the generosity of individuals and churches here in France, but still for the most part [donors] from abroad,” said Etienne Koning, pastor of Saint-Lazare Church, a Paris church affiliated with the Acts 29 network. If the limit holds, “it will have a big impact on our daily life. It will not make it impossible to do church, but it will make it far more difficult.”

He said authorities don’t seem to recognize that unlike the extremists they say they’re targeting, churches like Koning’s have a clear financial plan for generosity from abroad to be replaced by generosity from the local church as the congregation grows. His church’s foreign funding comes from generous individuals with normal jobs, not from private societies or oil-industry wealth as is often the case for the radicalized mosques whose ideology the government wants to protect French society from.

Koning noted the second main impact his church foresees relates to freedom of speech, expression of convictions, and increased control by the state over messaging. “I know that sounds like in China,” he said, acknowledging that what’s proposed in France isn’t at all at such levels. Still, it concerns him to see the government’s desire to “control what is thought—thus, what is said and what is taught.”

Yet, despite the new law’s dire evolution away from intelligent laïcité as they see it, French Protestant leaders’ strategy—toward both the government and the pews—has been notably free of fear-mongering. Instead, they have called for their sisters and brothers to avoid taking on a posture of victimization even as they recognize the seriousness of the moment.

“It is not the apocalypse,” said Clavairoly. “We are absolutely not in an atmosphere of fear.” Rather, he said, they are engaged in a very French debate that is a continuation of the hard conversations that took place at the end of the 19th century and beginning of the 20th between the church and the republic.

“Without fearing at all for our faith, we can legitimately express our concerns and the fact that we will remain attentive to the preservation of our legitimate freedoms, in defense of a well-understood laïcité,” said Erwan Cloarec, director of formation of the Federation of Evangelical Baptist Churches of France (FEEBF) and a pastor in Lyon.

For him, this means promoting the freedom to believe and not believe and being able to live this freedom without being worried or hindered in any way by the government. “It seems important to me to continue this fight, without fear or weakness,” said Cloarec. “The Lord is with us, and he invites us to faith, trust, and prayer.”

“Should we be afraid? No,” said CNEF’s Diedrichs. “In Jeremiah, it is said that we must look for the good of the city where we are, and this town isn’t Jerusalem. It’s Babylon. I think a lot of Christians would prefer that we were in Jerusalem instead of Babylon. Many evangelicals would like to still be in a christian society that protects us.”

But since they are no longer in a christian society, he said, French evangelicals have to be witnesses to the gospel like the first Christians were in their non-christian society.

“They didn’t expect the government to protect them. They simply had an eternal hope and witnessed to this hope in their society,” he said. “This is why I say that we have no reason to be afraid, but do have all the good reasons to proclaim the gospel.”

While Koning, the Paris pastor, gives “four stars” to CNEF leaders’ “seriousness and professionalism” in tackling the issue as well as their desire to be peaceful, obedient citizens, he said he and other colleagues think the posture has been “too kind and a little naïve.” He acknowledges that the government’s desire for control and the potential repercussions for freedom of speech and freedom of conviction give legitimate reason for French evangelicals to feel concerned.

On the other hand, he said, there are plenty of reasons not to feel afraid: In a democratic country like France, elections can change things, and there are French who think clearly and can parse through the political discourse.

Whatever the outcome, Koning said, “We’ll find a way to carry on serving the Lord … taking good care of our people by faithfully proclaiming to them the unaltered and life-changing gospel, serving and loving our neighbors just as they are, … never giving in to bitterness or hatred, always building bridges and relationships, in order to bring Christ to our nation.”

How can christian brothers and sisters outside France care for the French church? In separate interviews, Clavairoly and Diedrichs said the same thing: “Don’t be afraid for us.”

But there’s also a call for prayer.

Recognizing the spiritual stakes, CNEF leaders sensed committing to prayer would bring a greater return on investment than some of their meetings with government leaders. A thousand people receive the group’s weekly updates and prayer requests regarding the separatism bill’s progression.

“Pray for us,” Diedrichs invites those outside France, “that we will be courageous in advancing the gospel.”

Gerard Kelly, a British expat observer who has ministered in Fra

‘Minari’ Recognizes Those Who Have Sacrificed Much. So Can the Church. 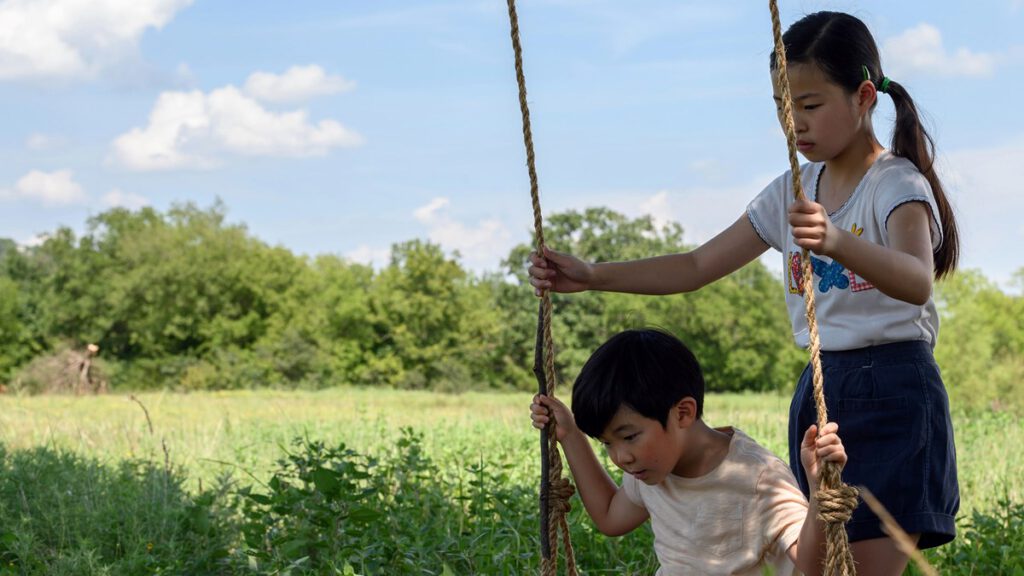 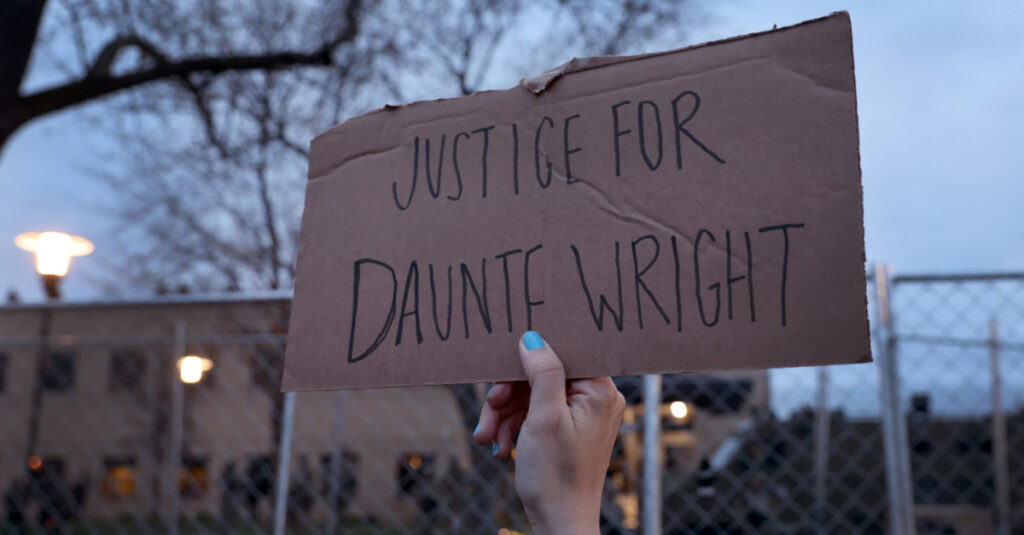