Are BLM leaders calling on the spirits of the dead?

Is it true that leaders of the BLM movement, including one of the co-founders, are calling on the spirits of the dead? That they claim to receive spiritual power from the deceased? That they talk with these spirits and even give them names? The answer to all these questions is yes. This is now an open secret.

Lest you think that this type of “spirituality” is exceedingly rare, I remind you that in October, 2019, the New York Times ran a story titled, “When Did Everybody Become a Witch?” The article claimed that, “We have reached peak witch,” noting that, “Real witches are roaming among us, and they’re seemingly everywhere.”

Yes, “Witches are influencers who use the hashtag #witchesofinstagram to share horoscopes, spells and witchy memes, and they are anti-Trump resistance activists carrying signs that say “Hex the Patriarchy” (also the title of a new book of spells) and “We are the granddaughters of the witches you weren’t able to burn.”

I documented this phenomenon in my book, Jezebel’s War with America, also arguing that many of the major trends in our society could be traced back to this “Jezebelic” spirit. These include the rise of pornography; the shout your abortion movement; radical feminism; the emasculating of men; the war on gender; the rise of witchcraft and sorcery; and the silencing of the prophetic voice of the church.

With the rise of the BLM movement, we have further evidence of this Jezebelic influence, as the co-founders are all radical feminists, with two of the three identifying as queer. (Please note that I use the initials BLM to distinguish this Marxist-based movement from the important affirmation that black lives do matter.)

We can now trace this demonic influence one step further, with the open, unapologetic statements of two key BLM leaders. I’m speaking about BLM co-founder Patrisse Cullors and Prof. Melina Abdullah, chair of the department of Pan-African Studies at California State University, Los Angeles, and a co-founder of the Los Angeles chapter of Black Lives Matter.

Their relevant video discussion on Facebook was posted on June 13. But even before that, on June 9, Heba Farrag posted an article on the Berkeley Center website titled, “The Fight for Black Lives is a Spiritual Movement.”

Farrag explained how Prof. Abdullah met with a BLM group in front of the house of Los Angeles mayor Eric Garcetti: “She led the group in a ritual: the reciting of names of those taken by state violence before their time — ancestors now being called back to animate their own justice:

“As each name is recited, Dr. Abdullah poured libations on the ground as the group of over 100 chanted ‘Asé,’ a Yoruba term often used by practitioners of Ifa, a faith and divination system that originated in West Africa, in return. This ritual, Dr. Abdullah explained, is a form of worship.”

Yes, this helps fuel the fires of the BLM movement: worship of the dead; calling on the dead; asking the spirits of the dead to empower the living today.

Abdullah and Cullors discussed this openly on their Facebook video, which Abraham Hamilton, III, brought to national attention on his daily radio show on August 13, playing relevant clips, in context.

In the video, Prof. Abdullah stated that “we become very intimate with the spirits that we call on regularly. Right, like, each of them seems to have a different presence and personality. You know, I laugh a lot with Wakisha, you know, and I didn’t meet her in her body. Right, I met her through this work.”

Yes, the spirits of the dead even have names, like Wakisha, with whom Abdullah exchanges some laughs.

Cullors, in response, explained how she has been empowered by these spirits and how the mantra to “say his (or, her) name” was more than a slogan. It was an appeal to the spirits of the deceased to rise up and work through her and others.

As summed up by Cullors, “The fight to save your life is a spiritual fight.”

As we have been emphasizing for months now, one is from below; the other is from above. One brings death, the other brings life.

Let the reader be aware. Fully aware. Calling on the spirits of the dead is a practice you want to avoid at all costs – for your own soul’s sake. 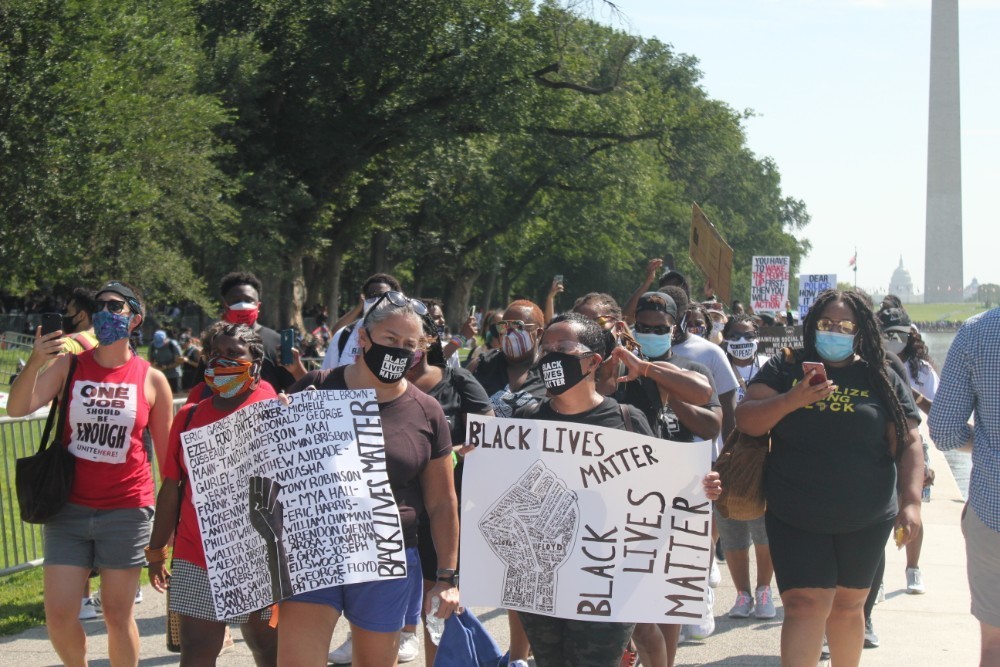