According to police, the unsanctioned protest led to “grave civil unrest,” with four demonstrators being arrested during the march on suspicion of rioting and attacking police officers.

“Three of the four were falsely arrested for causing public unrest. An unfounded violation that was not committed by any of them,” said the detainees’ solicitor, Attorney Daniel Haklai.

“It seems that they exposed the undercover officers [among the crowd], suffering retaliation” from law enforcement.

“The charges are unfounded,” Haklai said, adding that Raviv is a “glasses-wearing sweetheart who served in [the IDF’s elite military intelligence] Unit 8200, works in tech and is light years away from any violence or those using bicycle horns.”

Bicycle horns, known in Israel by the informal term “zamboura,” are frequently used in anti-government protests. The precinct’s deputy-commissioner claims to have been attacked by Raviv with such a horn.

The three other detainees, named Avichai Green, Shai Sadeh and Tal Sadot, “will most likely be released from custody overnight. Once police come to their senses regarding the arrest of Itay Raviv, I will come to court in the morning for him to be released as well,” Haklai said.

“Over several hours, demonstrators carried out an illegal protest march in the streets of Tel Aviv with no coordination” with law enforcement, Israel Police Spokesperson’s Unit said Wednesday night.

“The path of the march was random and erratic, changing without coordination or approval by police as the law requires.”

According to the spokesperson, “despite the difficulty associated with securing such a march and despite the disturbance of public order, police prepared in the field, allowing the demonstration to take place out of a desire to protest the right to protest.”

After “over three hours of roaming the streets of the city, the demonstrators were confined by law enforcement to an area where they could voice their protest statically.”

Police then said the protesters “attacked the officers, throwing objects and breaking through the police cordon, intending to block the road.”

The protesters “violated the emergency regulations, not keeping a two-meter (six-foot) distance and thereby posing a grave threat to both their health and that of the public,” according to police.

“Free speech and the right to protest do not cover endangering public health. We will persecute anyone who took part in the unrest and the attack on officers to the full extent of the law,” Israel Police said.

“I did not see any rioting. The protest ended on its own,” Alec Yefremov, a participant of the march, told The Jerusalem Post.

“Everything ended peacefully. Maybe police are referring to an earlier stage when arrests we carried out, but in that regard, they are obviously lying, as usual,” he added.

“I participated in the last half-hour [of the march] and it was as calm as a mint soda,” another protester said.

“A spontaneous, unorganized demonstration took place this evening in protest of the Israeli government’s failure to address the coronavirus crisis and its attempt to turn Israel into a dictatorship,” Stav Shomer, another protester, told The Post.

“Even though the bill restricting protests was not passed, Tel Aviv Police declared the march as ‘unlawful,’ showing unrestrained violence toward the protesters from the very beginning, attempting to suppress our democratic right to protest,” Shomer said.

Early Wednesday morning, the Knesset voted 46 to 38 to limit demonstrations against Prime Minister Benjamin Netanyahu to 20 participants. According to the new regulations, protests are allowed within a one-kilometer radius from one’s place of residence.Gil Hoffman contributed to this report. 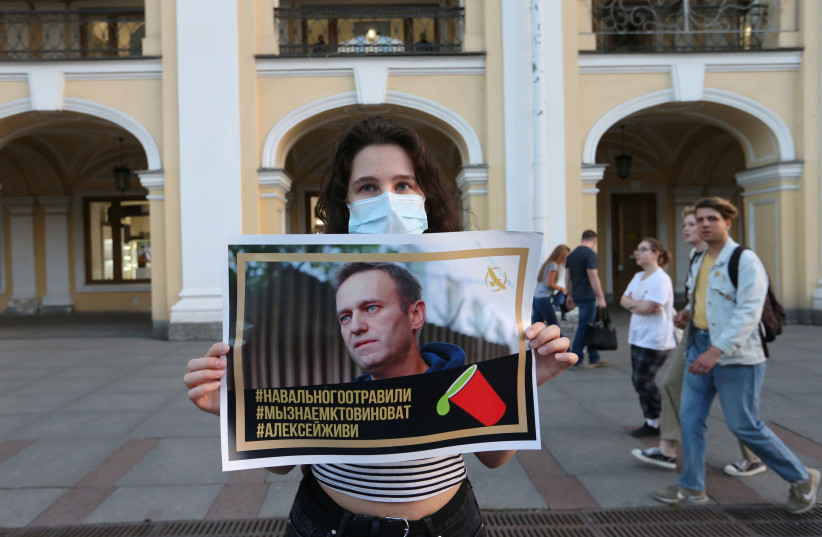