There are two pictures I could offer you of the role and significance of the Church of England in contemporary British society. The first is one of growing secularization and declining church attendance. The second is one where the church is the beating heart of the nation’s socioeconomic infrastructure, with an ever-increasing contribution of food banks, homeless shelters, and a range of community support.

Paradoxical though it may seem, both these pictures are recognizable reflections of the national church in Britain in 2020.

The evidence for secularization, or at least for the declining importance of Christianity, is compelling. christian affiliation in the UK fell from 66 percent to 38 percent over 25 years, with Anglicanism accounting for the sharpest decline in affiliation. By 2018, only 12 percent of the national population identified as belonging to the Church of England or its sister churches in Scotland and Wales.

Any residual cultural affiliation to the Church of England appears to be in freefall and is likely to accelerate; surveys show as few as 1 percent of 18- to 24-year-olds now identify as Anglican. Likewise, attendance at Church of England services has fallen significantly in recent decades, down to an average weekly attendance of 57 people (compared to a mean of 81 in the Episcopal Church in the US, which has also suffered decline).

Looking at the data, we might question the validity of a national church that attracts less than 2 percent of the national population to regular worship. Indeed, this might even be taken as fuel to fire the debate about the established nature of the Church of England. But what of the second picture?

The material and social conditions of the UK have seemed especially urgent of late, even prior to the coronavirus pandemic. Politically, latent divides have emerged and deepened in the wake of the 2016 European Union referendum result, multiple general elections, and ensuing instability. This has all come after over a decade of retrenchment in state provision and funding, leaving a gap that the charity and faith sector has sought to fill.

Contrary to what one might assume from the bleak attendance figures, the church’s capacity to address this challenging landscape and growing need has been unwavering. The vast majority of churches (89%) report having continued some form of social action during lockdown, such as facilitating food deliveries and phone conversations for those in need, even when UK government restrictions meant they couldn’t open their buildings for physical worship.

The provision of food banks is often used as shorthand for the growth in community work by the church in the UK. The demand for emergency food parcels has risen steeply in the last decade and even more acutely since the onset of the pandemic, and the local church plays a vital role in providing and distributing them through volunteer capacity, donations, and storage space.

However, the social action and community outreach of the church goes well beyond food banks. A recent report estimated the value of church buildings to the UK economy at 12.4 billion pounds ($16.4 billion) a year. Churches and their congregations play host to night shelters for the homeless through cold winters, lunch clubs providing hot meals and company to the elderly, debt advice centers, and toddler groups offering a lifeline for parents and young children.

The issue of “holiday hunger”—children going without meals during school holidays—has been brought into the public consciousness recently thanks to the campaigning work of Manchester United footballer Marcus Rashford. The church has long been at the forefront of running holiday clubs to ensure children in the most deprived communities have access to food and fun activities when school’s out.

And not all the church’s social action is delivered through organized programs. Much of it happens reactively or informally, through relationships of pastoral support built by clergy and congregation members—for example, assisting refugees and asylum seekers with legal paperwork or, during the pandemic, supporting neighbors who were staying at home to protect themselves from the virus.

The Church of England Paradox

I have spent the last three years researching this perceived paradox in the context of the Church of England. I have traveled the length and breadth of England, interviewing hundreds of people in communities from inner cities to rural villages, to explore the connection between social action, discipleship, and church growth. Can it really be the case that an organization whose membership continues to fall is at the same time increasing its service of the community? The answer offers lessons for churches on both sides of the pond.

The main finding of this research, Growing Good, is that faith-based social action—practical service provided by the church for the wider community—can lead to growth in numbers. It can also deepen faith because it brings congregations into meaningful relationships with those they would not otherwise have come into sustained contact with. This offers a challenge to the way we often view the connection between social action and evangelism, with implications reaching beyond the Church of England or even the church in England.

First, we can see a clear distinction to be made between social action and mere charity. We might see this as the difference between a relationship and a transaction. Charity implies a power dynamic between giver and recipient, while at its best social action is a two-way relationship that can be transformative for both parties as equals. This distinction is critical for the growth of the church and the faith journey of those involved.

My research identified hospitality and generosity as two of the defining characteristics of churches growing through their social action. Similarly in the US, a study of nonreligious individuals found that one of the top predictive factors of growing churches was their hospitality to those who were not part of the congregation. Dorothy Day once wrote, “Food for the body is not enough. There must be food for the soul.” Genuine christian hospitality, rather than charity or evangelism, offers both in a way that is transformative for all those around the table. It is the difference between feeding people and sharing a meal with them, offering them charity or building a relationship.

The American sociologist of religion Peter Berger wrote about what he called “plausibility structures”—the social and cultural conditions of belief systems that render belief possible. The existence and strength of these structures determine the likelihood that someone who does not hold a particular belief system might be convinced of its value and validity. They also help us filter out ideas that are unreasonable or unbelievable within a particular worldview.

For the church, we might see these as what makes the content of our evangelism more or less persuasive. Berger’s original concept frames these plausibility structures as something cognitive: the intellectual conditions that make a belief system possible. But there is a practical dimension too.

The social action of the church in the community can form part of the plausibility structures of Christianity, in as much as it reflects the goodness of God as expressed in the gospel. If people recognize the church, both locally and nationally, as a place where good things happen, then clearly this can increase the plausibility that the beliefs behind it are also good. Social action renders plausible the goodness of the God who inspires it, and a faith that compels individuals to serve others is more plausible than one that does not.

Social Action and Evangelism Together

Throughout the research, I heard countless stories of individuals drawn to the church community not because cerebral curiosity drew them but because they were attracted by the goodness that they saw in its action. In a church that has grown a reputation locally because it supports refugees and asylum seekers through coordinating aid trips to the camps on the French coast, one individual told me:

I saw a Facebook post about this church. It was about the collection for the refugee aid trips. I just thought, “This is a church that’s actually living out the gospel. I have to go and see what’s happening.” So we did and we never left.

This person did not have a church background and, by her own admission, would not have been interested in the church’s evangelism in the conventional sense. For example, this individual would not have responded to the invitation to an evangelistic course or worship service, nor would she have articulated a strong intellectual interest in exploring faith or spirituality. Yet in the church’s social action and service of others, this person found a convincing and compelling argument for the gospel, which led her to become part of the worshipping community and encounter Jesus.

This church, in an unremarkable small town, is seeing its attendance grow and the faith of its congregation deepen through social action and, in doing so, providing a valuable example for the whole Church of England. As Lesslie Newbigin wrote, “the only hermeneutic of the gospel, is a congregation of men and women who believe it and live by it.”

This is not to say that churches should engage in social action solely because of its potential to draw people in. These activities are good in their own right and are a response to the biblical call to love our neighbors, regardless of the activities’ evangelistic outcome. However, thinking of social action as entirely distinct from our evangelism might also underplay the ways in which peopl 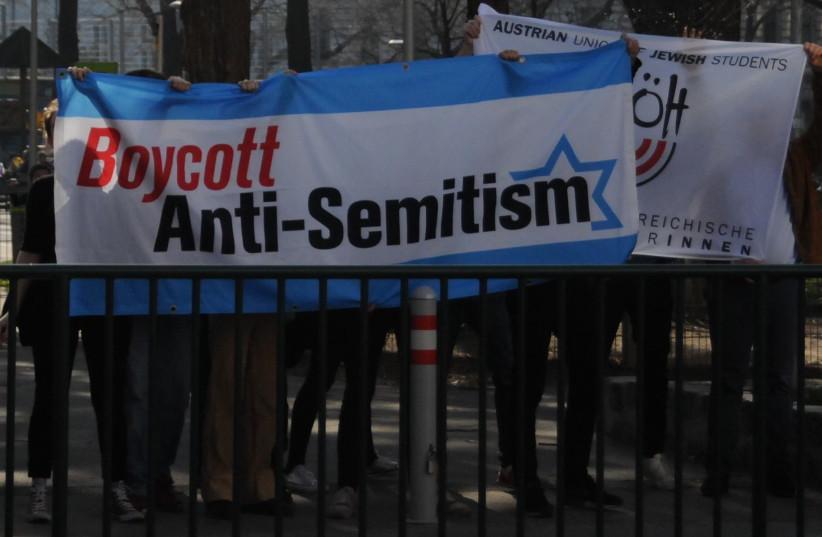