Amid War and Rumors of War, Ukraine Pastors Preach and Prepare

“Go closer to meet those who are against you or fighting you,” Yuriy Kulakevych, foreign affairs director of the Ukrainian Pentecostal Church, told his congregation on Sunday, February 20, at God’s Peace Pentecostal Church in the capital, Kyiv.

“We are not only to enjoy peace ourselves, but to share it.”

Preaching on the Sermon on the Mount’s injunction toward peacemaking, Kulakevych continued his laser-sharp focus on the possible Russian invasion. Five weeks ago, as the separatist conflict in the eastern Donbas region began to escalate, he surveyed the Bible for its teaching on “wars and rumors of war.”

He followed that with an application of “Do not let your hearts be troubled” and, on the next Sunday, a treatise on worry. Last week, he tried shifting to include more mundane examples in a sermon on Jesus calming the storm, such as pandemic, career, and relationship difficulties. But the Russian threat did not dissipate.

“Protect yourself and your family by all possible means,” Kulakevych told the church. “And serve as a mentor for people in a bad state.”

“Pastors in the gray area are not leaving the area,” said Igor Bandura, senior vice president of the Baptist Union of Ukraine, describing the frontline. “Christians are determined to take an active part in the needs of the people around them.”

They have already, planting 25 churches in the past five years.

At Irpin Bible Church in suburban Kyiv, Bandura quickly changed the sermon he had prepared on marriage. Instead, the focus turned to prayer: for wisdom, courage, ministers in the occupied territories, the national army—and even the enemies of Ukraine.

“I do not know in what mood you came here,” he challenged his listeners, “but I know for sure that if you open your heart to the Lord, you will come out renewed, strengthened in Jesus Christ, and ready for anything that is challenging our life.”

For weeks the Eastern European nation has lived in tension as an estimated 150,000 Russian troops amassed on the border. But the “gray area” has experienced this friction for much longer. The stretch of land in the Donbas, representing about 40 villages, lies between Ukrainian government control and Russian-backed militias in the occupied regions of Donetsk and Luhansk.

In 2014, Russia invaded Ukraine in support of the separatists. It annexed the Crimean Peninsula on the Black Sea and recognized the proclaimed independence of the two “republics.”

“The tension is real; you can feel it in this frozen air,” he said in a video from the capital. “Should there be chaos and confusion, the Baptist churches could be lighthouses in their community.”

Standing in front of St. Sophia Cathedral, the oldest church in Ukraine and an 11th-century “rival” to Constantinople’s Hagia Sophia that helped spread the Orthodox faith through the Russian world, Brown said the Baptists have invested $2 million into local aid, relief, and development.

The All-Ukrainian Union of Evangelical Baptist Churches, the largest Protestant community in Ukraine, reports among its ranks 2,272 churches, 320 missionary groups, and 113,000 adult believers.

Many of these believers are mobilizing. Bandura explained that plans are underway to turn church basements into refugee centers, as they stock up on supplies. Members with medical backgrounds are readying for service.

“We very much hope that our house of prayer will not be needed to shelter people,” said Volodymyr Nesteruk, pastor of Regeneration Baptist Church in Rivne, 200 miles west of Kyiv. “But we are preparing so that people can come here, if necessary, to find safety and shelter.”

Far from the eastern gray zone, Rivne is only 100 miles south of the border of Belarus, a Russian ally where 9,000 troops have gathered for war drills.

But preparations are being made even further west.

“If something happens, we will open our homes and our churches to you,” said Yaroslav Pyzh, president of the Baptist seminary in Lviv, only 40 miles east of Poland.

In recent days, Ukrainian officials have tried to downplay the threat of an invasion, especially from the Belarussian north. The troops gathered there are not sufficient for a rapid assault on Kyiv, they said.

But conflict has been spiking in the Donbas, threatening Baptist unity.

“Christians are being forced to go to war against Ukraine,” said a pastor in Luhansk, who requested anonymity, referencing reports he received from local churches.

“The brothers received summonses stating that they had to report to the military commissariat. … In case of disobedience, they will be held accountable.”

Since 2014, about 14,000 people have been killed in the war. But until now the trend was downward. Only 25 civilians were killed in 2021, the lowest figure since the conflict began.

Ukrainian positions were shelled 80 times on Sunday, according to a military spokesman. Two soldiers were killed, and troops were given orders not to return fire. Separatist authorities, however, said four civilians were killed by Ukrainian shelling.

Evangelicals in Donbas give conflicting accounts.

Amid a general conscription announced this past Saturday, only the women, children, and elderly are permitted to leave the occupied areas, said the Luhansk pastor. About 100,000 have done so, receiving 10,000 Russian rubles (about $127) in refugee camps near the Black Sea port of Rostov. But there is no reason to evacuate, he said, as the Ukrainian military is not pushing forward.

Pavel Karamyshev, who directs an evangelical camp in Donetsk, confirmed the news about shelling and mass migration. But he said both sides were firing, though he was not sure who initiated.

“As the Lord lives, and blessed is our protector,” he said, “let us intensify prayers for the protection of Donbas.”

His remarks were given to Vitaly Vlasenko, general secretary of the Russian Evangelical Alliance, who had trouble believing Ukraine could be behind the shelling.

“It is not wise for Ukraine to start anything; don’t provoke aggression,” he said, “Something wrong is going on.”

Confident that Russia was not directly instigating things either, he said the provocation could be from either side. Perhaps the military was seeking to stymie negotiations between Russian President Vladimir Putin and US President Joe Biden.

But seeing patterns from czarist and Soviet history, he worried that the rebels might be starting a fight—ready to call on Russia for help.

Vlasenko’s Church of the Annunciation of Evangelical christian Baptists, in Moscow, held a special prayer for peace and reconciliation on Sunday.

While there was no special emphasis in the sermon, assistant pastor Vladimir Tripolski shared a poignant testimony from his flight with his family from Chechnya, two decades earlier, when Muslim separatists fought for independence from Russia.

“I didn’t know where I would go, but a Baptist church gave me shelter,” Tripolski said, drawing tears from the audience. “Let us turn our hearts toward the refugees.”

Vlasenko said discussions are underway about how the Russian evangelical alliance can assist in the camps outside Rostov.

Brown expressed his thanks to both Ukrainians and Russians who are demonstrating faithful witness.

“As one Baptist family rooted in Jesus Christ as Lord,” he said, “we bear witness to the biblical truth that ‘if one member suffers, all the members suffer with it.’”

Some Ukrainians, however, are calling out the Russians.

“Do you still sing ‘spiritual’ songs on Sundays … despite the bloodshed daily, on your behalf, by your troops, by your government of murderers, liars, and usurpers?” asked Gennadiy Mokhnenko, pastor of the Church of Good Changes. “Go on, don’t be distracted from your … fake Christianity.”

Mokhnenko, active in orphan ministry, has reason to fear the creation of more children in need. His church is in Mariupol, 30 miles from the Russian border. It is the second-largest city in the Donetsk region and its redesignated capital, as it remains under Ukrainian go 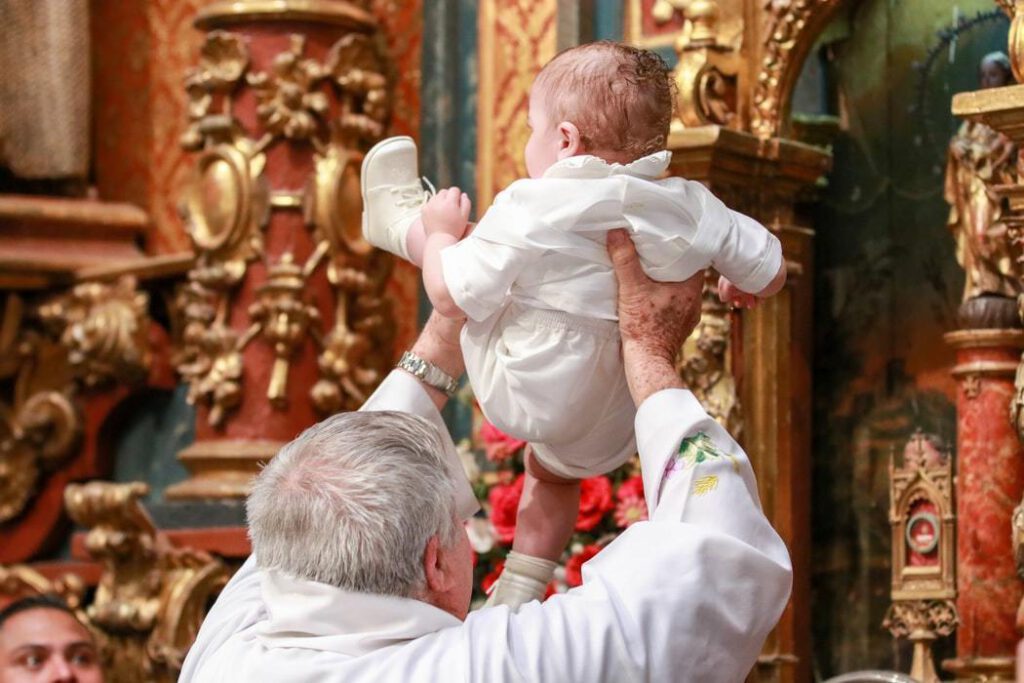 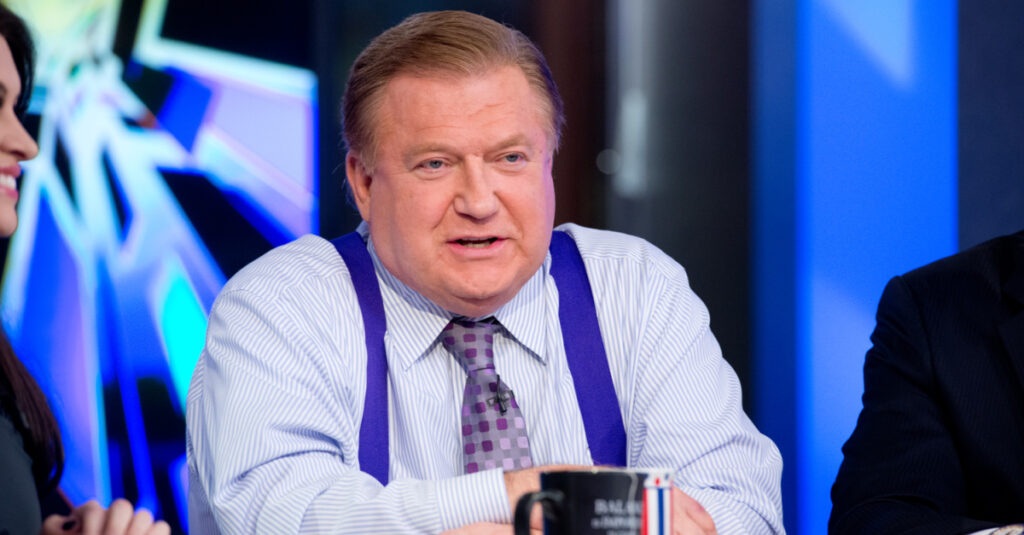